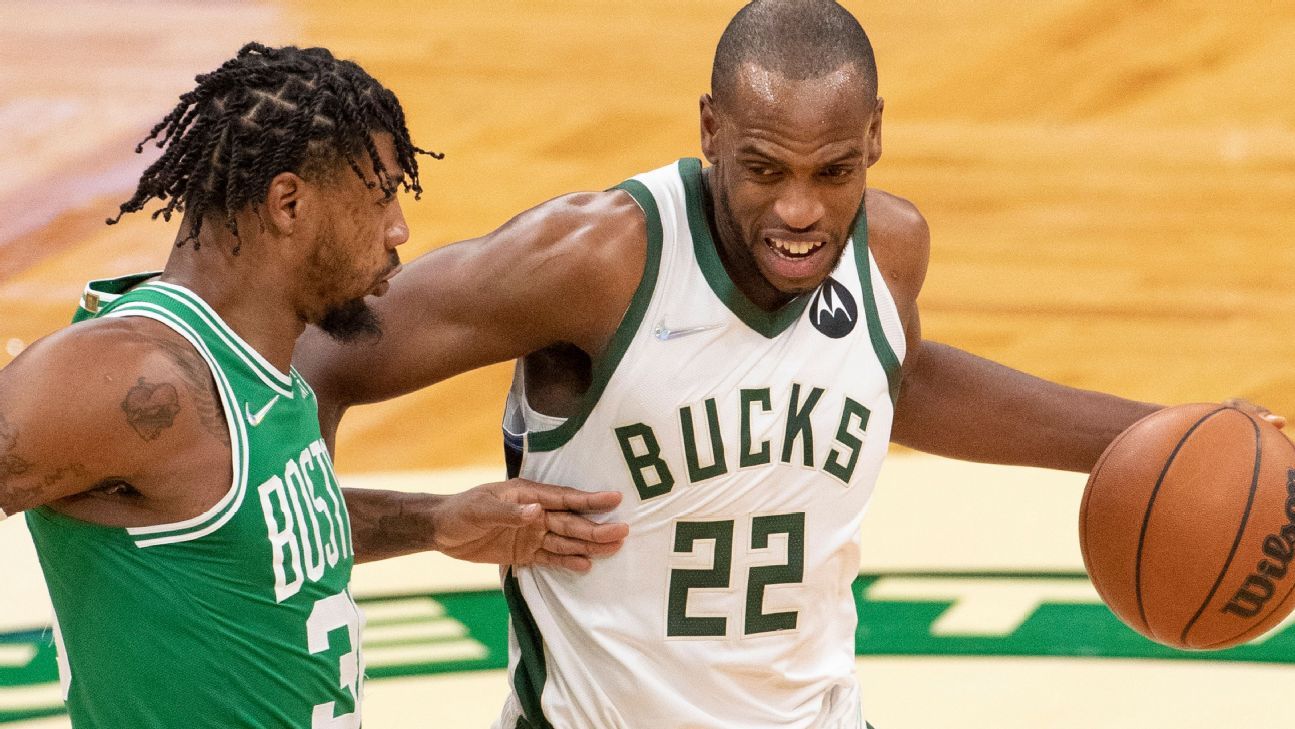 BOSTON — Milwaukee Bucks star Khris Middleton suffered a hyperextended left knee late in the third quarter of Monday night’s game here at TD Garden against the Boston Celtics, and was subsequently ruled out for the rest of the night by the team.

Middleton suffered the injury when he landed awkwardly at the end of a defensive possession. After staying on the ground for a moment wincing, Middleton got up and limped down to the other end of the court for the ensuing offensive possession.

He didn’t stay on the court for long, however, as he immediately exited the court after a foul on the next defensive possession for the Bucks, going straight back to Milwaukee’s locker room with its trainer without stopping at the bench.

A short time later, the team ruled him out.

Milwaukee entered Monday’s game with an 18-10 record, good for second in the Eastern Conference, and was 13-1 in games that Middleton, Giannis Antetokounmpo and Jrue Holiday all played in.

Middleton, 30, was averaging 18.5 points, 5.5 rebounds and 5.0 assists before Monday’s game for the Bucks this season, after winning both an NBA championship last season with the Bucks and then a gold medal — alongside Holiday — with Team USA this past summer in the Tokyo Olympics.