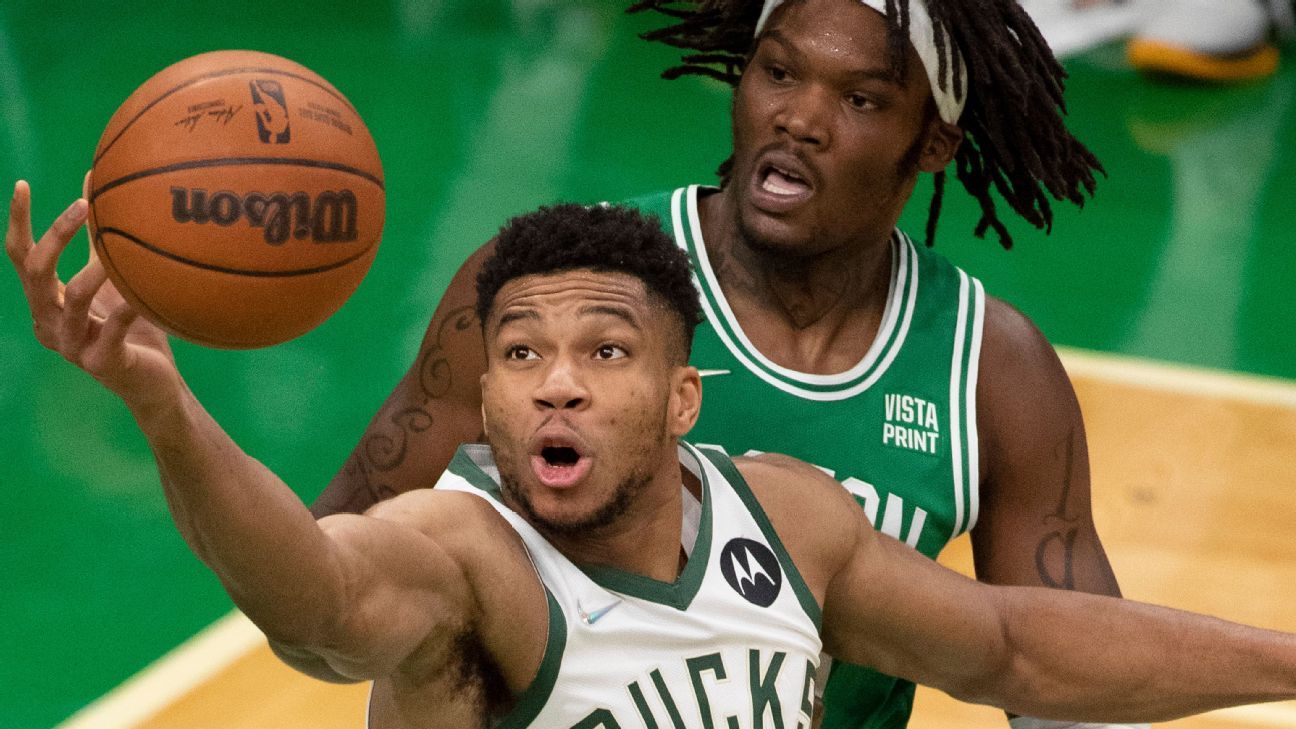 The Milwaukee Bucks listed Giannis Antetokounmpo as out for Wednesday’s game against the Indiana Pacers after he was placed in the NBA’s health and safety protocols Tuesday night.

Antetokounmpo went into the protocols a day after scoring 20 points in 34 minutes in a 117-103 loss to the Celtics in Boston. Bucks guard Wesley Matthews has also been in the protocols the past two games.

To clear the protocols, a player must either be out for a minimum of 10 days or return two negative PCR tests at least 24 hours apart. Tuesday’s news now leaves Antetokounmpo’s status for Milwaukee’s rematch with Boston on Christmas Day in doubt.

In one positive piece of news for the Bucks, All-Star Khris Middleton was only listed as questionable for Wednesday’s game after positive results from imaging done on his hyperextended left knee suffered during Monday’s loss.

The injury occurred when Middleton collided with teammate Rodney Hood as they went after a defensive rebound late in the third quarter, and his leg buckled awkwardly. After he winced and stayed on the ground for a moment, Middleton got up and limped to the other end of the court for Milwaukee’s ensuing offensive possession.

As soon as it was over, however, the Bucks committed a foul, and Middleton walked straight off the court and into the locker room.

It turned out, however, that Milwaukee’s positive thoughts after the game about Middleton’s status — including comments from coach Mike Budenholzer, Antetokounmpo and Jrue Holiday, as well as Middleton being seen leaving the locker room under his own power — proved true, and he should miss little time, if any.

Milwaukee has six games over an 11-day span beginning Wednesday, followed by a road game in New Orleans, home games against Cleveland and Houston, a road game in Dallas and then the Christmas Day showdown with Boston at home.