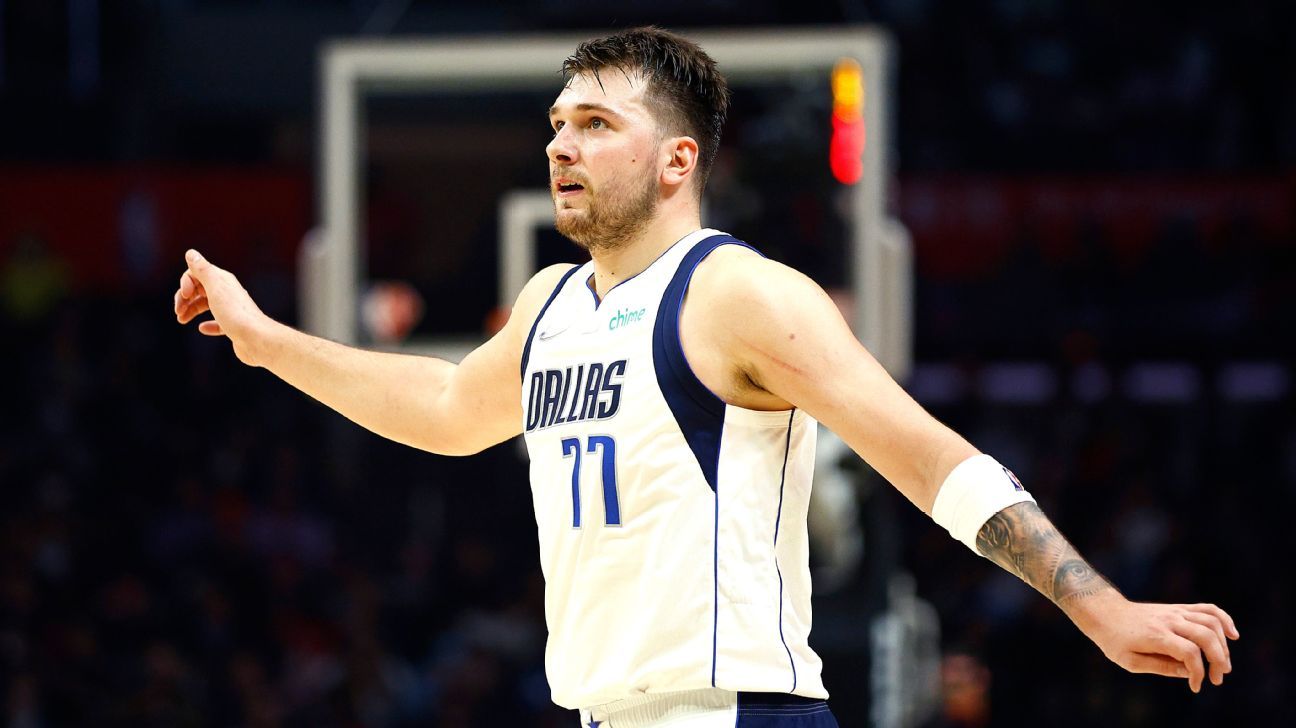 Dallas Mavericks All-NBA guard Luka Doncic has entered the league’s health and safety protocols, threatening the loss of another league star for its slate of Christmas Day games.

The Mavericks play Milwaukee on Thursday and Utah on Saturday night in Salt Lake City in the final of ESPN/ABC’s five Christmas Day games.

Players have to return consecutive negative tests in a 24-hour period or be sidelined for 10 days before they can resume play.

Doncic had missed five straight games with what the team said was a sore ankle, but there were plans for him to return Thursday against the Bucks.

Bucks’ Allen banned 1 game for foul on Caruso
LeBron: In ‘one of the best zones offensively’
The Whiteboard: Ja Morant is scoring in the paint at a historic rate
LeBron surges ahead of Curry in All-Star voting
Malik Monk borrowed his tattoo strategy from Nick Young