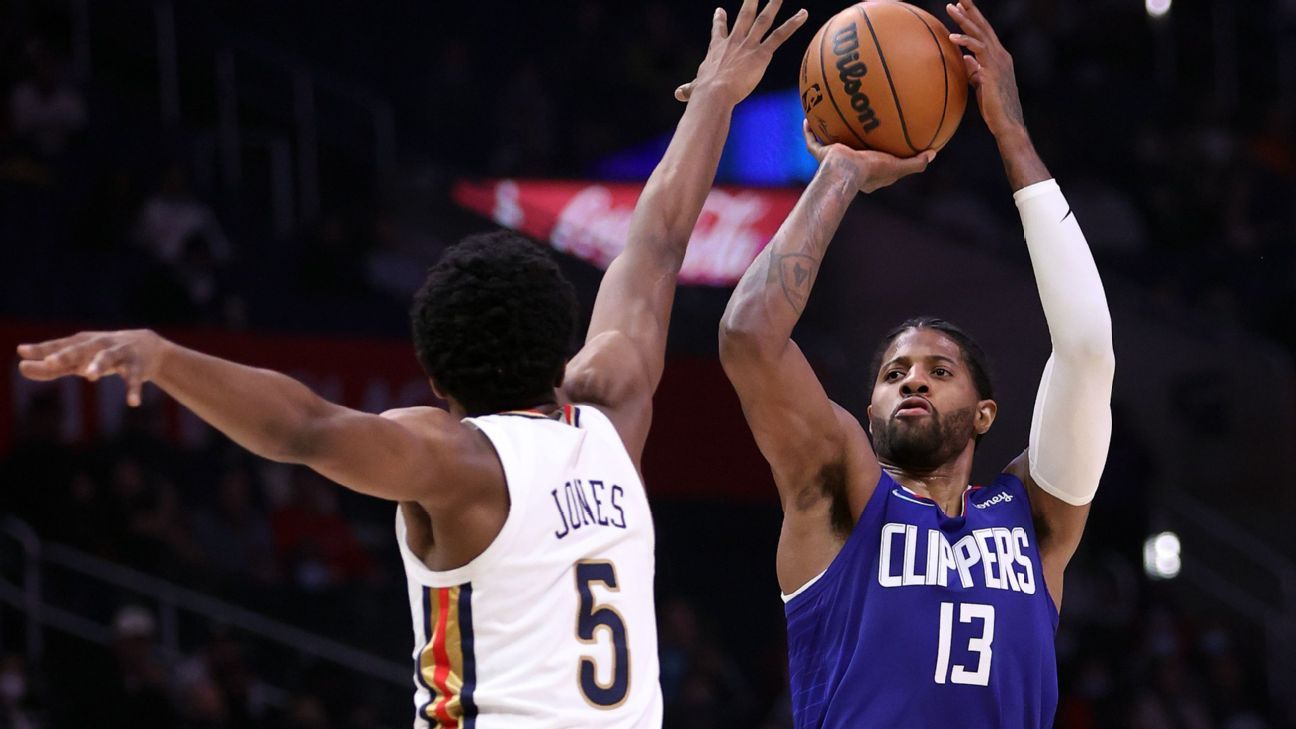 LA Clippers All-Star Paul George suffered a torn ulnar collateral ligament in his right elbow and will rest the injury for the next three-to-four weeks prior to a revaluation, the team announced Saturday.

There’s no clear timetable on a return to play, but the hope is that resting the injury over the next month can provide a pathway to a recovery for George.

For the Clippers — already playing without All-NBA forward Kawhi Leonard this season due to an ACL — the loss of George for a significant period will be a challenge to overcome. The Clippers are 17-15 and holding onto the fifth seed in the Western Conference.

George sprained his elbow on December 6 against Portland, rested and rehabbed for two weeks and returned for two games — Tuesday against the Spurs, and Thursday against the Kings — before he felt pain again. Further imaging showed the torn ligament.

Donovan: Allen’s flagrant on Caruso ‘dangerous’
Frank Vogel had front office support to bench Russell Westbrook in crunch time
LeBron surges ahead of Curry in All-Star voting
Watch: Steph Curry can’t believe it took him this long to make a buzzer-beater
The Whiteboard: Which NBA players are shooting better and who is just more open?