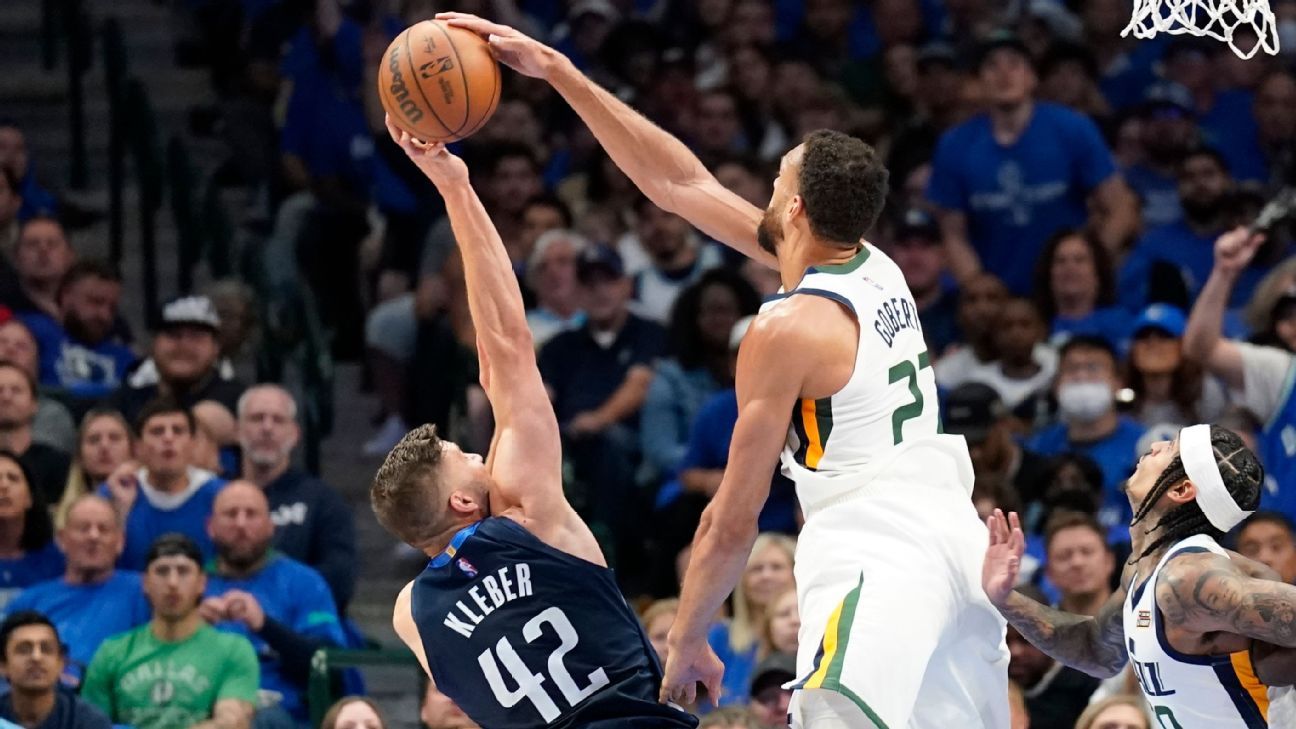 The 2022 NBA playoffs have finally arrived! After an unprecedented regular season, featuring some of the closes races in recent memory, Saturday marks the beginning of what each of these 16 teams hope will be a two-month march to the NBA championship.

In the Western Conference, Donovan Mitchell and the No. 5 seed Utah Jazz take on the No. 4 Dallas Mavericks, who are without franchise superstar Luka Doncic, ruled out of Game 1 Saturday morning with a strained left calf. There is significant concern as to Doncic’s availability for Game 2 as well, sources told ESPN.

The No. 7 seed Minnesota Timberwolves, who defeated the Los Angeles Clippers in the No. 7-No. 8 play-in game, are in Memphis to face Ja Morant and the No. 2 seed Grizzlies, who finished with the league’s second-best record — 56-26 — this season. In the late game, the Nikola Jokic and the No. 6 seed Denver Nuggets are in San Francisco to face a No. 3 seed Golden State Warriors team hoping to recapture it dynastic past.

Over in the East, the No. 5 seed Toronto Raptors face Joel Embiid, James Harden and the No. 4 seed Philadelphia 76ers, who will be without defensive star Matisse Thybulle for potentially all three games in Toronto.

Our NBA experts are watching it all. Here are the most important takeaways from each of the four games on Day One of playoff action.

More: Everything you need to know about the 16 teams still standing

It shouldn’t come as any surprise that the Mavericks’ offense sputtered while injured superstar Luka Doncic wore a hoodie and watched from the bench.

The Mavs’ chances of advancing past the first round for the first time since their 2011 title run take a major hit if Doncic is munching popcorn during games. Dallas’ hopes for playoff success hinge primarily on its perennial MVP candidate putting on a show, which isn’t likely to happen Monday night for Game 2, as much as Doncic and the Mavs’ medical staff try to expedite the healing of his left calf strain. Dallas coach Jason Kidd calls Doncic “day to day,” but the Mavs would be ecstatic if he’s ready to return by the time the series shifts to Salt Lake City.

The Mavs proved Saturday in their 99-93 Game 1 loss that they can make the Jazz play in the mud, almost pulling off a double-digit comeback against a team particularly prone to giving them up. Utah’s offense was ugly. Dallas prevented the NBA’s top-ranked offense from getting clean 3-point looks and lobs to All-Star big man Rudy Gobert — quite an accomplishment to deny both weapons and make All-Star guard Donovan Mitchell (32 points on 10-of-29 shooting) work so hard to score.

The Mavs’ problem, predictably, was their offense was even uglier. Doncic led the NBA in usage rate for the second consecutive season for good reason. He’s as good as anyone in the league at solving defenses, a threat to score at all three levels and elite at setting up his teammates for dunks and 3s. And he’s surrounded by role players who excel playing off him — but aren’t suited to consistently create offense, especially with Gobert shutting down the paint.

It’s hard enough to win in the NBA playoffs with a lone star when he’s healthy. — Tim MacMahon

Westbrook, Hield, Turner: Five questions to answer before the proposed Lakers-Pacers trade
Why have the Phoenix Suns not traded Jae Crowder yet?
Kawhi, PG to remain out Sunday due to injuries
Redrafting the 2019 NBA Draft: Injury concerns and flawed greatness
Jaylen Brown dangerously appears to side with anti-Semitic movement supporting Kyrie Irving