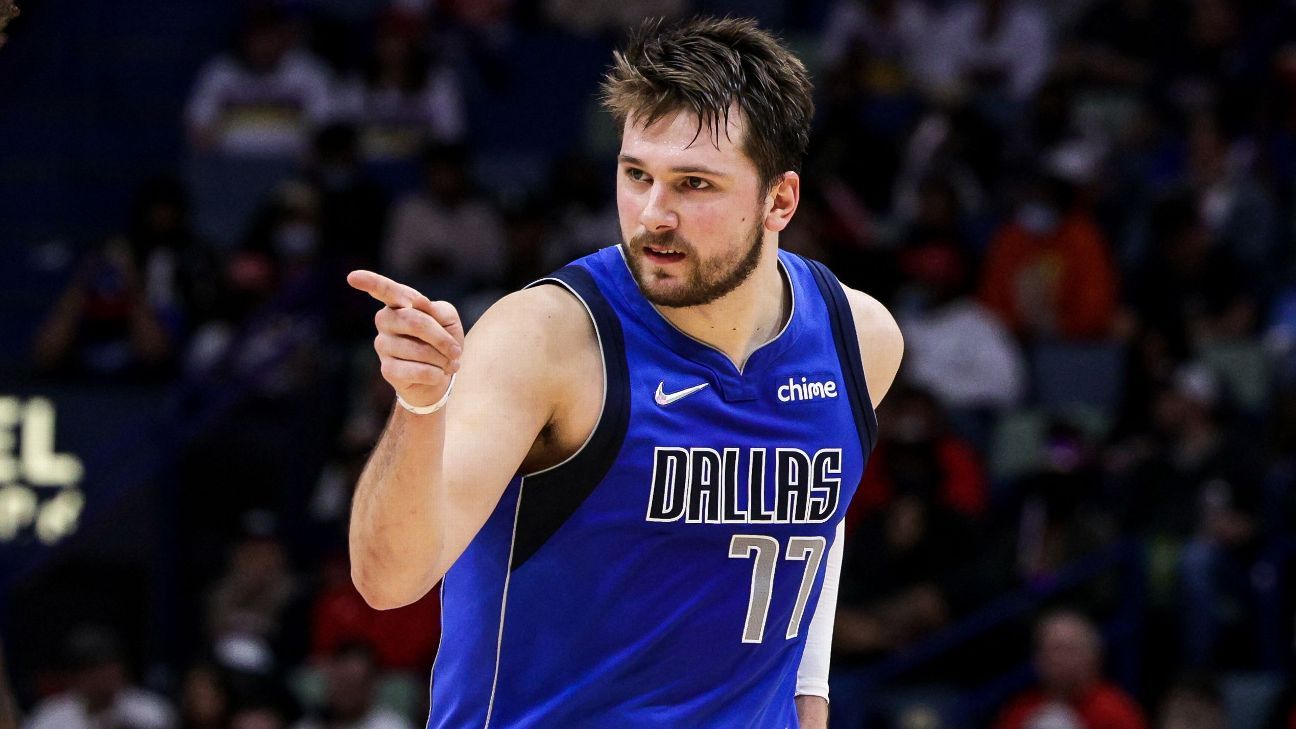 DALLAS — Dallas Mavericks superstar Luka Doncic remains unlikely to play in Monday’s Game 2 against the Utah Jazz as he progresses in his recovery from a strained left calf, sources told ESPN.

Doncic has yet to be ruled out, but sources said he would have to make dramatic improvement in the next 24 hours to be cleared to play.

Doncic did light shooting for the second consecutive day on Sunday, a sign of progress in his recovery from a strained left calf, but coach Jason Kidd said that his status for Game 2 was yet to be determined.

“Yesterday was another good day, and today he’s back on the court, so that’s a plus,” said Kidd, whose team suffered a 99-93 loss to the Utah Jazz on Saturday in Game 1 without Doncic. “And we’ll see how he feels tomorrow.”

Doncic, who suffered the injury during the April 10 regular-season finale, has not participated in a practice since straining his calf.

Doncic has been riding the exercise bike and jogging on the treadmill in recent days. He progressed to light shooting on Saturday.

During the time the media was allowed to observe Sunday, Doncic worked in the weight room before doing light shooting on the floor. He started with stand-still shooting and mixed in some low-speed off-dribble work.

After the media access period closed, Slovenian music continued to play over the speaker system, a sign that Doncic’s workout continued.

Dallas is 8-10 without Doncic this season, including the Game 1 loss to the Jazz.

“If he can’t play, we have to go forward,” Kidd said. “We showed that already in Game 1. If it happens in Game 2, then that’s the way we have to go. That’s just the way sport can be sometimes.

“Injuries come at the wrong time. Luka’s injury came at the wrong time, but we can’t cry over spilled milk. We’re all professionals and we understand what the situation is. If he can go, that doesn’t automatically mean we’re going to win games, but we feel better if he is on the floor. Hopefully, he can get on the floor soon.”