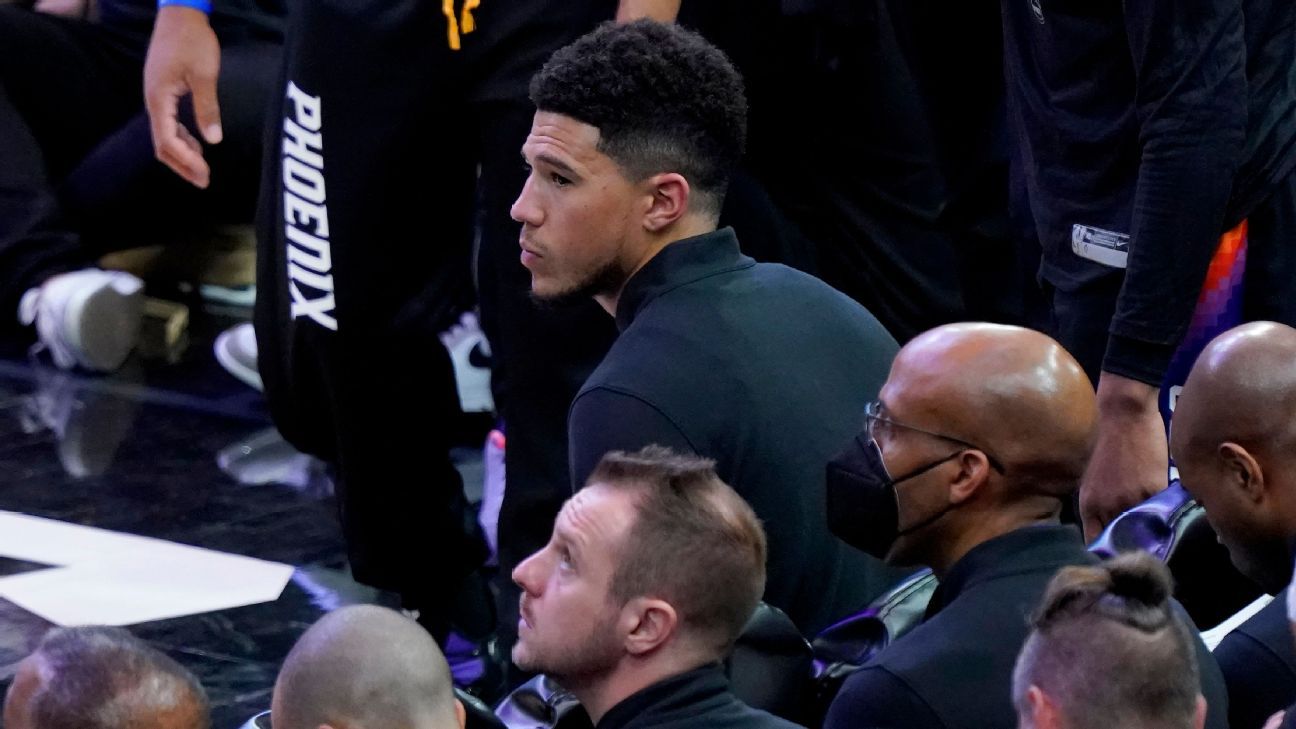 Phoenix Suns star Devin Booker is likely to miss Games 3 and 4 against the New Orleans Pelicans with a mild right hamstring strain, but he hasn’t been ruled out for the rest of the opening-round Western Conference series, sources told ESPN.

The Suns were still evaluating results of an MRI on Wednesday to get a full picture of the injury and a clearer timeline for a return, sources said.

Booker had a prolific first half in Tuesday night’s Game 2, scoring 31 points and nailing seven 3-pointers. But he didn’t score in the third quarter, and with 4:45 left in the period, he appeared to tweak his right hamstring as he was jumping to challenge a Jaxson Hayes dunk in transition. He immediately asked for a timeout and went to the locker room.

After Booker went down, the Pelicans put together a huge finish en route to a 125-114 win to even their first-round series at 1-1.

The Suns were 8-6 in games without Booker this season.

Game 3 is Friday in New Orleans.

Information from ESPN’s Brian Windhorst was included in this report.