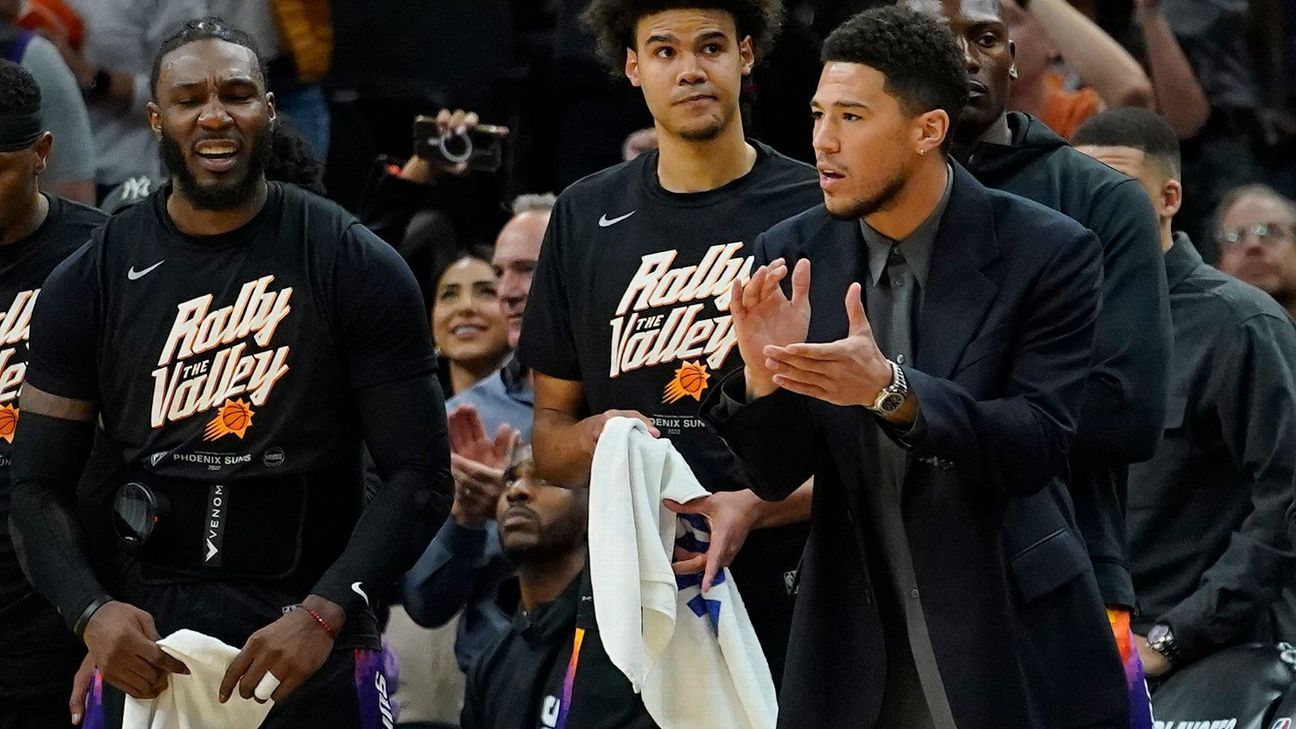 Phoenix Suns All-Star guard Devin Booker is progressing on a return soon, possibly for Game 6 on Thursday or a potential Game 7 on Saturday in the franchise’s Western Conference first-round playoff series against the New Orleans Pelicans, sources told ESPN.

Booker has made significant progress with his strained right hamstring in recent days and there’s momentum on a return in the coming days, sources said.

The expectation is that Booker wouldtially return in limited minutes, sources said.

The Suns are expected to list Booker as “out” on the team’s injury report on Wednesday, but that could be adjusted in the hours leading up to Thursday’s Game 6 to reflect Booker’s possible progress.