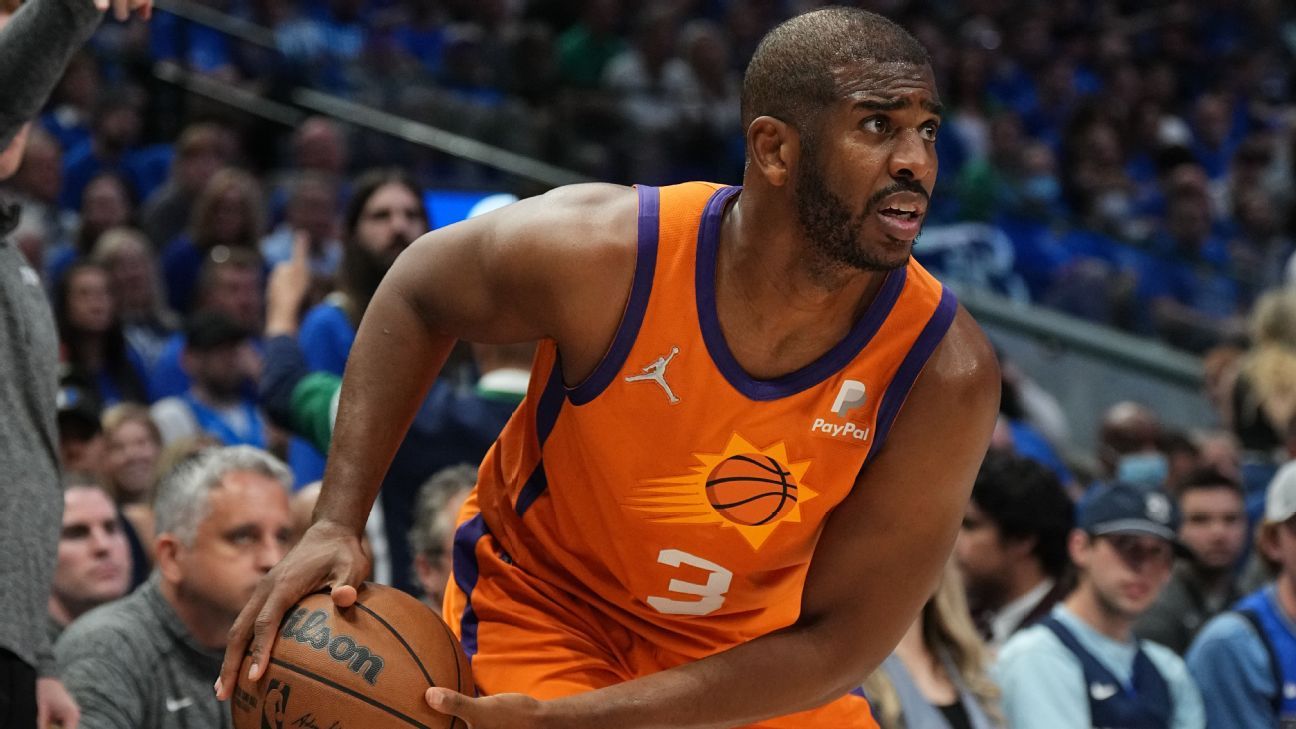 DALLAS — Several family members of Phoenix Suns point guard Chris Paul in attendance for Game 4 of the Western Conference semifinals against the Dallas Mavericks on Sunday were harassed and physically contacted by a fan in the crowd, sources told ESPN.

Paul addressed the disturbing Mother’s Day incident on social media following the Mavs’ 111-101 win that tied the series at 2-2.

He tweeted: “Wanna fine players for saying stuff to the fans but the fans can put they hands on our families … f— that!!”

Paul’s mother, Robin, as well as his wife, Jada, and their two children watched the game in seats close behind the Suns’ bench at American Airlines Center, sources told ESPN. His mother had hands put on her and his wife was pushed, a source familiar with the situation told ESPN, and Paul’s kids were there to witness it.

Paul’s wife was also followed up the aisle when she left her seat, a separate source said.

The Mavericks organization was aware of the incident and released a statement that read, in part: “It was unacceptable behavior and will not be tolerated. The Mavericks, along with American Airlines Center, swiftly removed the fan from today’s game.”

Paul, who fouled out of the game with 8 minutes, 58 seconds remaining in the fourth quarter after being limited to five points in 23 minutes, consulted with security personnel stationed near the Suns’ bench to express concern about what his family was being subjected to.

“They felt very unsafe,” a source familiar with the situation told ESPN.

Celtics’ Williams (knee) still questionable for G6
Booker relishing first G7, says Suns are ‘locked in’
LeBron James responds to Tom Brady’s challenge for a 1-on-1 matchup
Warriors fans should thank Draymond Green, not Mike Brown, for Game 6 lineup change
The Whiteboard: Who is the most unstoppable player left in the NBA Playoffs?