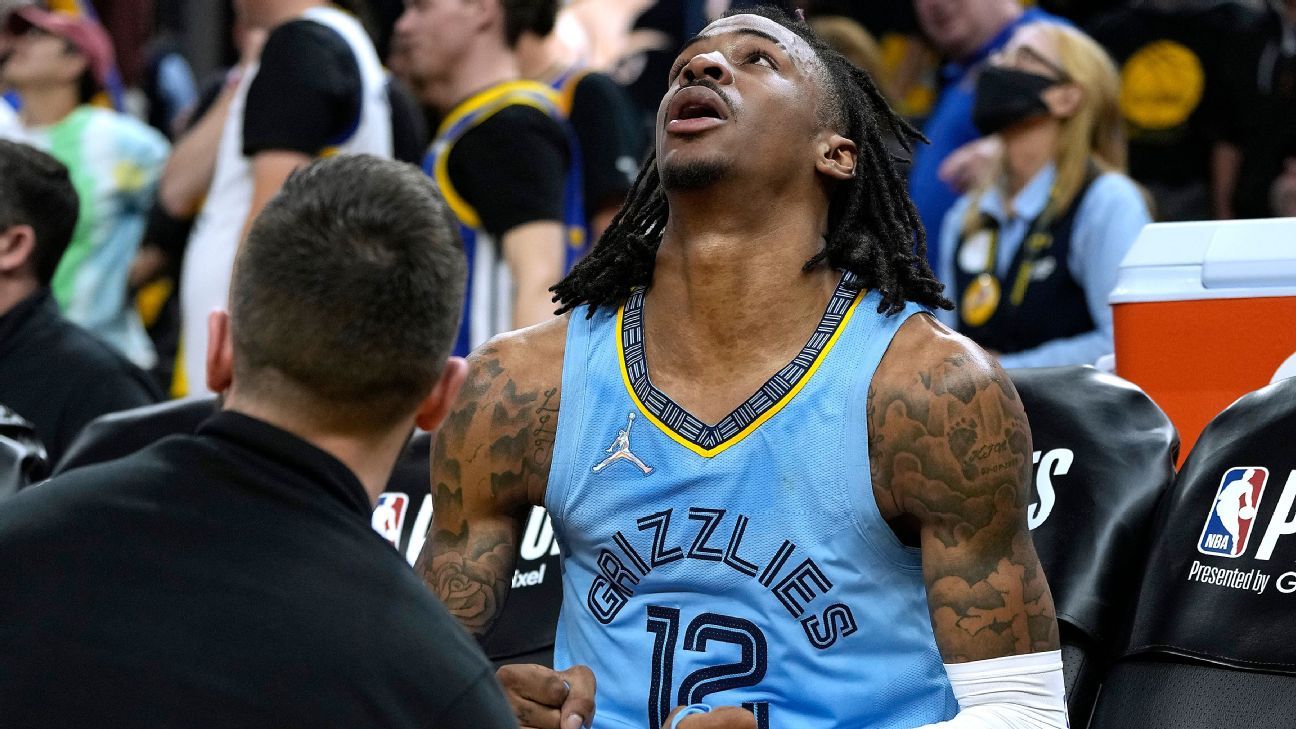 Memphis Grizzlies star guard Ja Morant has been diagnosed with a bone bruise in his right knee, an MRI confirmed, and is doubtful to return this postseason, the team said Tuesday.

Morant, who exited during the fourth quarter of Game 3 of the Western Conference semifinals against the Golden State Warriors on Saturday, is expected to make a full recovery, the team said.

He had averaged 38.3 points, 8.3 assists and 6.7 rebounds in this second-round series against the Warriors.

The Grizzlies believe the injury was caused by a play in which Jordan Poole grabbed Morant’s knee while going for a basketball on a trap near half court in the fourth quarter of Game 3.

The Grizzlies went 20-5 during the regular season without Morant, who missed nine straight games in March and April because of right knee soreness.