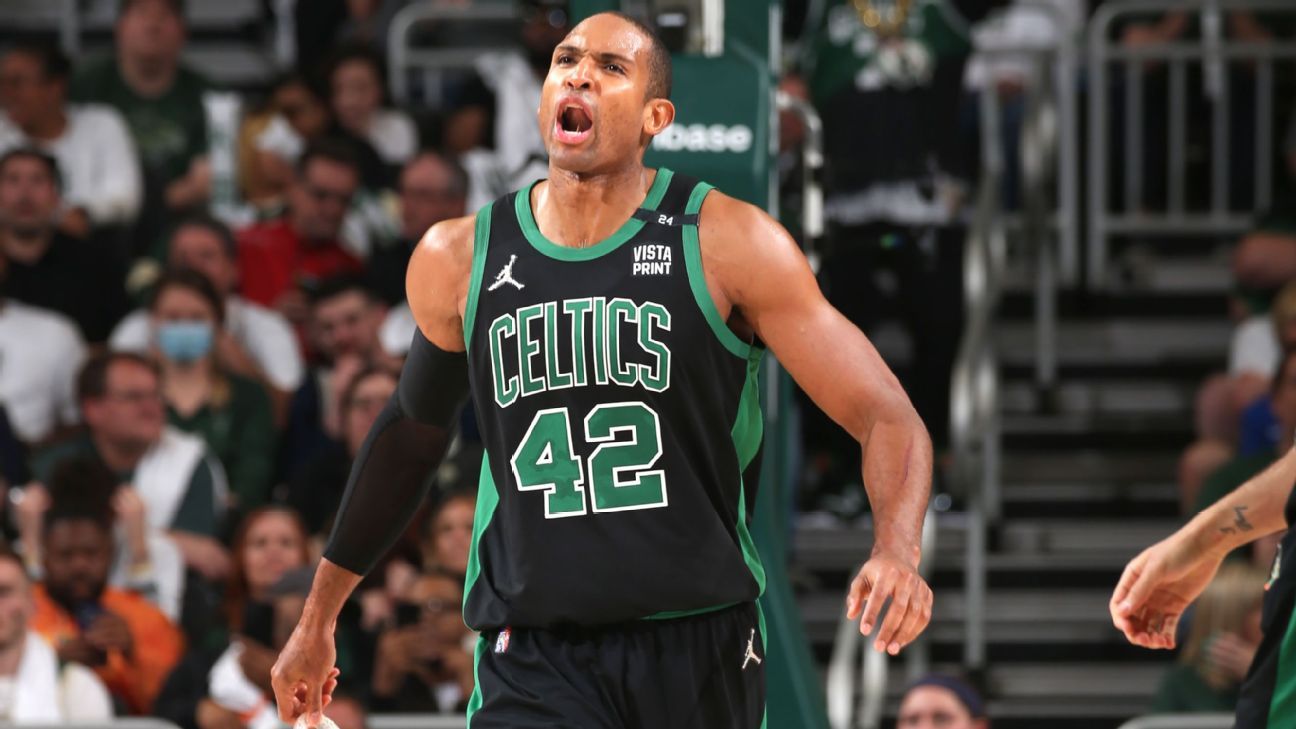 The Boston Celtics say Al Horford and Marcus Smart are both out for Game 1 of the Eastern Conference finals against the Heat on Tuesday night in Miami.

Horford is in the league’s health and safety protocols, the team announced.

Smart won’t play due to midfoot sprain suffered in Boston’s Game 7 win against the Milwaukee Bucks on Sunday.

Smart, the NBA Defensive Player of the Year, had been listed as questionable for the series opener, with coach Ime Udoka saying Monday that the veteran guard’s foot was “tender and sore” and that he was set to receive round-the-clock treatment for it before testing it ahead of Tuesday’s game.

Horford’s absence, meanwhile, comes as a surprise — and it’s a significant one. He had a big series against the Bucks, including 30 points in a Game 4 win. And he contested 159 shots as the closest defender in the series, the highest mark for any player in a series since Second Spectrum began tracking the stat in 2013-14.

Boston will have Robert Williams III available. The center has has blossomed into a huge part of Boston’s team this season, playing 61 games while averaging 10 points and 9.6 rebounds — all career-highs. But he missed the end of the regular season and the beginning of the playoffs after undergoing surgery on his left knee, and then missed time against Milwaukee with a bone bruise in the same knee. He was available for Game 7 against the Bucks but did not play.

Sources told ESPN’s Adrian Wojnarowski that Williams had a couple good days of practice and should be able to play significant minutes in Game 1 on Tuesday night.