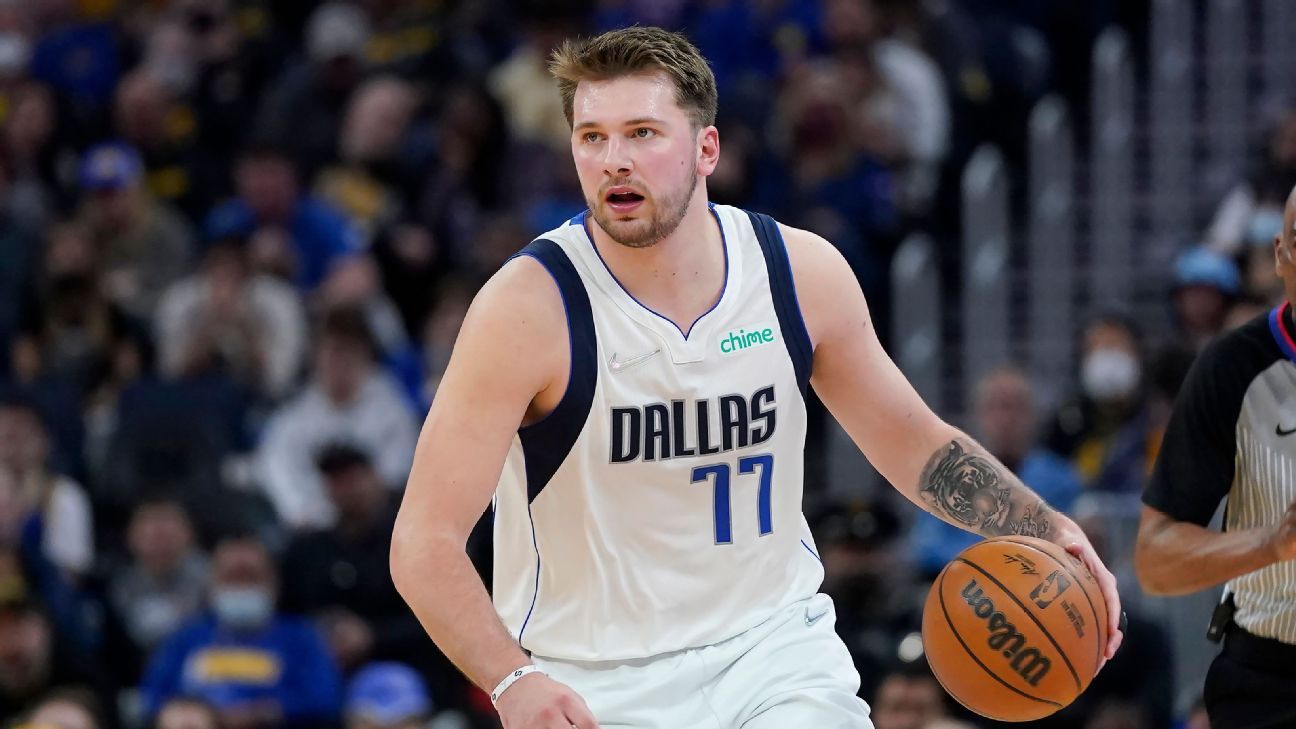 All odds are provided by Caesars Sportsbook.

What you need to know for Game 1

Interesting interior: The Warriors are the most perimeter-oriented team in the league, and the Mavs will likely attempt to limit the 3-point damage during this series. Considering that 68.3% of Andrew Wiggins‘ field goal attempts this postseason have come inside the arc, there’s a good chance that if Wiggins takes 13-16 shots tonight, he will coast over his projected scoring total.

Cooking from deep: Stephen Curry‘s success from beyond the arc could drive this series. His 3-point prop from beyond sits at 3.5 across most books, a clip he has surpassed in two of the past three games. For Dallas, Reggie Bullock has lived from beyond the arc this postseason, as 86.5% of his shots from the floor have come from deep. He has lofted 15 3-pointers over his past two games, so his 3-point prop of 2.5 seems reachable.

Ruled Out: Gary Payton II (elbow)
Note: BPI numbers factor in players who are ruled out but assume questionable players will play.

Notable: The Warriors covered their first three games this postseason but are just 2-6 ATS in the eight games since.

Compete for $40,000 throughout the NBA postseason! Make Your Picks

Best bet: Luka Doncic over 33.5 points. Doncic has averaged 31.5 PPG and 23.4 FGA during the postseason. He scored 126 points in four games against Golden State in the regular season, the fourth most in a single season since Steve Kerr became the Warriors’ coach in 2014. — Moody

Best bet: Klay Thompson over 21.5 points. Thompson delivered a stellar performance in Game 6 against the Grizzlies. He has a good chance of replicating that performance tonight. He has averaged 19.6 PPG in Western Conference finals games and will surpass that mark in Game 1. — Moody

Best bet: Over 214.5 points. These teams played four times in the regular season, with two high-scoring games (average 231.5 combined points) and two low-scoring games (average 194.5 combined points). The Warriors have been elite offensively at home in the postseason, averaging 116.2 points in six games, including three games with 123 points or more. The Mavericks caught fire in the latter portion of their series against a tough Suns defense, scoring between 111 and 123 points in three of their past four games. — André Snellings

Tonight’s total of 214.5 points is the lowest the Warriors have encountered through 12 games this postseason. Granted, those aforementioned 11 contests didn’t come against the slow-paced Mavericks, but Dallas’ defense at home is much different than on the road. The Mavericks rank second in defensive rating when playing at home this postseason (102.4), but just 12th when playing on the road (117.4). This game will produce more points than anticipated. — Joe Fortenbaugh

Kawhi, PG to remain out Sunday due to injuries
Hawks lose forwards Hunter, Collins to injuries
Chris Paul is trending on Twitter thanks to ridiculous Kanye West accusation
4 NBA veterans doing too much for their rebuilding teams
Anthony Davis injury sounds the alarms for Lakers with tough look-ahead