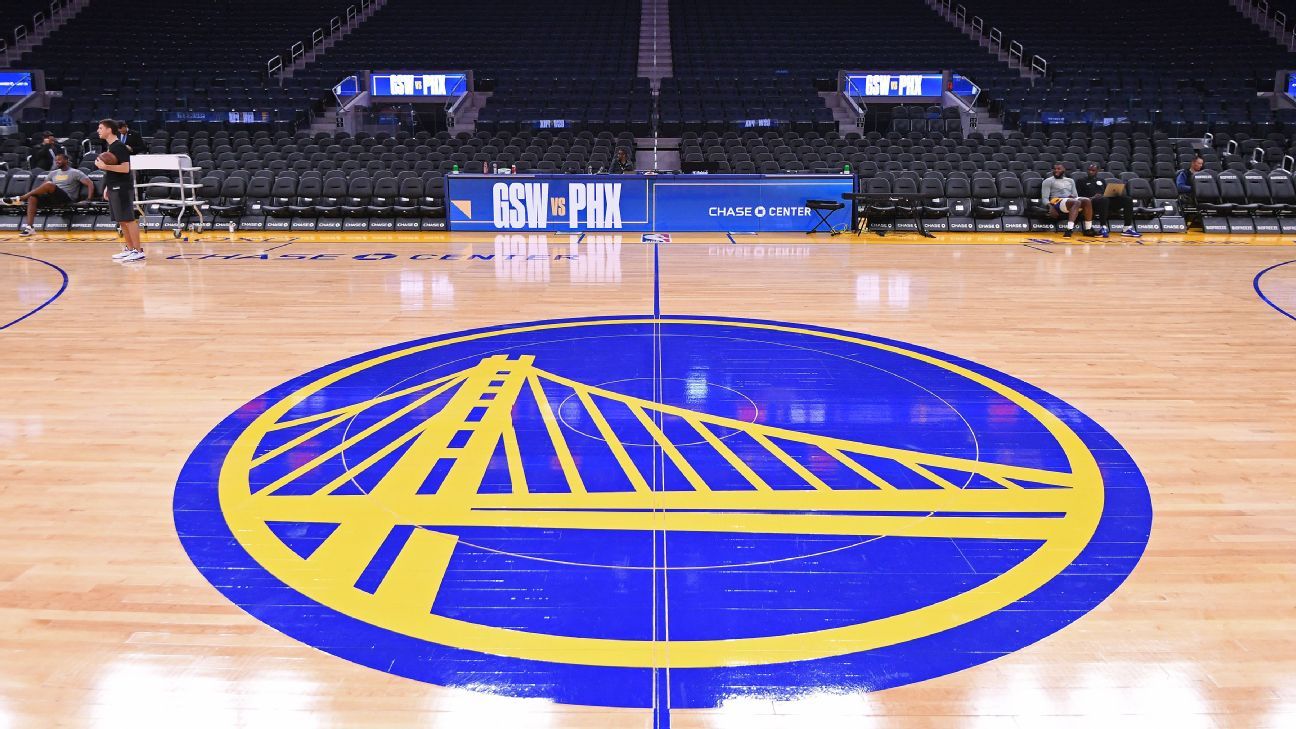 SAN FRANCISCO — The Golden State Warriors have the gift of time as they head into the NBA Finals.

With them wrapping up their Western Conference Finals series against the Dallas Mavericks in five games, the Warriors will have exactly one week of rest before Game 1 of the Finals.

“We gave our guys two straight days off which is almost unheard of, in playoffs or even just regular-season” Warriors coach Steve Kerr said Sunday afternoon. “So it was a great chance to decompress the last couple of days. We won’t have a formal practice until tomorrow. It’ll be the first day we’ll build on our opponent. So I’ve said it many times: you go to the Finals, it’s almost a two-month journey filled with stress and fatigue, so if you can build a little break, it’s very meaningful.”

The Warriors took Friday and Saturday off before meeting at Chase Center on Sunday for treatment and light workouts. On Monday, Tuesday and Wednesday, they will hold regular practices.

“Having two days off and a week between when we play, everybody can get their mind right, focus, and get the body back where they want it to get to,” Kevon Looney said.

But, Looney pointed out that there are some negatives from such a long layoff: “Some of the cons is you know, it’s stuff like game rhythm, game shape. You’ve got to make sure you’re doing all the stuff you normally do to stay sharp.”

Perhaps the biggest pro from the Warriors’ longer break is the time it’s giving the team’s injured players to work their way back. Andre Iguodala (neck), Gary Payton II (elbow) and Otto Porter Jr. (foot) each missed the entirety or part of the Western Conference finals and could be game-changing players in the Finals.

Each of them is progressing nicely, the team said Sunday, and they are expected to be slowly integrated into team practices this week. As they rejoin group activity, the Warriors will get a more accurate sense of their availability for the Finals.

No matter who the Warriors face — either the Boston Celtics or Miami Heat — Golden State will hang onto home-court advantage. The Warriors have a better record than the Celtics, and have the same record as the Heat, but won both regular-season games against Miami, giving them the tie-breaker.

As soon as the Warriors beat the Heat in March, Kerr knew his team had just ensured themselves home-court against any team in the Eastern Conference. But it wasn’t something they were necessarily gunning for in that moment, just an added bonus for down the line.

“The last few weeks of the season we were struggling to the finish line with the injuries to Draymond and Steph and we had a couple of tough stretches there. Fortunately, we had put a bunch of wins in the bank early that gave us a cushion that we needed,” Kerr said. We were very conscious of hanging onto home-court if at all possible, and we were able to finish strongly.”

Home-court gives the Warriors another gift in the form of time: they don’t have to even think about getting on a plane for another week.

“It’s always special to play at home,” Looney said. “Being able to go through your routine, sleep in your own bed, and prepare at home and do things that you’re used to, it’s just a lot more comfortable. It’s a lot better to get the jitters out at home when the crowd is going for you.”