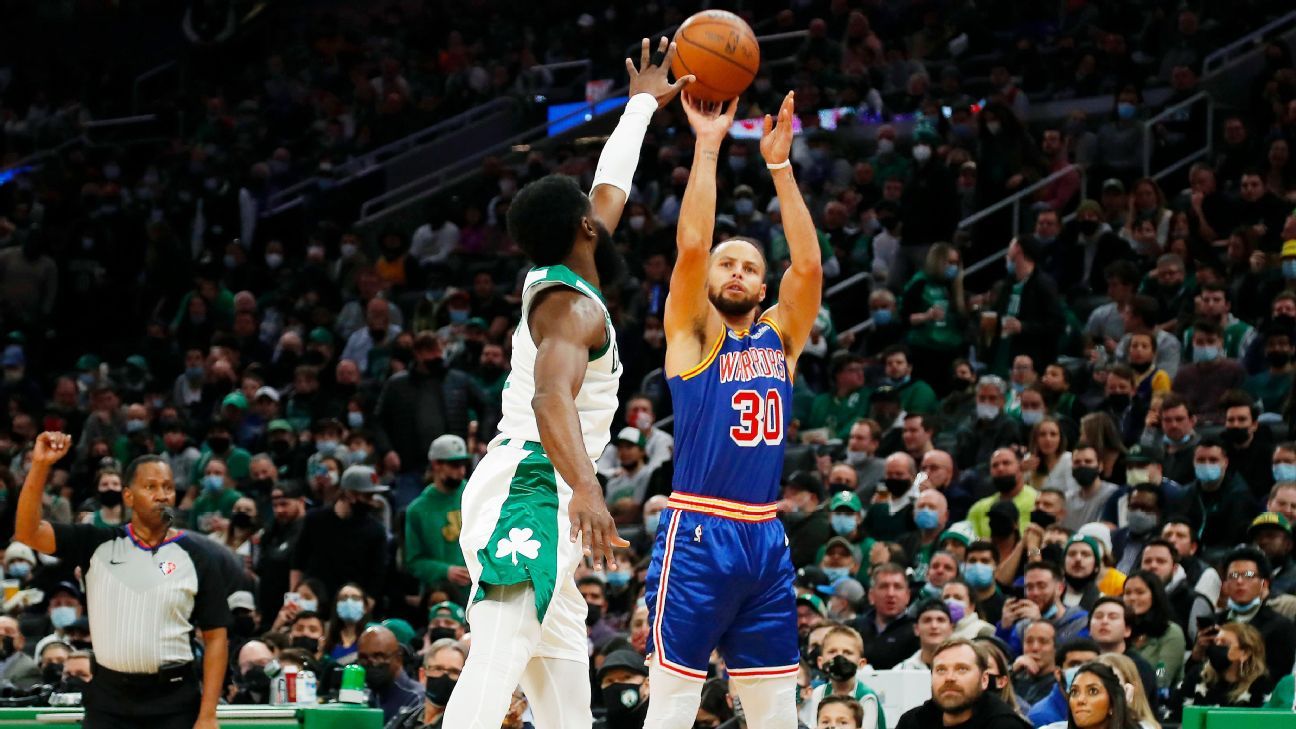 Which team will be this year’s NBA champion?

The 2022 Finals features the league’s top two defenses throughout the regular season, but the Golden State Warriors–Boston Celtics clash will focus on some of the most dangerous offensive threats in the game.

Stephen Curry and Klay Thompson, their Splash Brothers partnership whole again after Thompson missed more than two seasons with ACL and Achilles’ injuries, are making nearly eight 3-pointers per game during Golden State’s run to the Finals, while Boston’s dynamic duo of Jayson Tatum and Jaylen Brown each have a 40-plus point performance on their 2022 postseason résumé.

This series also presents a host of lineup decisions for coaches Steve Kerr and Ime Udoka. Will the Warriors go heavy on smallball, with Draymond Green at center? Who will be the primary defenders on superstars like Curry and Tatum?

Which side will prevail? Our experts are making their predictions for the Finals winner and which player will be named Finals MVP.

MORE: What to know for the Finals | Schedule and news

‘Teams are looking for a different type of big’: The Cavaliers have two
Brook Lopez is officially the betting favorite for Defensive Player of the Year
5 moves the Los Angeles Lakers can make to turn season around
Draymond Green addresses Lakers trade rumors
The Whiteboard: 3 NBA trade ideas worth arguing about