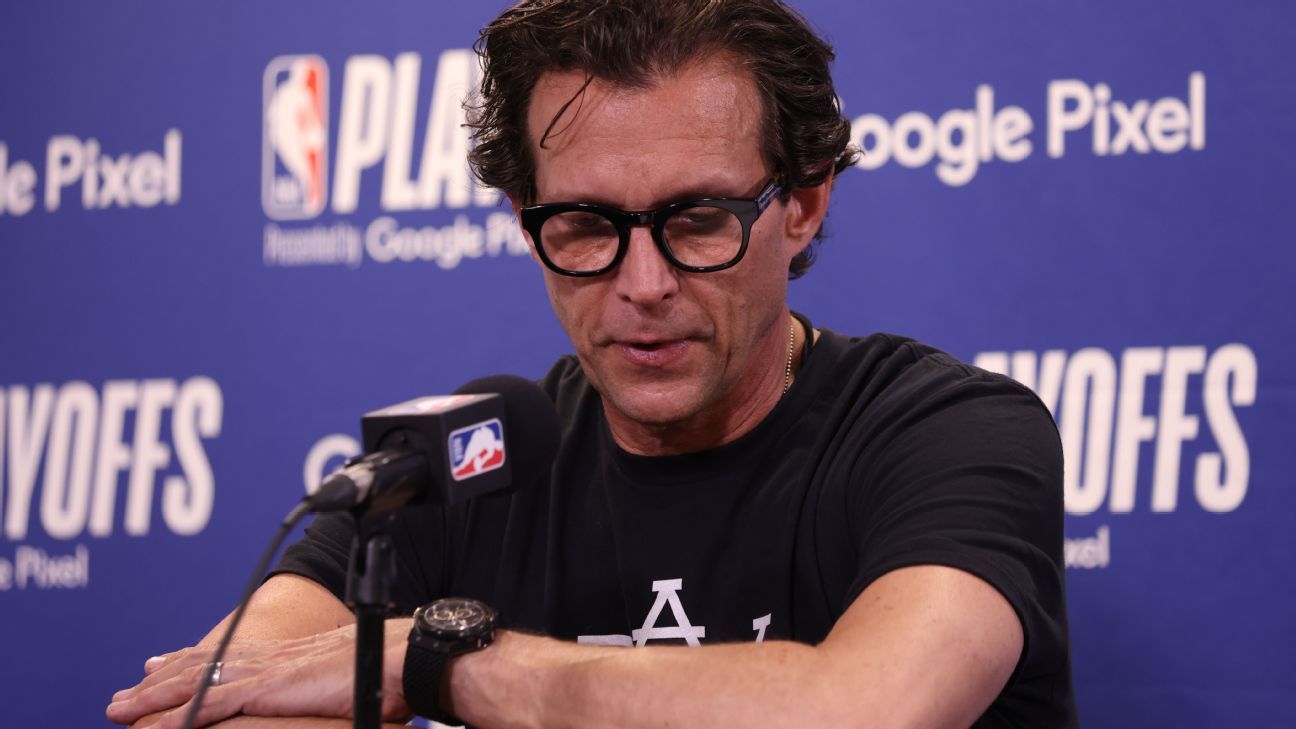 After weeks of conversations with ownership and management, Utah Jazz coach Quin Snyder’s future remains unclear and a possibility exists that he could decide to end his eight-year tenure with the franchise, sources told ESPN.

While talks are described as “good faith” attempts at a resolution that’ll keep Snyder, discussions with owner Ryan Smith and CEO of Basketball Operations Danny Ainge have yet to secure the coach’s return for next season, sources said.

“Quin Snyder is one of the best coaches in the NBA,” Jazz general manager Justin Zanik said during exit interviews in late April. “There is no other partner I would rather have as a coach and as a leader of our players and as a partner in our front office than Quin Snyder.”

There’s no timetable on reaching a decision and talks are expected to continue, sources said.

Conversations have largely been centered on philosophical issues and how the sides can work together moving forward with a franchise trying to make the next step in Western Conference contention, sources said.

Snyder expressed no interest in discussing open jobs in the marketplace this offseason, sources said, but sitting out a season would certainly leave him one of the most sought-after candidates in 2023 and beyond. Snyder has been recovering from hip surgery since the Jazz were eliminated in six games by Dallas in the Western Conference quarterfinals.

Snyder has a 372-264 record in eight seasons for the Jazz, matching Golden State’s Steve Kerr for the third-longest tenure with a team among active head coaches, trailing only San Antonio’s Gregg Popovich and Miami’s Erik Spoelstra. After inheriting a franchise coming off a 25-57 season, Snyder played a prominent role in Utah becoming a perennial playoff team. The Jazz have the Western Conference’s longest active postseason streak at six years, but Utah has not advanced past the Western Conference semifinals in this era.

Utah has undergone major changes at all levels of the organization during Snyder’s time in Utah, particularly in the last two years, including Smith’s purchase of the franchise from the Miller family and the transitioning from Dennis Lindsey to Danny Ainge as the lead basketball executive.

Ainge and the Jazz front office face significant challenges beyond the efforts to retain Snyder in the wake of Utah’s first-round exit. The Jazz, who are projected to be deep into the luxury tax again next season, have limited roster flexibility but hope to build a championship-caliber team around All-Star shooting guard Donovan Mitchell.

5 moves the Sixers can make to turn season around
5 NBA players who could be traded before the end of December
4 NBA veterans doing too much for their rebuilding teams
Kevin Durant breaks a Michael Jordan scoring record
The Whiteboard: Inner circle NBA contenders are separating