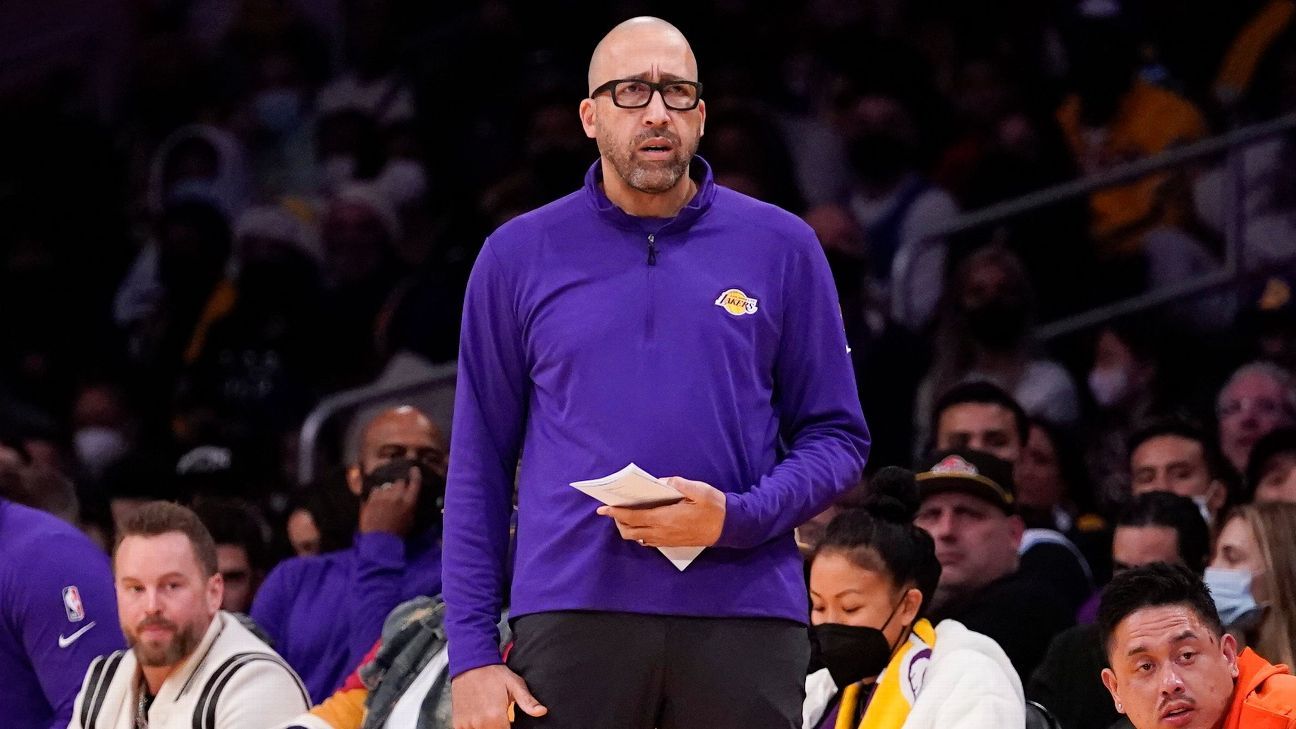 “I like coaches that like to roll up their sleeves and are able to get out there,” Ham said during his introductory news conference when asked about filling out his bench.

“Where I come from the last nine years, we did everything. We did player development. We did scouting. I had to step in as the head coach on a few occasions. But it was a team. It wasn’t coordinators on either side of the ball. We all pitched in on all aspects of our team basketball offensively and defensively. So, I’m looking to build that similar type of staff.”

Handy was first hired by the Lakers as a player development coach in 2011-12, the same time Ham got his start as an NBA assistant coach in L.A. under Mike Brown. Handy went on to be part of championship teams with the Cleveland Cavaliers and Toronto Raptors before coming back to L.A. and being promoted to a full-fledged assistant coach.

Crawford played college basketball at the University of Arizona and was hired by the Lakers in 2019 after previously working for Vogel as a video coordinator with the Orlando Magic. He also worked as a video coordinator for the Sacramento Kings and Charlotte Hornets. His father, Jerome Crawford, worked for the Lakers as Shaquille O’Neal’s security guard in the early 2000s.