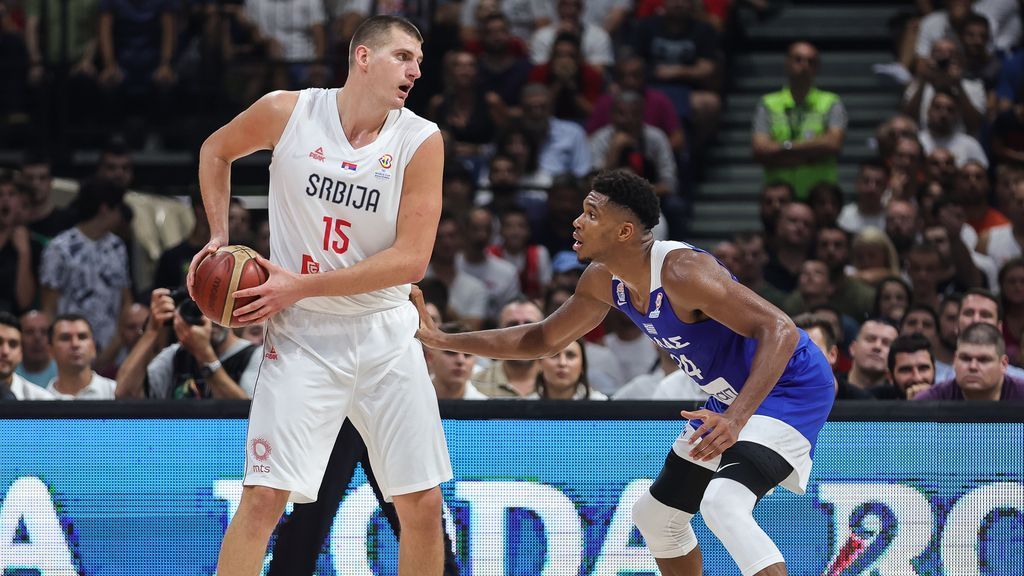 Nikola Jokic helped Serbia to a much-needed victory over Giannis Antetokounmpo and Greece in a clash of back-to-back MVPs in a FIBA World Cup qualifiers game on Thursday in Belgrade.

The hosts came away with a thrilling 100-94 victory in overtime despite 40 points from Antetokounmpo, the most in World Cup European qualifiers history.

Jokic, however, had the last laugh, pacing Serbia with 29 points, 8 rebounds and 6 assists. The reigning MVP wowed the home crowd late in the fourth quarter, hitting a one-legged, turnaround jumper at the 3-point line with Antetokounmpo draped over him to give Serbia an 8-point lead with less than two minutes remaining.

Greece stormed back and former Oregon standout Tyler Dorsey nailed a 3-pointer with 11 seconds left to send the game to overtime. Jokic proceeded to dominate the extra frame, scoring two consecutive baskets over Antetokounmpo in the post to give Serbia a 6-point lead it would not relinquish.

Antetokounmpo became the first player to hit the 40-point mark in European qualifiers history, shooting 14-of-25 from the field to go along with 8 rebounds and 5 assists. The depth for Serbia proved to be the difference, though, as the hosts supplemented Jokic’s effort with 33 points off the bench.

The victory was huge for Serbia, which is now 2-3 in the qualifying tournament. Serbia is tied with Turkey for fourth in a group that also includes Greece, Latvia, Belgium and Great Britain. Latvia leads the group with 9 points, followed by Greece and Belgium with 8 points. Only the top three teams in the group will qualify for the World Cup next year.

In another European qualifier on Thursday, Dallas Mavericks star Luka Doncic led Slovenia to a blowout win over Estonia, posting a near triple-double with 25 points, 11 rebounds and 8 assists. Slovenia is currently third in its group with 12 points, up two games on fourth-place Israel.

3 reasons to be excited about the Golden State Warriors for the 2022-23 season
The Whiteboard: Rule changes and innovations we want to see this NBA season
Suns scorched by Adelaide 36ers in preseason tilt
NBA GMs favor Bucks to win title; Luka for MVP
New details shed light into Celtics-Ime Udoka suspension