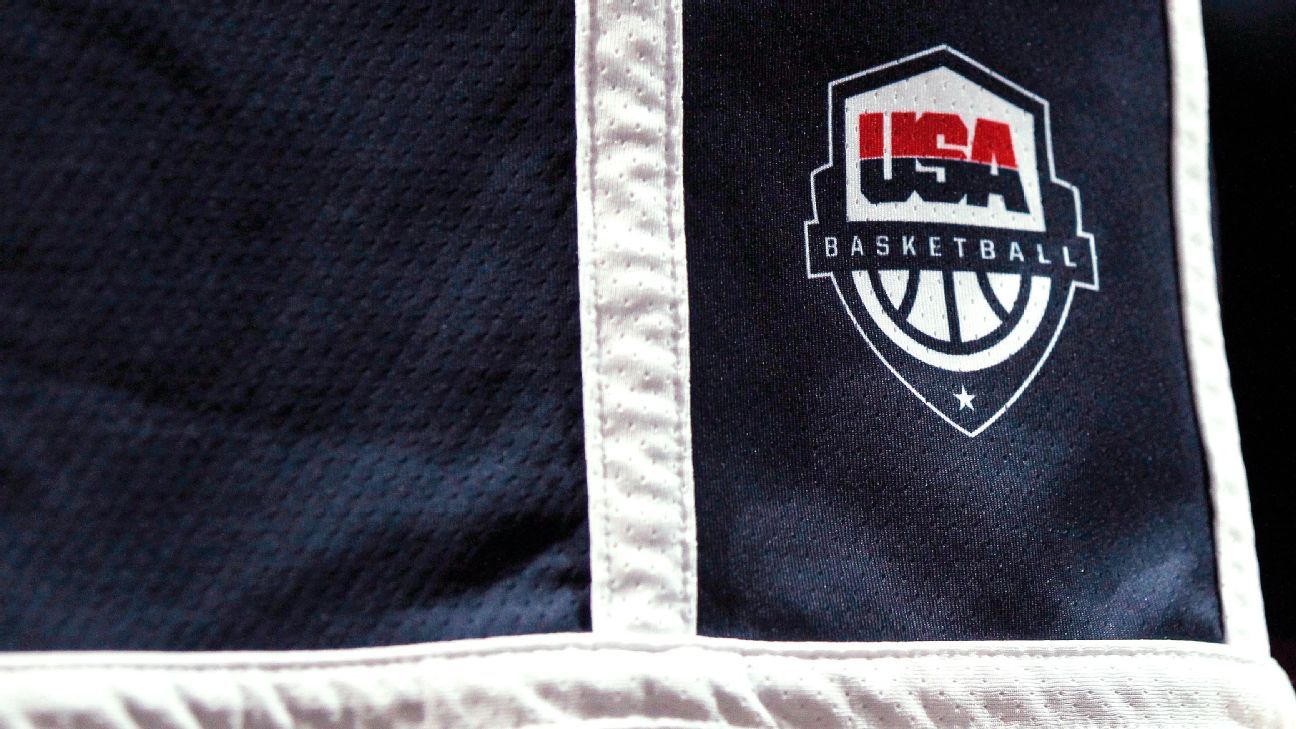 LAS VEGAS — A special pregame surprise was awaiting the U.S. World Cup qualifying team Thursday night, in the form of a pep talk from Mike Krzyzewski.

John Jenkins scored 22 points on 8-for-9 shooting — including a 6-of-7 effort from 3-point range — and the U.S. had little trouble on the way to a 105-71 victory over Uruguay in a World Cup Americas Region qualifying game, with Krzyzewski sitting courtside to enjoy the show.

“We knew when he came and talked to us that we had to put on a good performance and play hard,” Jenkins said.

Krzyzewski, the now-retired Duke coach, led the U.S. to three consecutive Olympic gold medals in 2008, 2012 and 2016. His message was simple, revolving around how playing with USA on a jersey means playing with pride is a must.

The Americans listened. They outscored Uruguay 33-13 in the second quarter, turning the game into a runaway, and it stayed that way.

“Coach K talked to the team five minutes before I went in to talk pregame,” U.S. coach Jim Boylen said. “How was I supposed to follow that? … It was a really cool honor, a great moment for all of us.”

The win, combined with Puerto Rico’s 75-72 win over Brazil (5-2) in another qualifier Thursday, put the Americans alone atop of their qualifying group.

Langston Galloway added 18 points for the Americans, who are likely now just two wins away from qualifying for next year’s World Cup.

The U.S. (6-1 in qualifying) made 3-pointers on four consecutive possessions during that second-quarter burst, and never looked back. DaQuan Jeffries scored 16, Dewan Hernandez added 12 and Robert Woodard II had 11 for the Americans, who were 15 for 29 from 3-point range.

David Stockton, whose father John Stockton — the Basketball Hall of Famer — also was in attendance, added nine assists in 17 minutes for the U.S.

Esteban Batista and Luciano Perodi each had 14 for Uruguay (4-3), which remains firmly in the mix for a World Cup berth. Uruguay has the same record as Puerto Rico and Mexico, and Colombia (3-4) gave itself new life by rallying from 20 points down to stun Mexico in overtime, 93-89.

The U.S. opened the day tied with Brazil in the Group F standings; there are two groups of six teams in the Americas Region, and the top three in each group — along with the best fourth-place team — will go to the World Cup.

The Americans can’t start packing for the World Cup yet. But they can probably start thinking about what to bring.

Uruguay led 4-0 after 20 seconds, and that was the lone hurrah for the visitors from South America. The rest of the night was all U.S., which got its easiest win yet of this qualifying tournament.

“Tonight, every guy we have played as hard as he could play,” Boylen said.

Uruguay: Santiago Vescovi finished with 10 points. He was an All-SEC player at Tennessee last season and has started 77 of his 81 games for the Volunteers in three years there. … Batista, who turns 39 next week, was the only player on Uruguay’s roster with NBA regular-season experience. He appeared in 70 games with Atlanta between 2005 and 2007. … Kiril Waschmann may be a familiar name to some; he was born in Spain, raised in New York and played his four years of college basketball at Iona.

United States: The Americans have now used 38 players in their seven World Cup qualifying games. … Galloway has reached double-digits in each of his last four World Cup qualifying appearances, the longest such streak among those currently on the U.S. roster. … The fifth qualifying window is in November, with the Americans scheduled to face Brazil on Nov. 11 and Colombia on Nov. 14. FIBA’s schedule indicates the U.S. will be the home team for those games, but no site has been announced.