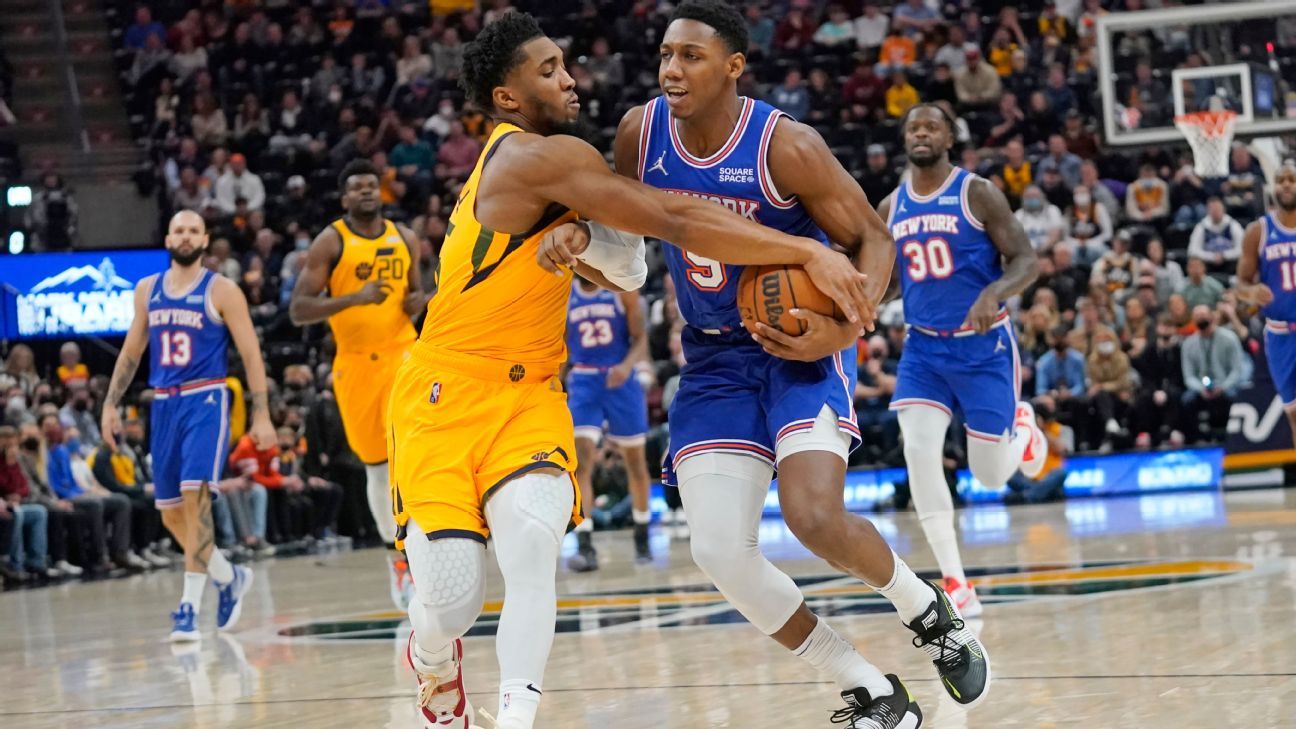 New York Knicks guard RJ Barrett is finalizing a four-year rookie extension that could be worth up to $120 million, his agent Bill Duffy of BDA Sports and WME Sports told ESPN on Monday, complicating the franchise’s offseason trade pursuit of Utah Jazz All-Star Donovan Mitchell.

Barrett’s deal — which makes him the youngest $100 million player in Knicks history at 22 years old — ends several weeks of trade discussions for Mitchell between New York and Utah, and forces the two organizations, if they choose, to start over talks with significantly different considerations because of the “poison pill” provision now in Barrett’s deal.

New York president of basketball operations Leon Rose set a Monday night deadline with Utah to reach an agreement on a trade for Mitchell or the Knicks would commit to the Barrett extension, sources said.

While the Jazz-Knicks trade talks intensified and the gap on deal points that included Barrett in the package tightened over the weekend and into Monday, there remained a gulf on reaching a trade for Mitchell, sources said. Once the Knicks and Jazz exhausted discussions Monday night, Rose and Duffy finalized the extension eligible to players out of the 2019 NBA draft class.

Barrett’s deal ends a remarkable 23-year drought for the Knicks: He’s the franchise’s first draft pick to agree to a multiyear contract extension after his rookie deal since Charlie Ward in 1999, according to ESPN Stats & Information research.

Barrett averaged 20 points, 5.8 rebounds and three assists for the Knicks a season ago. He was the No. 3 overall pick in the 2019 draft out of Duke, behind New Orleans’ Zion Williamson and Memphis’ Ja Morant.

Barrett’s one of only five players in NBA history to amass 3,000 points, 1,000 rebounds and 200 3-pointers before his 22nd birthday, joining Kobe Bryant, Luka Doncic, Kevin Durant and LeBron James.

The Knicks did include Barrett in trade proposals for Mitchell, sources said, which is why the process to complete the extension extended several additional weeks. Barrett was a staple of several different trade variations discussed, but hurdles remained on Monday about the total of unprotected first-round picks in the deal and the inclusion of Knicks guard Quentin Grimes, sources said.

Nevertheless, the Jazz greatly valued Barrett as part of any Mitchell deal with New York, and a deal without him would require the Knicks to relinquish far more draft assets than they’ve shown a willingness to do, sources said.

Once the Knicks committed to Barrett’s extension, management became resigned to the fact that there’s a much more difficult path to an offseason deal to acquire Mitchell. Nevertheless, neither Utah or New York is ruling out restarting the talks before the start of training camps in late September, sources said.

The sides have been discussing a trade on and off since early July. Out of the 179 players in NBA history who’ve had the Poison Pill provision, only one — Devin Harris in 2008 — was moved.

For trade purposes, the “poison pill” is computed with a formula that would make the Knicks’ outgoing salary on a trade at $10.9 million but require the incoming salary for a team acquiring him to be $26.2 million. The restriction will be lifted on July 1.

For Barrett to be included in a trade to the Jazz, the Knicks would need to find a third team with salary cap space to redirect Evan Fournier‘s $37 million contract.

The Jazz aren’t seriously engaged elsewhere on a Mitchell deal now, sources said, which makes real the possibility that he could still be on the roster for the start of late September training camp.

The Jazz are committed to starting a rebuild after trading All-Star center Rudy Gobert to the Minnesota Timberwolves for five first-round picks in July. Mitchell, 25, is a three-time All-Star and greater New York native who would instantly become the franchise’s best player.