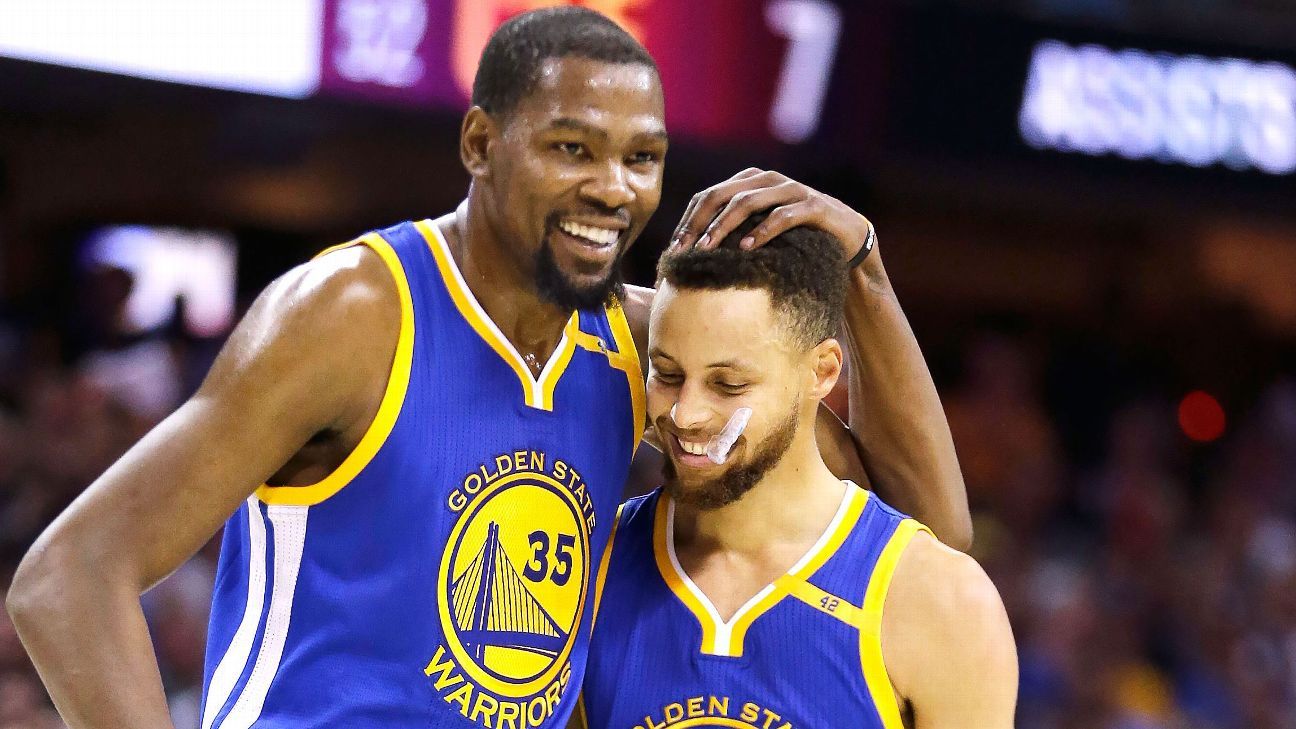 Stephen Curry told Rolling Stone last month that the Golden State Warriors had internal talks about acquiring Kevin Durant and that he would love to play again with his former teammate, who ultimately reconciled with the Brooklyn Nets.

“There was a conversation internally amongst us about ‘If he was available, would you?’ Every team has those conversations, and obviously in our situation, they’re gonna call me and ask me, ‘How do you feel about it?” said Curry, who did multiple interviews with the magazine as part of its October cover story.

Curry said he was “never hesitant” in endorsing the idea of a reunion with Durant, who was his teammate for three seasons in which the Warriors won two championships and Durant won back-to-back NBA Finals MVP awards. Durant’s time with the Warriors ended in 2019 when he departed for the Brooklyn Nets in a sign-and-trade deal.

Curry also said he talked with his brother, Seth Curry, who is a current teammate of Durant on the Nets.

“The idea of playing with KD and knowing who he is as a person, from our history in those three years, I think KD’s a really good dude. I think he is misunderstood,” Stephen Curry said. “I think he has had certain things happen in his life that hurt his ability to trust people around him, in a sense of making him feel safe at all times. So all of those things, I understand, having played with him and gotten to know him. I love that dude.”

Curry, however, said that although he entertained the idea of playing again with Durant, he had to consider what a trade for the former MVP would cost and he has full confidence the Warriors can repeat as champions with their current roster.

“And if you said, ‘Oh, KD’s coming back, and we’re gonna play with him,’ I had so much fun playing with him those three years, I’d be like, ‘Hell, yeah!'” Curry told the magazine. “Then you have to think: What does that actually mean? What does it look like?

“You tell me I’m playing with [current Warriors teammates Andrew Wiggins, Jordan Poole, and Draymond Green], I’m like, ‘Hell, yeah!’ There’s all types of emotion and things that happen to the league. And if anybody’s saying that you wouldn’t entertain that conversation — no disrespect to anybody on our team — but you don’t know how things work. But you also understand, like, if we run this thing back, I’ve got complete confidence in my team that we can win it again, as constructed.”

Durant initially asked for a trade June 30 and reiterated that desire in a meeting with Nets governor Joe Tsai in London last month during which Durant wanted Tsai to choose between him and the brain trust of coach Steve Nash and general manager Sean Marks, sources confirmed to ESPN. But on Aug. 23, Durant and the Nets agreed to “move forward” with their “partnership.”

Durant’s four-year, $198 million extension he signed with the Nets last offseason kicks in this season.

Myles Turner extension with Pacers takes major trade chip off the table
Malone, Nuggets staff set to coach Team LeBron
Lakers’ LeBron James moves to fourth place on NBA’s all-time assists list
Breaking down the NBA’s historic surge of 50-point performances this season
What did the Wizards get so wrong about Johnny Davis?