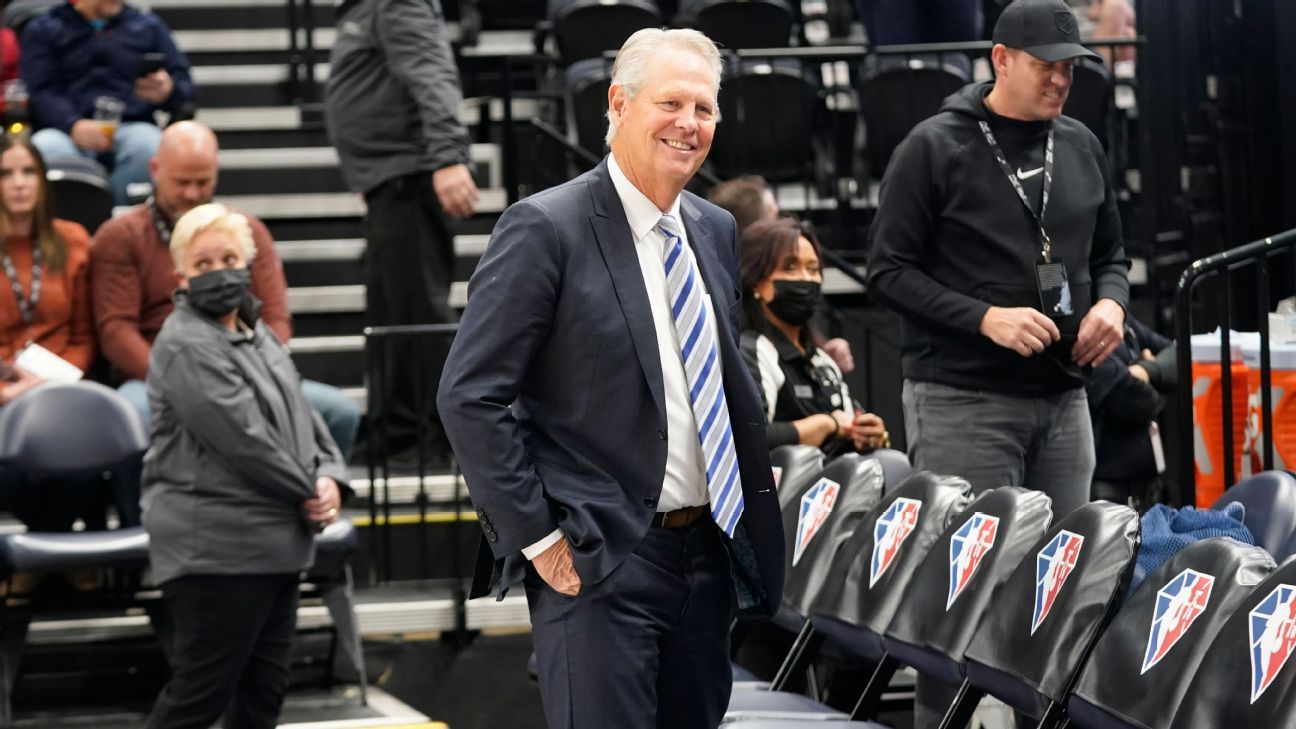 When Danny Ainge joined the Jazz in December to oversee Utah’s basketball operations, he wasn’t sure exactly how good the team would be.

At the time, Utah was 19-7 and a season removed from having the best record in the Western Conference. But as the season went on, Ainge saw something he didn’t like.

“What I saw during the season was a group of players that really didn’t believe in each other,” Ainge told reporters at a news conference on Monday. “Like the whole group, I think they liked each other even more than what was reported, but I’m not sure there was a belief.

“When we got to the playoffs I thought, well this is a team that has had some disappointing playoffs, so I thought maybe they’re just waiting for the playoffs. I gave them that benefit of the doubt, but it was clear the team didn’t perform well in the playoffs again.”

The fifth-seeded Jazz fell in six games to the Dallas Mavericks in the opening round of the 2022 playoffs, one year after the team jumped ahead 2-0 on the LA Clippers in the conference semifinals before losing in six games.

“Like I believe every one of these guys went into every game believing they were going to win, don’t get me wrong on that,” Ainge said. “I’m just saying when adversity hit, the resolve, you could see in a team that has a true belief in having each other’s back or one another.

“I think individually they have resolve, but I just don’t believe collectively they did. So you see a lot of players trying to do it on their own as the believe in one another wasn’t as great as teams I’ve been on and around that I’ve seen.”

The response from Ainge, general manager Justin Zanik and the rest of the Utah front office was to hit the reset button this offseason with deals sending All-Stars Rudy Gobert and Donovan Mitchell to the Minnesota Timberwolves and Cleveland Cavaliers, respectively, for a hoard of picks and players.

“The biggest thing for us was opening up a window to compete for a title,” Zanik told reporters. “Give credit to ownership, the organization, the community and the support we’ve had over the last three years as we put every resource toward trying to accomplish that. And we fell short.

“In the NBA life cycle, this was kind of a touch point to make a pivot. To do that, we wanted to give the organization every opportunity, the greatest base of flexibility, young players and assets going forward to make really good decisions going forward to reach the ceiling we want to get to and that’s win a title here.”

In July, as free agency opened, the Jazz traded Gobert for four first-round picks (unprotected in 2023, 2025 and 2027 and top-five protected in 2029), a pick swap in 2026, 2022 first-round pick Walker Kessler and veterans Malik Beasley, Leandro Bolmaro and Patrick Beverley. Utah subsequently traded Beverley to the Los Angeles Lakers for Talen Horton-Tucker and Stanley Johnson.

“You have these conversations and there’s a return and you start balancing what you can acquire on the market for perennial All-Star players, and we traded two of them this summer, that necessitates us to make a decision for the organization that is hard,” Zanik said. “We’ve got really good players, but you have a timeline you want to open up with a maximum window.”

Zanik reiterated this wasn’t a decision that was based solely on this year’s playoff performance.

“Previous results kind of told us who we were,” Zanik said. “It wasn’t just a one-year thing. This was a good three-year period where we won a lot of games and had a lot of success, but we were tapped out from a potential standpoint and we needed to reset that.”

For now, the Jazz are set to enter training camp with 17 players under guaranteed contracts, not including two-way deals, while a maximum of 15 guaranteed deals are allowed at the start of the season, so more movement could be on the way.

The Jazz have under contract veterans Mike Conley, Bojan Bogdanovic and Jordan Clarkson, who could fetch a return that helps bolster Utah’s growing chest of assets.