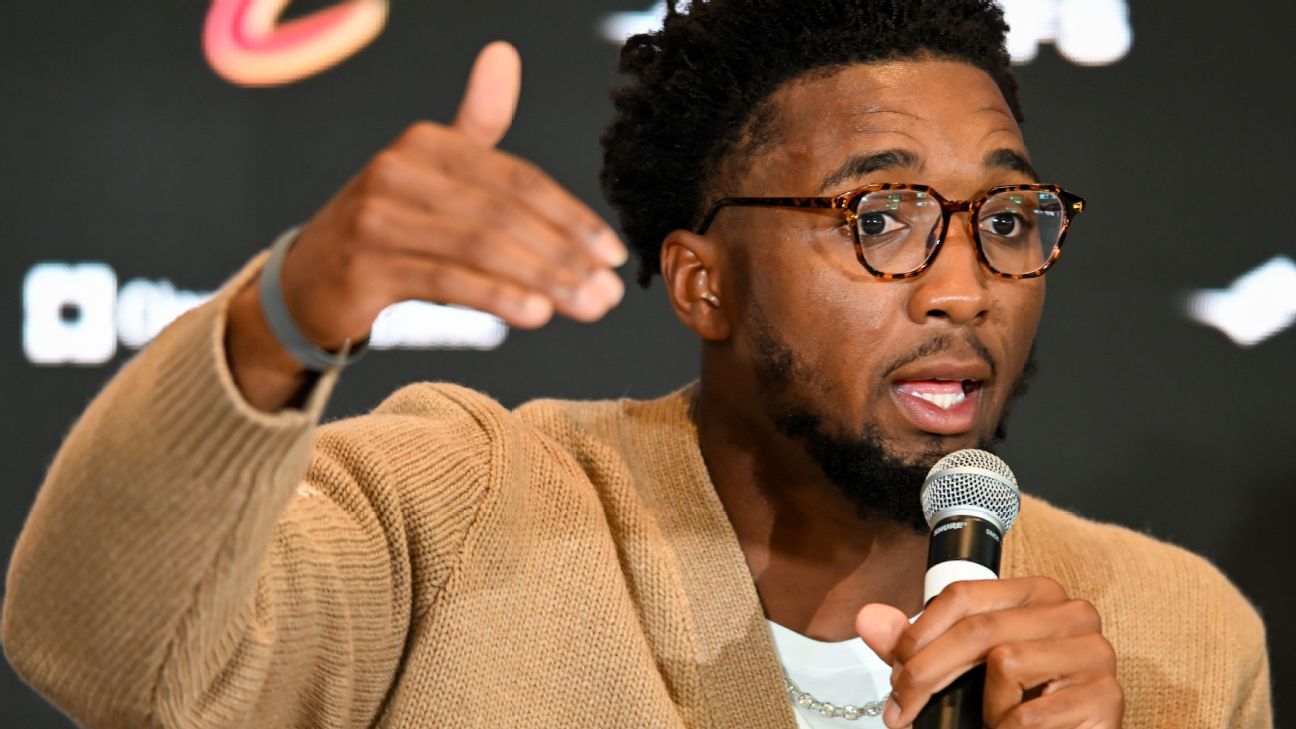 “I don’t think we didn’t believe [in each other],” Mitchell told ESPN on Wednesday on his first day in Cleveland as a Cavalier following a Sept. 1 trade. “I said at the end of the season, don’t trade [Rudy Gobert]. Let’s figure this out, let’s do. And that didn’t happen. For him to say that after six months around the team, I disagree. But you know, at the end of the day, that’s his decision.”

Ainge, who was hired last December, traded Gobert to the Timberwolves in a draft-pick-centered blockbuster in July and also dealt defensive specialist Royce O’Neale in a separate trade before moving Mitchell to the Cavs on Sept. 1.

While the Cavs had been one of the teams that Mitchell knew had made an offer for him, he said he was shocked when he was sent to Cleveland instead of his hometown New York Knicks. Mitchell said in the few days before the deal went down he’d been led to believe he was close to being a Knick.

“Very close, I won’t say more than that I know a little bit more than most, but definitely very close,” Mitchell said. “I was truly excited when I got traded [to the Cavs], but we were, it was, it was close [to the Knicks].”

After trade talks initially failed, Cavs president Koby Altman reengaged the Jazz in late August after the Knicks and Jazz were unable to come to terms. Altman and Jazz general manager Justin Zanik, who have completed five trades over the past five seasons, assembled the final deal in less than 48 hours. The Cavs traded three unprotected first-round picks, two pick swaps and three young players for Mitchell.

Mitchell arrived at Burke Lakefront Airport in Cleveland around 9 a.m. Wednesday to a group of more than 200 fans, who were waiting with Cavs officials at a hangar. Then he took part in his first unofficial workout with teammates in town preparing for the start of training camp. Mitchell got time on the floor with All-Star teammates Darius Garland and Jarrett Allen as well as Rookie of the Year runner-up Evan Mobley.

“We could really build something special,” said Mitchell, who has worked out with Garland this summer. “I’m just excited to play with this team, play for this city, play with these guys and just get out there and just compete and win.”