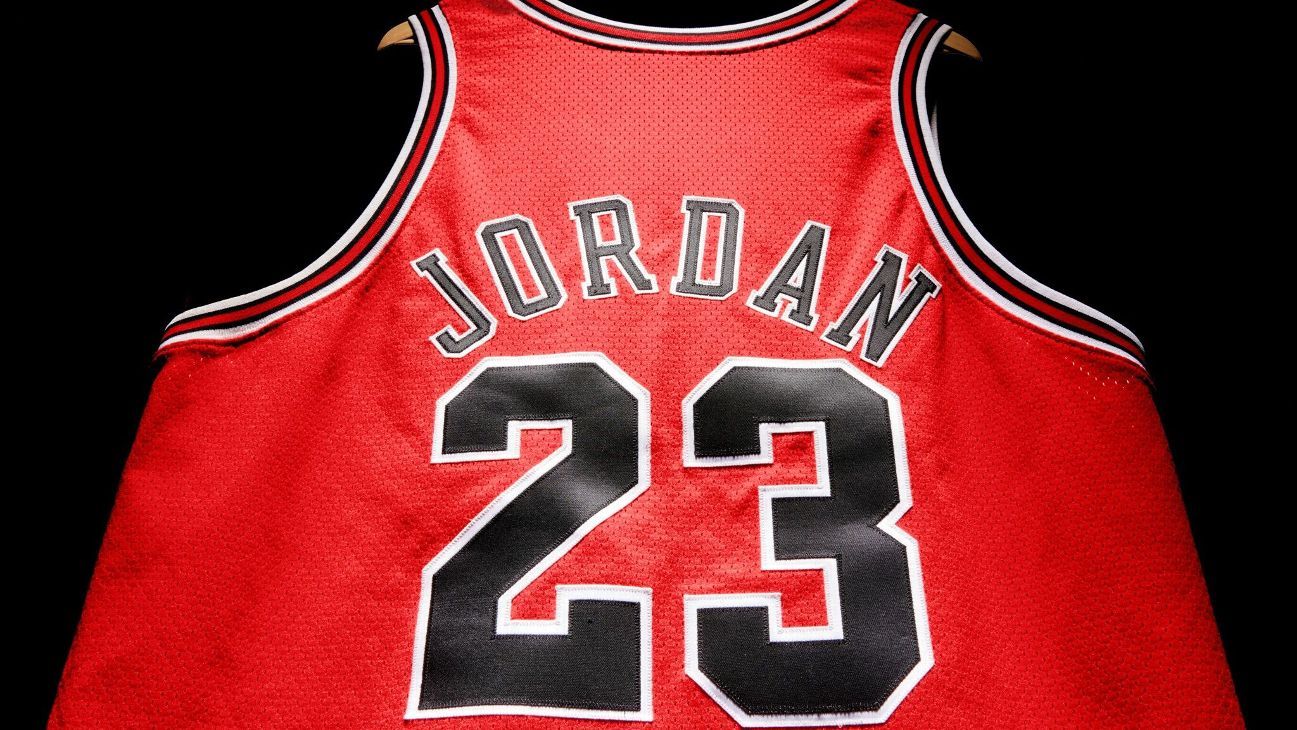 A jersey worn by Michael Jordan in Game 1 of the 1998 NBA Finals — part of the hallowed “Last Dance” season for Jordan that culminated with the Chicago Bulls reigning victorious over the Utah Jazz — has sold for $10.091 million with auction house Sotheby’s.

It is the most ever paid for an item of sports memorabilia, surpassing the $9.28 million paid in May for late soccer legend Diego Maradona’s “Hand of God” jersey from the 1986 World Cup.

The “Last Dance” jersey marked Jordan’s sixth and final NBA championship — and his record sixth NBA Finals MVP award — before he retired for the second time.

It is only the second Jordan jersey from the NBA Finals to ever appear at auction, according to Sotheby’s. The previous record for any Jordan item was a 1997-98 Upper Deck Game Jersey patch card, with an on-card autograph, which sold for $2.7 million in October 2021.

It has been quite a month at auction for sports items. In late August, a 1952 Topps Mickey Mantle card sold for $12.6 million, the most ever paid for a sports card and the first sports collectible to break the $10 million threshold.

The “Last Dance” jersey, for the time being, is the only other eight-figure sports collectible. The original predicted sale price was from $3 million to $5 million.

“The season itself is his ‘magnum opus’ as an athlete, and a testament to him as a champion and competitor,” Brahm Wachter, Sotheby’s head of streetwear and modern collectables, said in a statement. “Finals jerseys from Jordan are remarkably scant and the [1998] Finals are arguably the most coveted of them all.”

“In the weeks since we announced the auction, there’s been palpable excitement from not only sports fans, but collectors alike who are eager to own a rarified piece of history,” Wachter said in a statement following the sale. “[The] record-breaking result, with an astounding 20 bids, solidifies Michael Jordan as the undisputed GOAT, proving his name and incomparable legacy is just as relevant as it was nearly 25 years ago.”