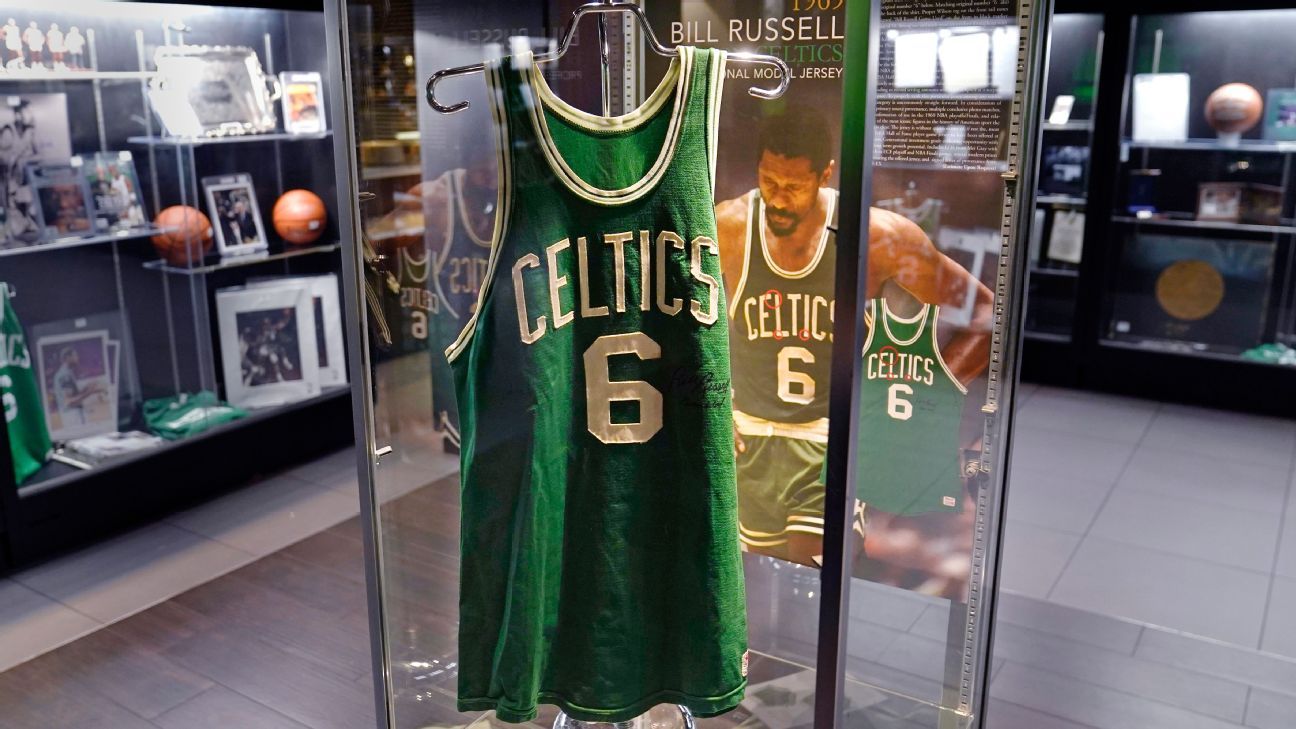 BOSTON — The Boston Celtics have painted Bill Russell‘s No. 6 in the free throw lanes of their parquet floor as part of a season-long tribute planned for the Hall of Famer, who died this summer.

“The team has added the number 6 to both lanes to pay homage to Bill Russell’s dominant play in the paint,” the Celtics said on Monday.

Be on the lookout for a special tribute to Bill Russell on the parquet this season ☘️ pic.twitter.com/Pt6IoZbekx

The team has said it will honor Russell in other ways this season, including two nights in his honor — one for the Oct. 18 season opener and one on Feb. 12, which would have been his 89th birthday. The Celtics will also wear a special Russell-themed jersey for some of their games. There will also be something on their regular uniforms to honor him.

The NBA has announced that every team in the league will retire the No. 6 in honor of the civil rights pioneer and 11-time NBA champion, who died on July 31. Every other home court will display the No. 6 on the sideline near the scorer’s table.

Magic vs. Sixers prediction and odds for Wednesday, February 1 (Back Orlando again)
The Whiteboard: Every NBA team’s most prolific 3-point shooters ever
Stats prove the refs aren’t out to get the Lakers this year
NBA All-Star Game 2023: Who is participating in the Slam Dunk Contest, 3-Point Contest and Skills Challenge?
Grizzlies honor Tyre Nichols with moment of silence, NBA players react to police brutality