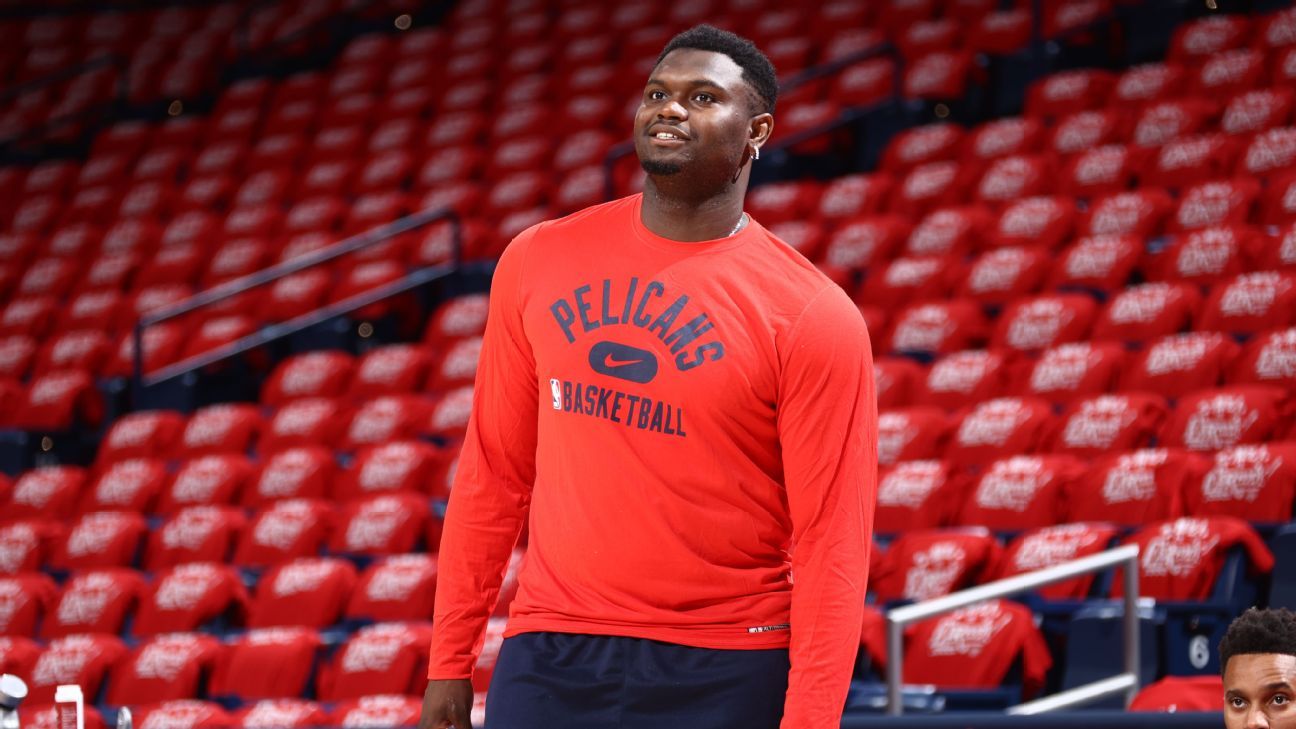 METAIRIE, La. – The New Orleans Pelicans opened training camp on Tuesday with two practices, a morning session followed by one in the evening.

By design, the morning session was lighter. The evening session had a scrimmage portion that was going to be the first intense 5-on-5 work for Zion Williamson with the team since May 2020.

One would expect someone to have some rust in that situation, but Williamson isn’t just any someone.

Williamson told reporters on Tuesday that he was excited for the 5-on-5 practice because as much as he could work out during the offseason, it was hard to simulate 5-on-5 work against highly-talented players.

“What stood out was his force more than anything,” Green said. “He got down the floor quickly. When he caught the ball, he made quick decisions. Whether it was scoring, finding a teammate. It was really impressive to see.”

Williamson’s teammates said he took full advantage of the work that he was able to put in.

“He looks like Z,” Pelicans forward Larry Nance said. “Dude hasn’t played basketball for 500 something days. It’s not like none of us are expecting that right away but shoot, I gotta be honest with you, dude looks good. It’s gonna take time for everybody to adjust to him. It’s gonna take him time to adjust to everybody but, it’s hard not to be impressed.”

Nance said he spoke to Williamson in the locker room afterwards and asked him if he realized that he didn’t miss a shot. Williamson told him he hadn’t even thought about it.

“He looks like the same wrecking ball we all know and love,” Nance said. “Very pleased to say the least.”

Green said that the Pelicans mostly used their projected starting lineup in scrimmages last night – Williamson, CJ McCollum, Brandon Ingram, Herb Jones and Jonas Valanciunas – but will switch things up some on Wednesday night when they return to the floor for their second consecutive set of two-a-days.

“Strong. Very strong. And also ready to play,” Murphy said when asked how Williamson looked. “I will say that. That’s all I have to say.”

Alvarado said it didn’t look like Williamson had missed much time at all.

“I think Z is such a special player,” Alvarado said. “But a player we can adapt to. He doesn’t need the ball right away. He’ll find his way. He adapted really well. It looked like he’s been playing with us for a while.”

The Clippers are committed to the Kawhi experience — for better or worse
The Whiteboard: Inner circle NBA contenders are separating
4 NBA veterans doing too much for their rebuilding teams
Brook Lopez is officially the betting favorite for Defensive Player of the Year
Westbrook, Hield, Turner: Five questions to answer before the proposed Lakers-Pacers trade