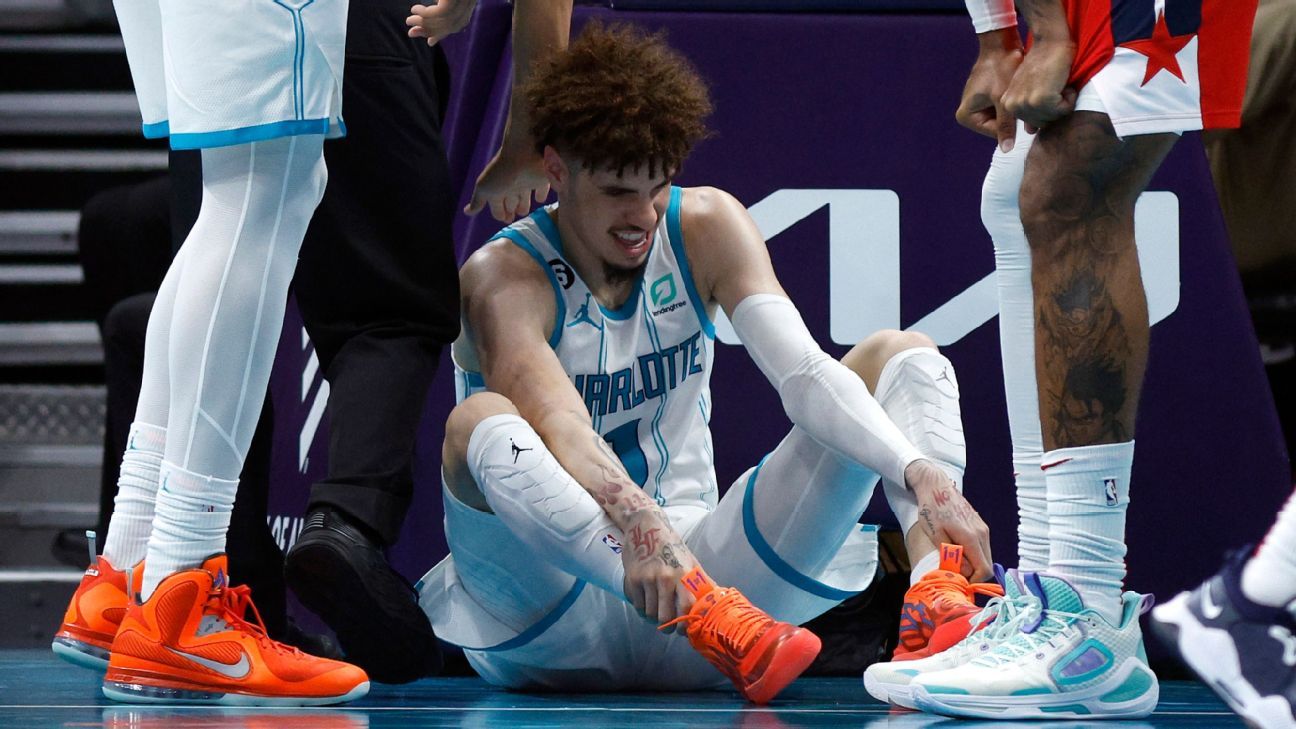 CHARLOTTE, N.C. — Charlotte Hornets All-Star point guard LaMelo Ball sprained his left ankle in the third quarter of a 116-107 preseason loss against the Washington Wizards on Monday night when his foot was stepped on while he was driving to the basket.

The Hornets announced Ball would not return to the game.

Ball was driving the left side of the lane when Washington’s Anthony Gill inadvertently stepped on Ball’s foot, causing the third-year pro’s ankle to twist awkwardly.

Ball remained on the floor for several minutes before getting to his feet and gingerly walking to the free throw line. He shot two free throws, then immediately checked out of the game and headed straight to the locker room.

Ball is expected to undergo more tests on Tuesday.

“Fingers crossed that it is not something serious,” Hornets coach Steve Clifford said.

Ball is considered the centerpiece of the Hornets’ offense, averaging 20.1 points, 7.6 assists and 6.7 rebounds per game last season.

He had nine points and six rebounds before leaving the game.