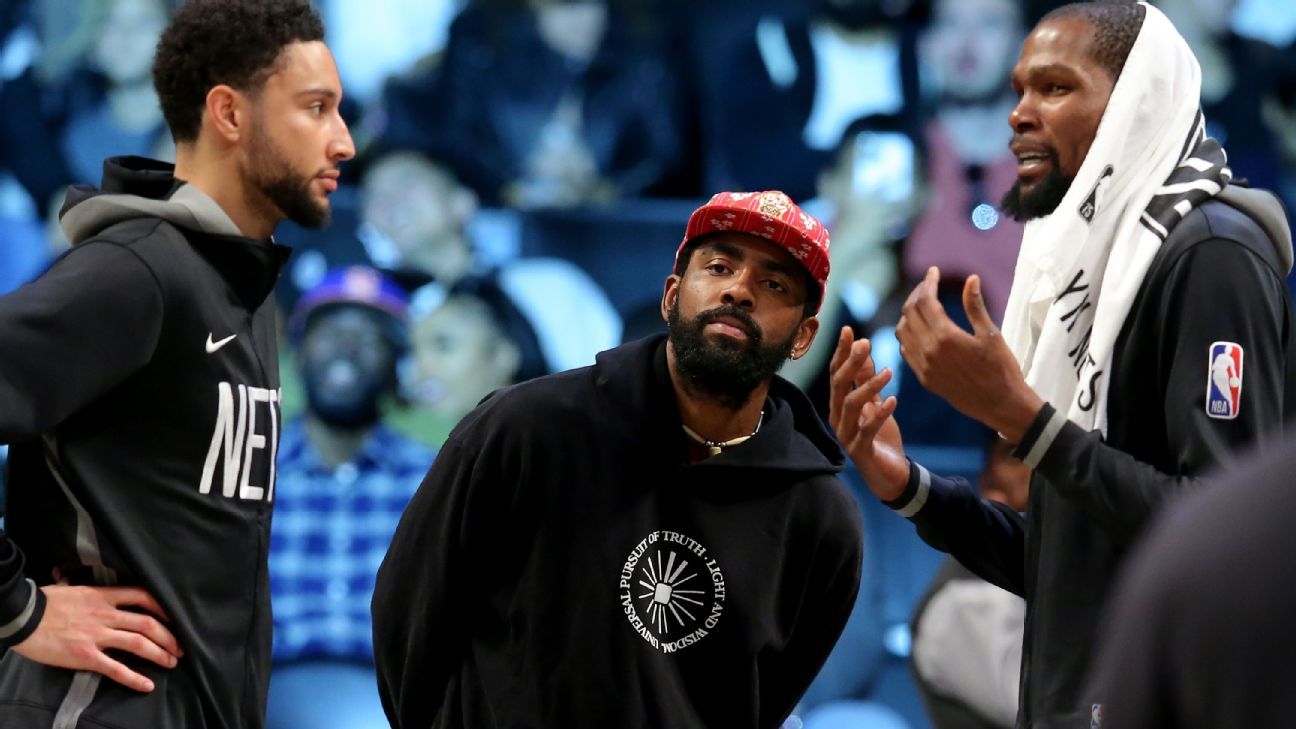 MILWAUKEE, Wis. — Brooklyn Nets swingman Ben Simmons knows that criticism is going to find him wherever he goes. After years of dealing with verbal barbs from fans — both in person and on social media — the 26-year-old understands that the type of ire he faces comes with being one of the best players in the game.

But after a video of Simmons shooting an airball during an event for fans in a Brooklyn park on Sunday went viral, the former All-Star had to chuckle when asked how he blocks out all the noise that seems to find him.

“It finds me all the time,” Simmons told ESPN prior to Wednesday’s preseason game against the Milwaukee Bucks. “And it doesn’t f—ing stop. Sometimes I’m even sick of it, but then I’m like, ‘OK, I’m Ben Simmons, you know? It comes with being Ben Simmons right now.’

“Even the other day there was a clip of me airballing a shot at the park. Meanwhile, like 10 guys airballed multiple shots. So it’s like people will find one clip and try to make it that everything — like Ben can’t do [this or that]. Like come on man, you think I’m just airballing every shot? It’s not true. But it comes with it, and you got to have tough skin and I realize that, but nah, I can’t take everything personally. It’s social media.”

Simmons did not play last season after requesting a trade from the Philadelphia 76ers while citing mental health concerns. He was dealt to the Nets just before last February’s trade deadline, but never played a game while also dealing with a back injury. While Simmons has been a target of criticism in the past given his play at times with the Sixers and his request to get out of Philadelphia, that criticism has been amplified since he has been off an NBA floor for almost a year and a half.

From his vantage point, Simmons has a simple explanation for why he feels he deals with so much outrage from fans.

“Because people know what I can do, what I’m capable of” Simmons said. “I believe that’s what it is. Like if I was somebody that wasn’t capable of doing certain things, I don’t think people would be on my ass as much. And I don’t mind it because it kind of motivates me in a way. Obviously, sometimes it’s a lot for anybody to deal with that, but I look at it a little bit like a respect thing, in a way.

“Because if that wasn’t the case then I wouldn’t have … there would be no upside to me doing something well. If I come out and play a great game then you can’t say anything, you know? But it’s a part of it. That’s why it’s kind of cool being on a team with these two guys (Kevin Durant and Kyrie Irving) because they’ve been through different things in their careers, where they can kind of relate, because their names always — something’s going on with everybody’s name here. I take it for what it is.”

Simmons specifically praised the way that both Durant and Irving have treated him since arriving in Brooklyn — but it was Irving, based on his own experiences with social media, who offered Simmons some advice in handling the latest viral video.

“I’m no child on the Internet anymore,” Irving told ESPN. “I grew up in the Internet days, I think you can appreciate that of just when technology hit the boom and we didn’t expect that social media would take over the whole entire platform basis of where we get everything. It is a one-place shop where you are legitimately taking your eyes shopping on whatever the algorithm throws your way. So, if we think about it on that level, I think the nerds can appreciate that, how much that changes us all.

“For him, he’s grown up in Australia, there’s not much of a — I don’t want to disrespect his upbringing, but I don’t know if there’s a space where there’s a melting pot full of diversity and races coming together talking about issues as politics. And it’s just one world that you can honestly say what you feel. And not every country has shared that same freedom so for me telling him not only just ‘F all of it,’ but you got to be able to deal with it. You got to be able to face it.”

Simmons, who actually won the shooting game, knockout, against many of his teammates at the same Sunday practice for fans, said that he had discussions with Irving about the airball video prior to Wednesday morning’s workout.

“Me and Ky literally were just talking about it before practice,” Simmons said. “He’s like ‘Why is everybody on our heads?’ But it comes with it. F—, we’re interesting people I guess. Some guys you wouldn’t talk about because you just don’t care.”

For his part, Irving believes it’s his role as a leader of the team to both support Simmons when he can, but also allow him the space to deal with things as he sees fit.

“I think one of our greatest strengths as a human community is humanizing each other’s lives,” Irving said. “He’s a human being so he’s going to respond his way. And he’s going to deal with things his way and we have to honor and respect that, that’s what people with integrity do. Not everyone lives by those same moral principles so yeah, as a leader, I feel like it’s my responsibility to protect him, but I also must understand he has to go through things on his own.

“And when he asks for help, just be there for him. It’s easier said than done. Help is very cheap. It’s free. You can offer it to anybody — so that’s just where I stand with it, brother.”

As Simmons works to find his rhythm again on the floor after being away for so long, he does so feeling like he has the support from the Nets that he needs in order to succeed.

“Definitely,” Simmons said. “I got support from all these guys, the coaching staff, the organization, so it’s up to me to go out there to do my job now and work. But you know, Kev, Ky have been great to me. Royce [O’Neale] has been phenomenal. It feels like home. It feels normal to be here and come to work. Besides that, we just need to put that work in and build some chemistry.”