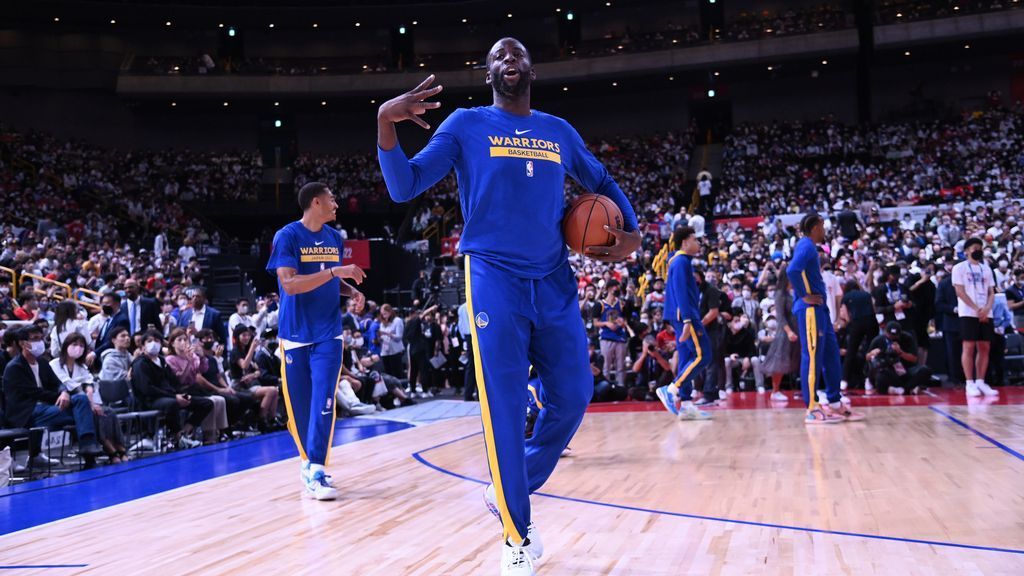 SAN FRANCISCO — Golden State Warriors forward Draymond Green returned to practice on Thursday following a week away from the team after the fallout from punching Jordan Poole last Wednesday.

The Warriors opted not to suspend Green for the incident, and instead fined him. He will play in the Warriors’ final preseason game against the Denver Nuggets on Friday and will be available on opening night against the Los Angeles Lakers on Tuesday.

“We had the conversations about what we need to do moving forward, and we’re going to do that,” Green said. “We are not going to continue to hold on to the past.”

Green did not offer details on what work he did during his hiatus, but said he is in a better mental state now than before he left.

Green, along with head coach Steve Kerr and center Kevon Looney, said that Thursday’s practice was business as usual and there was no awkwardness surrounding the team.

Before welcoming back Green, the Warriors conducted meetings with the front office, members of the coaching staff and prominent players, including Poole, Looney, Stephen Curry and Andre Iguodala.

Once there was approval from the players, namely Poole, the Warriors opted to bring back Green. Even though the team is ready to move forward, Green acknowledged there will be residual feelings about the altercation — which Kerr has called the biggest crisis during his tenure in Golden State.

On Wednesday night, after announcing Green would return to basketball activities, Kerr said, “[Our] culture has been damaged by this incident. You have to work to repair that.” He added that Green broke the team’s trust.

But Green pushed back against the notion that he has to rebuild trust among his teammates, despite saying he had a lot of work to do before stepping away from the team.

“It’s about making sure our team camaraderie is right,” Green said. “You can tell when you’re playing against a team and they have good camaraderie … if not, they can be broken easy … if you have that, you can build through anything. [Our camaraderie doesn’t] get very shaken.”

Green said the Warriors’ stability stems from the core they have built over the past decade and a mutual understanding of what it takes to win — and the desire to win.

That mindset is how Green plans on navigating his relationship with Poole moving forward.

“Jordan is a professional, and I am a professional. We have a job to do … we’re going to do just that,” Green said. “[As far as a personal relationship], I’m not sure. That’s not up to me, nor do I think there is much relevance. We’re paid to do a job and we are going to do that job to the best of our abilities.”

Best Maryland Sportsbook Promo Codes (How to Get $400 From FanDuel and DraftKings Today)
For the struggling 76ers, it might get worse before it gets better
George misses Clippers’ win with hamstring strain
NBA Trade Rumors: Jae Crowder’s most likely destination finally revealed
Celts’ Brown: I don’t endorse Barclays protesters