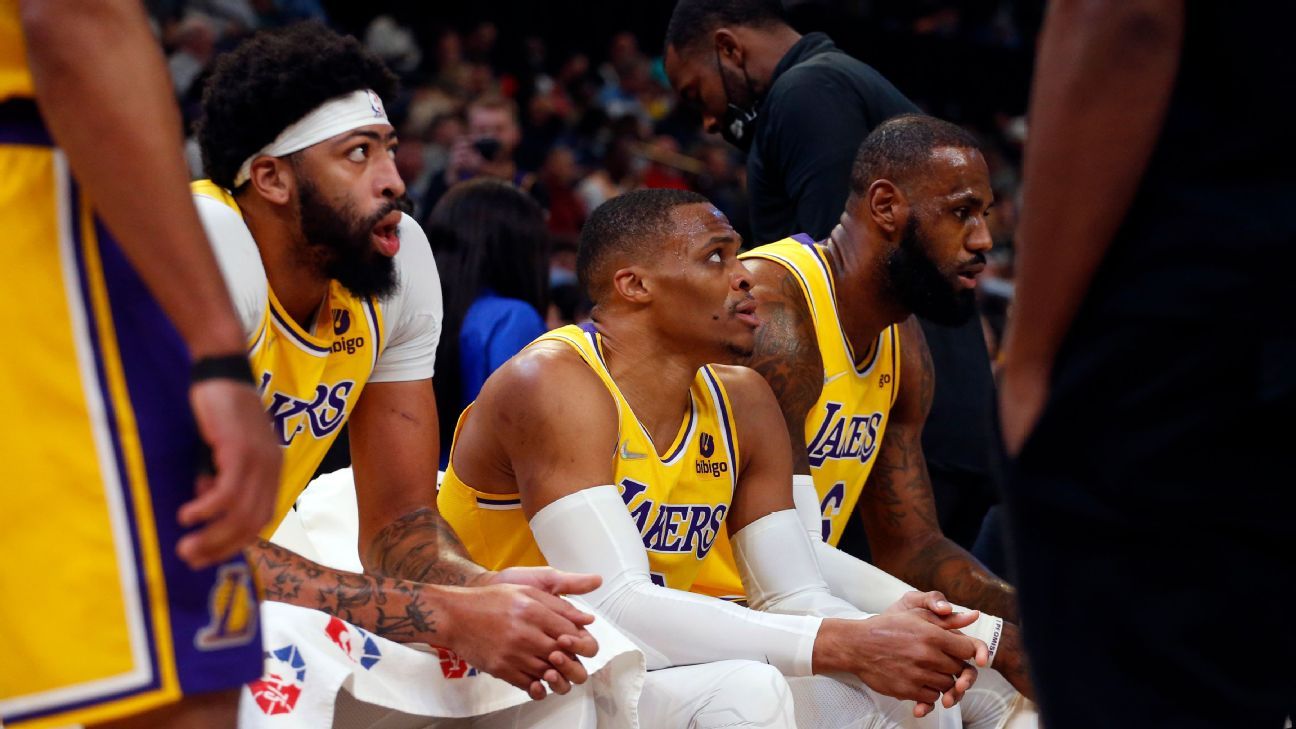 The Los Angeles Lakers will bring Russell Westbrook off the bench for their final preseason game, a move that might be a precursor to a longer look at the nine-time All-Star guard quarterbacking the second team, sources told ESPN on Friday.

Lakers coach Darvin Ham and Westbrook discussed the possibility of him serving as a sixth man throughout the offseason, and sources said the two discussed it again Thursday ahead of the road game Friday against the Sacramento Kings.

The Lakers want to give Westbrook a chance to play both faster and freer with the ball in his hands leading the second unit, something perhaps mirroring the autonomy that Rajon Rondo had during the 2019-20 season.

Westbrook, who is on a $47 million expiring contract, has been the subject of numerous trade discussions throughout the offseason, and that is expected to continue through the start of the regular season and toward the February trade deadline. Westbrook has started 1,004 of his 1,021 career NBA games — coming off the bench only in his first 17 games as a rookie in 2008.

This would be the Lakers’ sixth different lineup in six preseason games, something Ham said Thursday would be by design.

“It’s different combinations of seeing different guys play together,” Ham said. “You have to prepare yourself. You got to get out in front of the fact that there’s going to be injuries. We don’t want them to happen. We don’t want them to happen to any of our guys, let alone our main guys. You just have to prepare yourself and be at the forefront of that by plugging in different lineups, different players and different positions so that when that day comes, you feel a little bit more prepared.”

The Lakers will be without Anthony Davis for the preseason finale. Davis did not make the trip to Sacramento, with Los Angeles holding him out for precautionary reasons as he continues to manage lower back tightness, according to the team. Davis is expected to be in the lineup Tuesday for the regular-season opener against the Golden State Warriors.

Point guard Dennis Schroder also will not play against the Kings because of a thumb injury that will sideline him for the start of the season, sources told ESPN.

Ham said Lonnie Walker IV (ankle) and Juan Toscano-Anderson (quad) both practiced Thursday and that he planned for them to play against the Kings.

If nothing else, Ben Simmons gave 76ers fans free Chick-fil-A
NBA ref Kennedy: ‘Hideous hate crimes’ must stop
KD: ‘Pretty cool’ seeing LeBron on cusp of history
Does anyone want to win in the West? Our NBA Power Rankings update
Best Maryland Sportsbook Promo Codes (How to Get $400 From FanDuel and DraftKings Today)