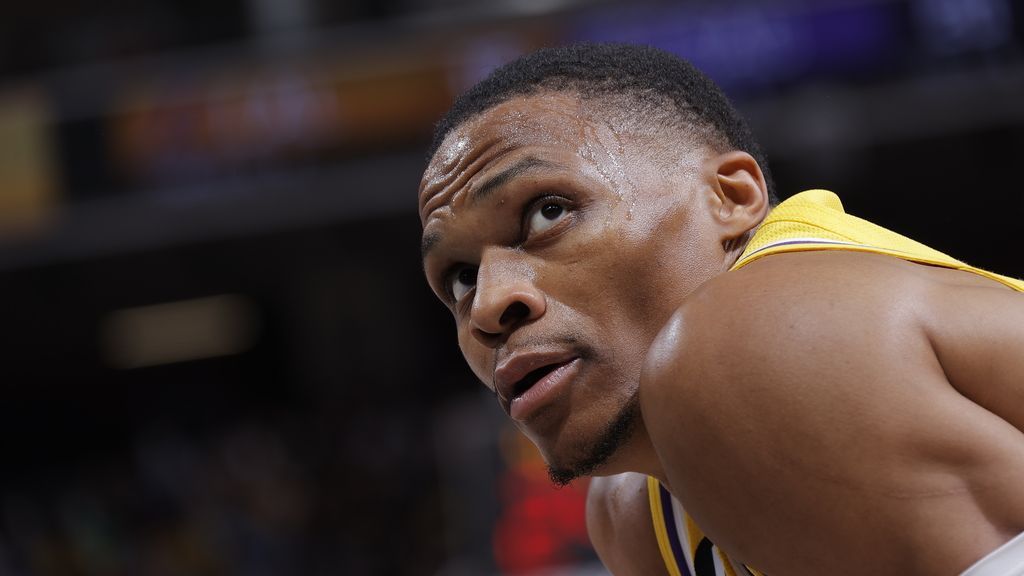 Lakers guard Russell Westbrook will be reevaluated Saturday after exiting Los Angeles’ 133-86 loss to the host Sacramento Kings on Friday night with a left hamstring injury.

Westbrook exited the court in the first quarter, but it was unclear how he suffered the injury.

Coach Darvin Ham said after the game that Westbrook told him he thought he’d be OK.

Westbrook was coming off the bench in the Lakers’ preseason finale, a move Ham said before the game was “not a demotion” but “a realignment.”

Westbrook entered midway through the first quarter and missed two 3-pointers and had two turnovers in five minutes before leaving with the injury.

LeBron James led the Lakers with 12 points, playing 20 minutes. Los Angeles also was without Anthony Davis, with the big man skipping the trip for precautionary reasons because of lower-back tightness.

Davis is expected to be in the lineup Tuesday for the regular-season opener at the defending champion Golden State Warriors.

Point guard Dennis Schroder also did not play against the Kings because of a thumb injury that will sideline him for the start of the season, sources told ESPN.

ESPN’s Adrian Wojnarowski and Dave McMenamin and The Associated Press contributed to this report.

NBA refs are cracking down on traveling — whether teams like it or not
Nikola Mirotic: From the NBA to Serbian sheep cheesemaker
‘Teams are looking for a different type of big’: The Cavaliers have two
The Whiteboard 1-on-1 NBA Power Rankings: The best bucket-getters
The Whiteboard: Inner circle NBA contenders are separating