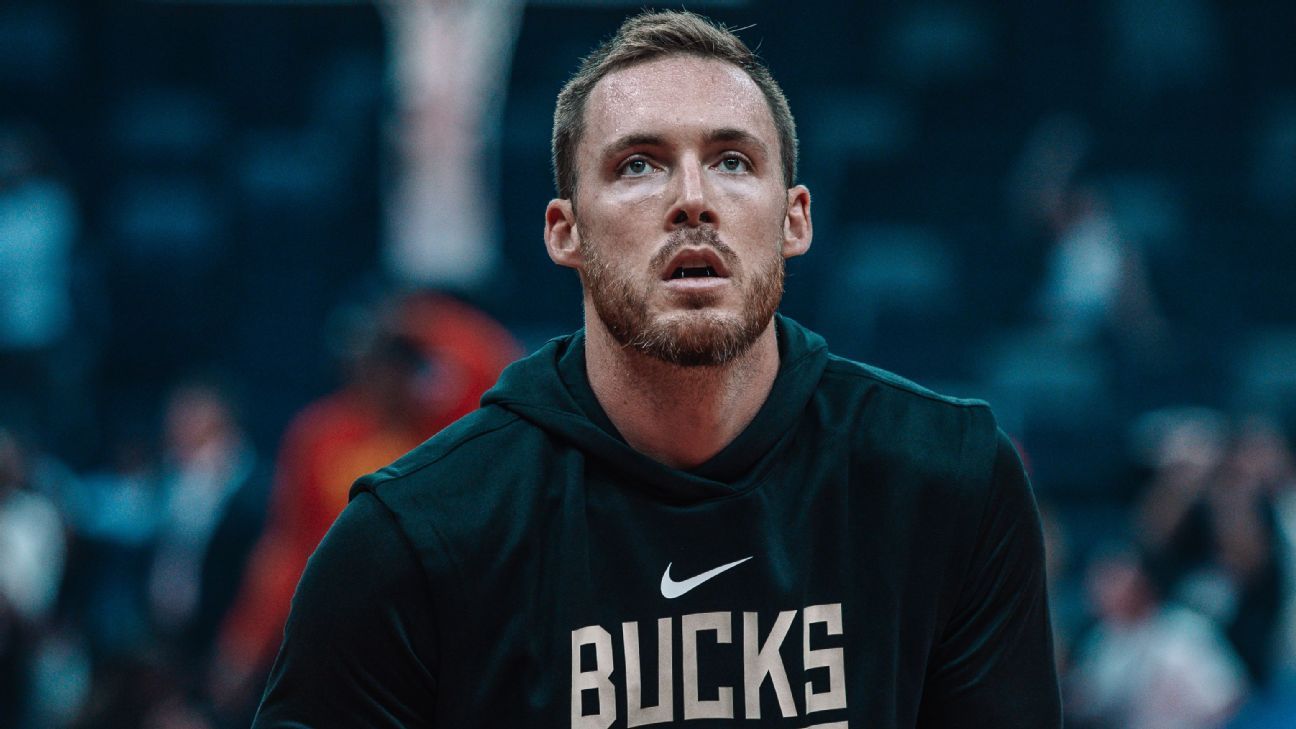 “We don’t think it was an incident in a game,” Budenholzer said before Wednesday’s game against the Brooklyn Nets. “There’s something that’s just not quite 100%, not perfect, so this time of year we can be extra cautious.”

Connaughton’s injury leaves the Bucks without one of their key reserves to start the season through at least early November. He put up career highs in minutes (26.0), points (9.9), rebounds (4.2) and 3-point shooting percentage (39.5%) in 65 games (19 starts) last season, which led to a three-year, $28.5 million extension during the offseason.

Milwaukee will already be without forward Khris Middleton while he recovers from wrist surgery in July. The Bucks open the season Thursday night in Philadelphia against the 76ers.

Kawhi, PG traveling for road trip but out vs. Kings
Sources: Bucks’ Middleton to return on Friday
‘Teams are looking for a different type of big’: The Cavaliers have two
Horford, Celts agree to 2-year, $20M extension
Nikola Mirotic: From the NBA to Serbian sheep cheesemaker