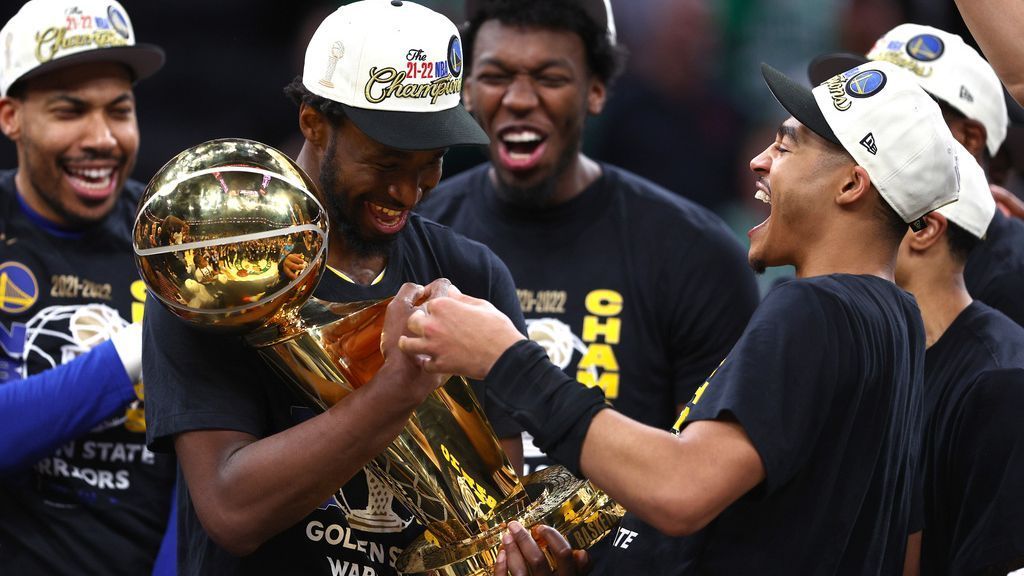 SAN FRANCISCO — For the past two years, the Golden State Warriors have been vocal about their desire to bridge their current success with future success. And over the weekend, they put that into action, signing Jordan Poole and Andrew Wiggins to contract extensions.

The Warriors signed Poole to a four-year, $140 million extension, while Wiggins agreed to a four-year, $109 million deal, their agents at CAA told ESPN. The team announced both signings Sunday but did not disclose the terms.

The financial commitment to keep the core of the Warriors’ 2022 NBA championship team together is massive, with the payroll and luxury tax for the 2023-24 season looming at an unprecedented $483 million.

“I know what the numbers are. … I cannot evaluate what we are going to do next season until we see what happens this season,” Warriors general manager Bob Myers said in a news conference Sunday. “I just know this: There’s a huge commitment to winning. There always has been, and I believe there always will be. I am lucky to be in an [ownership] group that believes that. Their actions prove it.”

Warriors CEO Joe Lacob has publicly addressed how Golden State’s spending habits haven’t sat well with other teams around the league and said he is aware he and Myers will have tough choices to make down the line.

On Sunday, Myers reiterated that those decisions will be made when confronted with them head on.

“We have to take it year to year. If you asked me a year ago if we were going to pay Poole and Wiggins this, I would not have believed you,” he said.

Poole, the 28th pick in the 2019 draft, was sent to the G League his sophomore year and has since emerged as one of the best young guards in the league.

“I couldn’t stop smiling. I really tried to stop,” Poole said of the moment he signed his contract. “All of the hard work at all the different stages; you know you will face adversity but you have to have faith and confidence and self-belief. … This is a very special and life-changing moment.”

Wiggins arrived in Golden State in 2020 in a trade with the Minnesota Timberwolves. He wasn’t a highly sought-after player, despite being the 2015 No. 1 pick, but he quickly revitalized his career with the Warriors.

Last season, when he was voted an All-Star starter for the first time in his career, Wiggins averaged 17.2 points and 3.3 rebounds. He also shot a career-best 39.3% on 3-pointers and became the team’s go-to wing and guard defender in the playoffs, often assigned the opponent’s best player.

“I am happy here, and we have a chance to do something special,” Wiggins said. “I believe in what we’re doing here.”

Originally, the Warriors didn’t plan on signing Wiggins and Poole on the same day. Golden State was driven by the Oct. 17 rookie extension deadline to find a new deal with Poole, but the Warriors had until the end of the season to settle on a new agreement with Wiggins to prevent him from becoming an unrestricted free agent. Meaningful conversations with Wiggins’ representation didn’t pick up until last week, Myers said.

Now, with both of their new contracts in place and the Warriors’ tax penalties looming, the question is: What does this mean for Draymond Green, who can become an unrestricted free agent next summer if he declines his $27.6 million player option? And, how will his altercation with Poole in practice a week and a half ago impact this?

Poole addressed the incident, in which he was punched by Green, for the first time Sunday, and said that Green had apologized and that the two would move forward with a professional relationship.

In September, Green said he didn’t expect a new agreement to be put in place this year. Last week, he reiterated his expectation and added that he wasn’t going to let it distract him this season.

Myers said the altercation between Poole and Green would not affect the way the team goes forward with Green’s contract.

“He’s on our team; we think he can help us win,” Myers said. “He has some things he needs to work through, and we’re confident he will.”