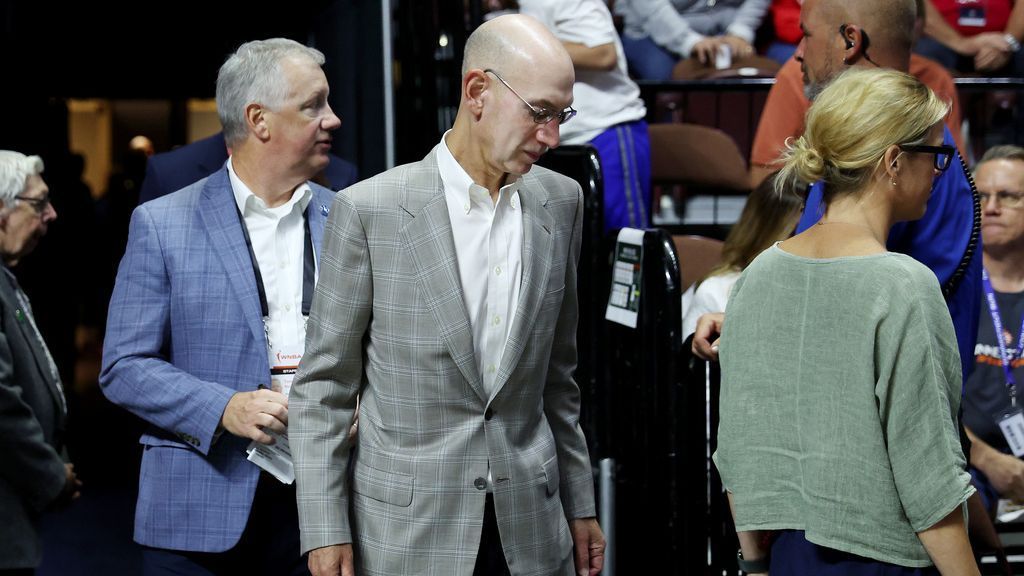 In comments to Phoenix Suns employees before the team’s season-opening win over the Dallas Mavericks, NBA commissioner Adam Silver apologized multiple times on behalf of the league office for enduring years of workplace misconduct under Suns majority owner Robert Sarver, according to sources who were present.

“I’m incredibly empathetic to what many of you have lived through,” Silver said to a group of hundreds of employees, including some team executives and the team’s interim governor, Sam Garvin, who all gathered in the lower bowl of the team’s arena hours before the game.

During a nearly hour-long address, Silver, sitting on a stool and holding a microphone, added, in part, “To the extent that you feel let down by the league, I apologize. I take responsibility for that.”

Silver was later asked about whether he or the league office was aware of issues in the team’s workplace under Sarver, who led a group to buy the team in 2004. Silver stated he was not.

“Did I hear ever that Robert could be difficult to deal with? Sure,” Silver told employees. “But that’s very different than conduct which is viewed as discriminatory in any way.”

On September 13, Sarver was suspended one year and fined $10 million after a 10-month NBA investigation, led by New York-based law firm Wachtell Lipton, found Sarver was involved in “instances of inequitable conduct toward female employees,” including “sex-related comments” and inappropriate comments on employees’ appearances, and used the N-word at least five times “when recounting the statements of others.”

Sarver, who also owns the Phoenix Mercury, announced on Sept. 21 he would be selling both franchises. In a Sept. 14 news conference the day after the NBA announced the findings of its investigation, Silver said that the league had received no calls to its confidential employee hotline and that no formal complaints had been filed.

Silver echoed those sentiments to employees Wednesday, noting that no conduct had been reported through any of the league’s official channels, but he reiterated his apology to employees.

“Obviously, it’s a failure of an overall system, of a league of 30 teams,” Silver said, adding that the league saw no reason before ESPN’s Nov. 2021 story, which detailed allegations of racism and misogyny during Sarver’s 17 years as owner, to step in and conduct an investigation into the franchise.

Silver acknowledged to employees the challenges of having league oversight of all 30 teams, a situation akin, he said, to national rights vs. state’s rights. Still, he said at one point that he did see it as the league’s role to ultimately have oversight over all 30 NBA teams, as well as all WNBA teams.

Silver was asked how the league could allow teams to operate with a measure of freedom while also expecting them to hold themselves to a certain standard. He said, in part, that it’s an evolving process but that it’s important for anyone associated with the NBA to have a “safe workplace” with responsible leaders and appropriate outlets to report any wrongdoing.

Silver said that he felt the law firm that the team used for the investigation — Wachtell Lipton — “did the best job that they could.” And he acknowledged that some employees might be wondering why certain allegations or stories they raised were not included in the report. He reiterated that the lawyers followed a process and that they remained “truly independent.”

Garvin, who has been a minority owner since 2004, when Sarver led a group to buy the team for a then-record $401 million, also apologized to employees on behalf of the team’s ownership group. Garvin said, in part, that “everyone deserves respect” and “everyone should be treated professionally.”

Silver was asked what measures the league would put in place for other teams so that other NBA team employees wouldn’t face similar issues to what those in Phoenix have faced. Silver referenced new processes, such as new reporting systems, and regular meetings with the heads of human resources for teams across the league, as well as making sure those individuals were appropriately trained.

Silver also acknowledged that people might not feel comfortable calling the NBA’s confidential employee hotline and that there needs to be other measures in place. One employee expressed “lingering frustration” with respect to some of the team’s initial public statements defending Sarver and asked how employees could positively move forward.

“You do need to talk about it,” Silver said. “I think it’s healthy.”

Silver admitted that there are professionals who best facilitate those types of conversations and can help people work through traumatic experiences. He also acknowledged that there is a level of “vulnerability” working in the league because positions are considered highly desirable and that some may tolerate more than they would in another profession because it’s their lifelong dream to work in the NBA.

Still, while acknowledging that he didn’t have any “deep answers,” Silver said it was important “just to really listen to people.”