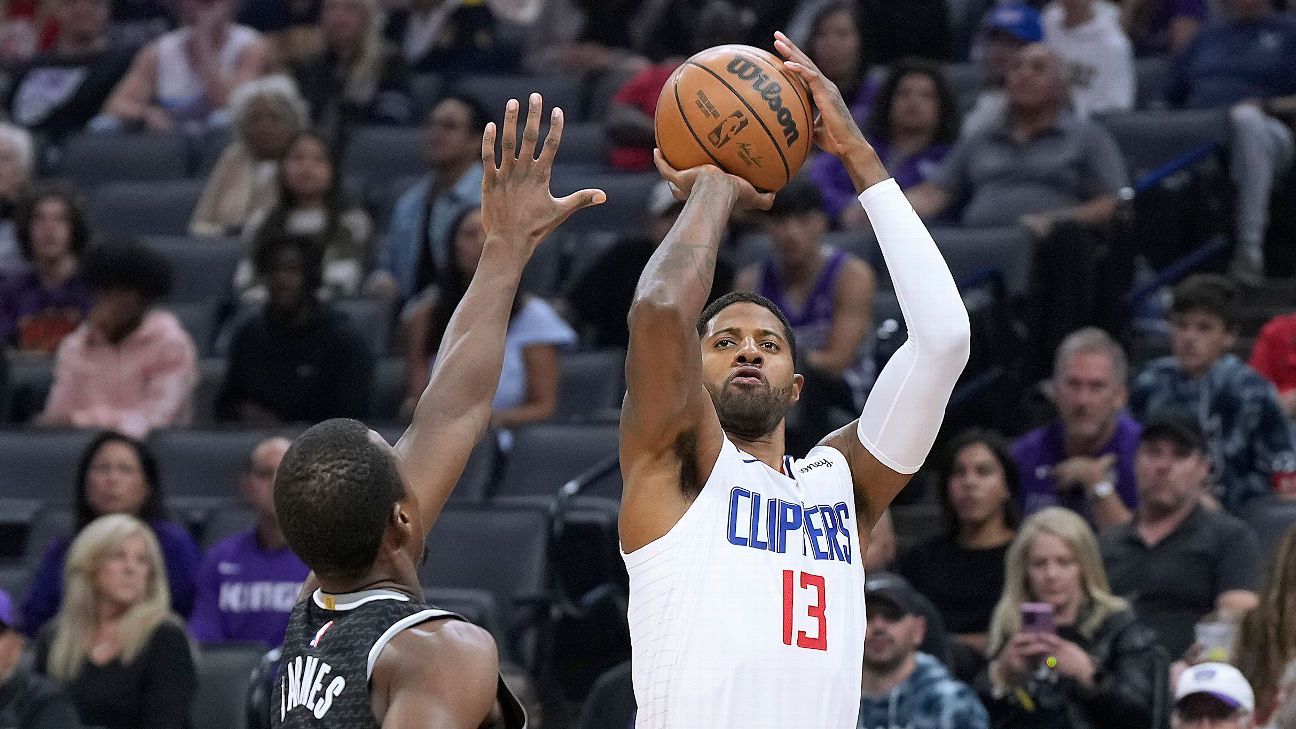 SACRAMENTO — LA Clippers star guard Paul George was in the middle of a big second quarter when he said a technical foul “turned my aggression up.” He proceeded to take his anger out on the Sacramento Kings.

George exploded for 40 points to go with six rebounds and six assists to lead the Clippers to a 111-109 win over the Kings at the Golden 1 Center on Saturday.

George believed the Kings had their hands all over him and he let the officials know it when he was called for a technical with 2 minutes, 4 seconds left in the second quarter.

“I knew I had to be aggressive from the jump already,” George said of his scoring being fueled even more by the lack of foul calls and the technical foul. “If anything, it [was] just after being angry about that. It definitely turned my aggression up.”

With the Clippers resting Kawhi Leonard and John Wall in the first game of a back-to-back set, George scored 36 of his points in the final 31-plus minutes.

This was exactly what Clippers coach Ty Lue wanted to see from George. Earlier this month, George said Leonard was the clear No. 1 option on the team and that he was the No. 2 to show that there was no ego involved. Lue praised George, a seven-time All-Star and former MVP finalist, for setting a tone of sacrifice for the team.

But Lue also wanted to make sure that George wasn’t taking “a backseat” either, so he had a talk with George before the start of the regular season.

“I don’t think he has to change roles,” Lue said of George moving back and forth between a complementary and leading role when Leonard is playing and when Leonard isn’t. “I think he has to be aggressive. I think it is not one-two, it is one-and-one. Those two guys have to produce and perform at a high level for us to win, on both sides of the floor.

George said he understood Lue’s message to him.

“It was an easy conversation,” George said. “For me, I just pride myself on being that guy that enjoys doing everything. I enjoy being that glue guy, and whatever the team or whatever that game needs of me, I’m going to do.

George said he came to Sacramento motivated by his performance in the season opener against the Los Angeles Lakers. George shot just 4-for-12 and had 15 points, 10 rebounds but five turnovers and five fouls in a 103-97 win over the Lakers on Thursday.

In Sacramento, he had four points and three assists in the first quarter but his scoring came to life midway through the second quarter. He scored 15 points in the last 7:22 of the first half but was whistled for the technical foul after pleading his case with an official for being fouled.

George scored another 11 points in the third before scoring 10 in the final seven minutes to hold off the Kings. After Sacramento cut a 12-point fourth-quarter deficit to five with 2:22 left, George scored twice to push the lead back up to nine.

“Kawhi is going to be a process,” Lue said he told George of Leonard’s return after missing all of last season due to a torn right ACL. “It is going to be a while before he is back to the Kawhi we know.

“Tonight, I thought [George] was aggressive, thought he was great. … PG did a great job of bringing us home.”