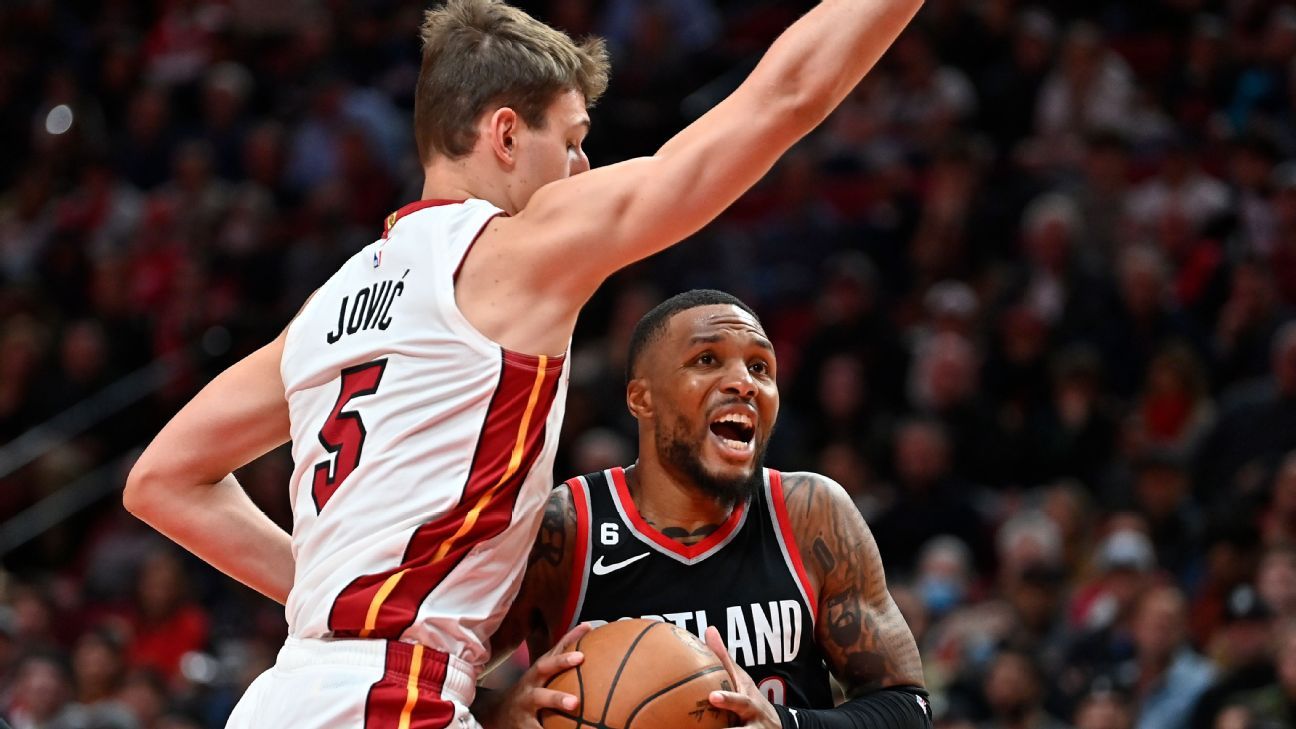 PORTLAND, Ore. — Damian Lillard left the Portland Trail Blazers‘ 119-98 loss to the Miami Heat on Wednesday night because of a strained right calf.

Lillard, a six-time All-Star, came up limping with just over five minutes to go in the third quarter and headed straight for the locker room. He did not return.

The Blazers announced he had a calf strain but further details were not immediately available. He had 22 points, including four 3-pointers, when he was injured.

Lillard scored 30-plus points in three of the Blazers’ first four games this season.

Wednesday was the team’s first loss of the season.

Information from The Associated Press was used in this report.