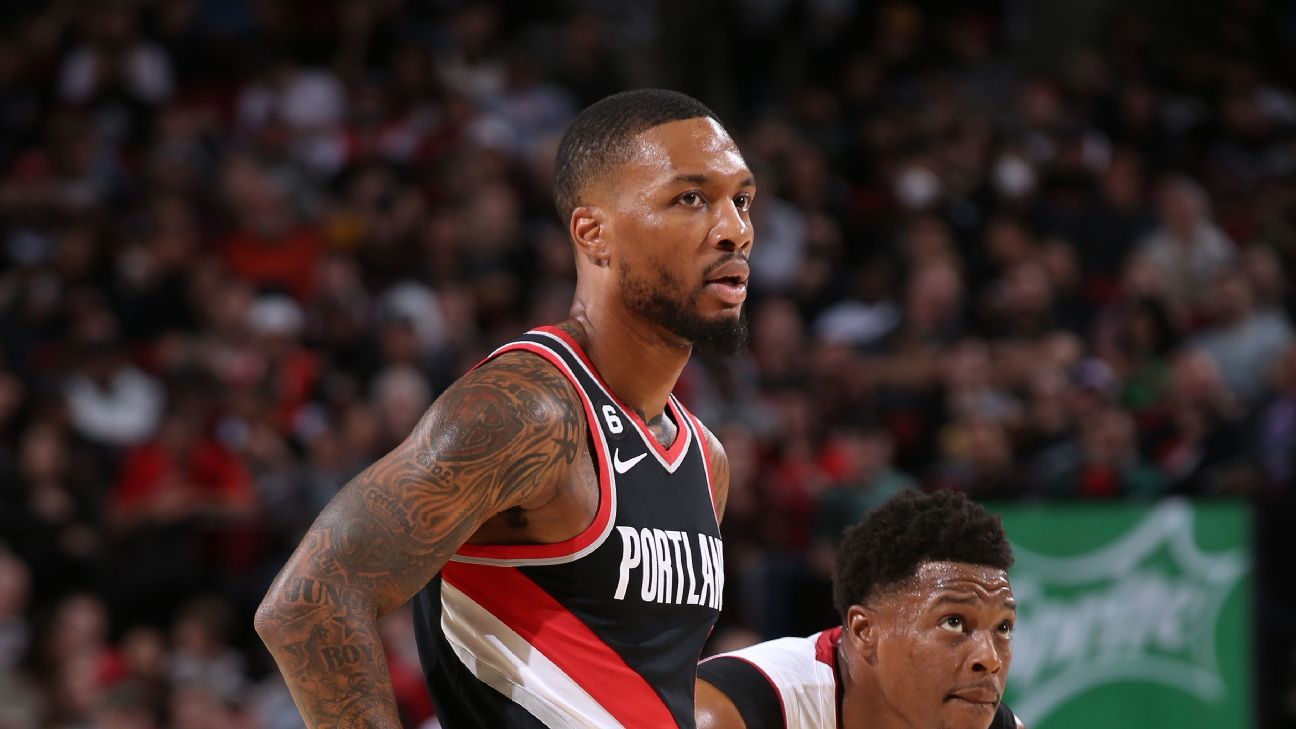 Trail Blazers guard Damian Lillard has a Grade 1 strain of his right calf and will be reevaluated in 1-2 weeks, the team announced Thursday.

Lillard suffered the injury with just over five minutes remaining in the third quarter of Wednesday’s loss to the Miami Heat. He went straight to the locker room and did not return.

After the loss, Lillard said the calf felt a little tight before tipoff and persisted throughout the first half. He received treatment on it and put some compression on it at halftime, only to strain it in the third quarter.

“It wasn’t nothing that I was overly concerned with,” Lillard said after the game. “I just know that it wouldn’t make sense to try and push through it in the fifth game of the season.”

The Blazers host the Houston Rockets Friday night. After that, Portland has a break before hosting the Memphis Grizzlies next Wednesday.

“Now I’ve just got to be smart, and make sure I’m getting a couple of treatment sessions in each day, and just try to stretch it,” Lillard added. “So probably not going to be playing that game on Friday. That will give me six days of maybe two sessions some days, three sessions other days, and try to be ready for that one. We’ll see.”

Lillard had 22 points, including four 3-pointers, before he was injured. He’s averaging 31 points and over four rebounds and four assists to start the season.

Information from The Associated Press was used in this report.

NBA refs are cracking down on traveling — whether teams like it or not
3 moves the Heat can make to turn their season around
The Whiteboard: Tyrese Haliburton, the NBA’s interception king
Stats show just how right it was to move Russell Westbrook to the bench
The Clippers are committed to the Kawhi experience — for better or worse