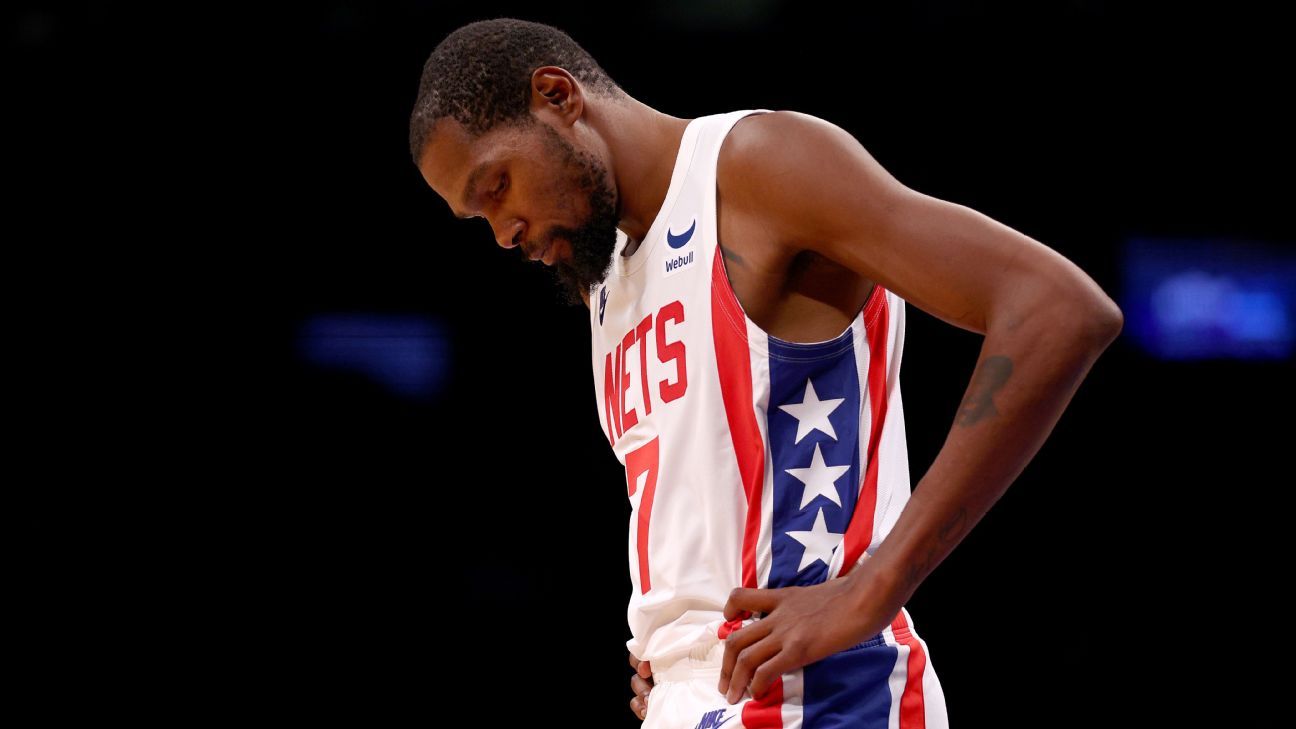 NEW YORK — The Brooklyn Nets held a players-only meeting after Saturday night’s 125-116 loss to the Indiana Pacers. It was the Nets’ fourth straight loss and dropped them to 1-5 this season.

“It was a disaster,” Nets coach Steve Nash said of the loss. “How else do you say it? I didn’t see the will, didn’t see the desire, or the connectivity necessary to get stops and get rebounds … We just got to make a bigger commitment and it’s got to mean more and we got to care more.”

The Nets looked lifeless at times Saturday night as the undermanned Pacers, playing on the second night of a back-to-back, outworked and outhustled a Nets team that has struggled to find consistency all season.

“It was a s—ty night,” Nets star forward Kevin Durant said. “Excuse my language, it was a bad night. … We’re pissed. We enjoy basketball. We like to win, though, so of course when we lose the games it’s going to be a somber mood in the locker room. But it will change once we start playing some good basketball. We got a lot of basketball to be played ahead of us.”

The signs of a meeting were apparent soon after the Nets’ latest disappointing loss. Nash, who usually speaks to the media a few minutes after the game ends, was delayed getting to his news conference. The Nets’ locker room, which usually opens right after Nash finishes speaking, was closed long after Nash’s news conference was completed. Once the locker room finally opened, the mood was somber as players dressed quietly in front of their locker stalls and headed out of the Barclays Center.

“It was honest,” Nets swingman Ben Simmons said of the meeting. “We had a conversation. Obviously I’m not going to talk about, but it was honest. That’s what winning teams do. Hold each other accountable, be able to be open and talk to your teammates, and respect that and be men.”

Durant was asked if, in his experience in the league, meetings helped a team come together.

Nash was asked if he felt his message was still getting through to the team.

“They’re hearing it,” Nash said. “They’re arguing with each other about missing coverages and the lack of communication out there. Just too many errors. Too many errors on top of lack of effort at times. Sometimes it’s not even about schemes, it’s about fight.”

The Nets have not had enough of that early in the season and the frustration within the group appears to be boiling over.

“We have to look deep,” Nash said. “Deep inside ourselves and what we want to do. What do we want to accomplish? Do we want to give up on this because it’s been difficult early or do we want to stay the course and start to build something?

“We’ve had a lot of really good days here early in the season and we’ve lost a couple games and it’s shook our mentality, shook our mentality hard. And we’re not seeing the same competitive spirit, same purpose, and if we don’t clean that up it’s not going to get better. It’s the only way to get out of difficult positions is to have character and competitive spirit.”

Bol Bol is turning into everything teams think Victor Wembanyama will be
Simmons on Philly return: Expected louder boos
What’s fueling Lonnie Walker IV’s surge with the Los Angeles Lakers
Kawhi, PG to remain out Sunday due to injuries
If nothing else, Ben Simmons gave 76ers fans free Chick-fil-A