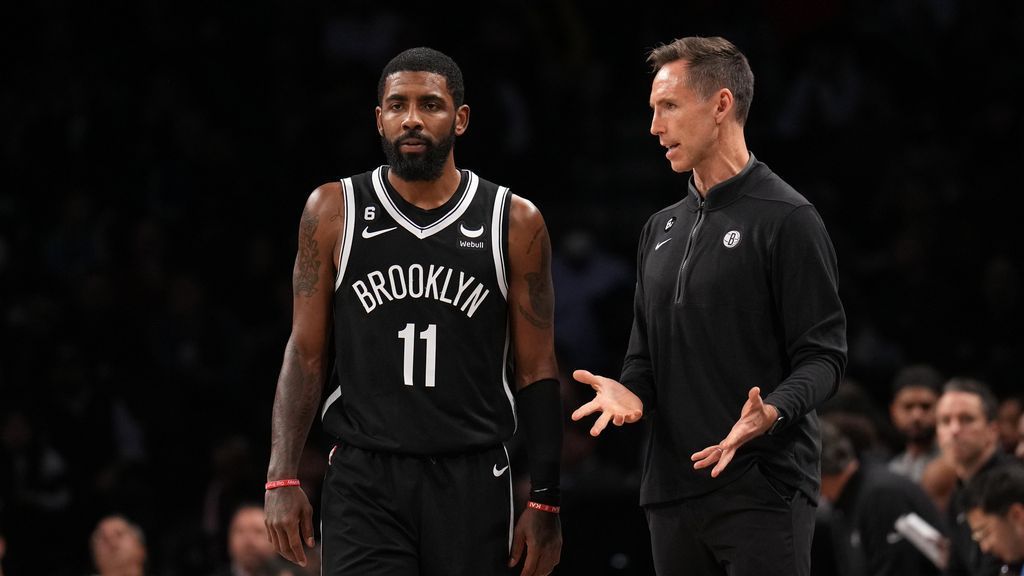 Irving on Thursday tweeted, then on Sunday night deleted, a link to the movie “Hebrews to Negroes: Wake Up Black America,” which is based on a book that contains antisemitic tropes.

“I just hope that we all go through this together,” Nash said prior to Monday’s 116-109 win over the Indiana Pacers. “There’s always an opportunity for us to grow and understand new perspectives. I think the organization is trying to take that stance where we can communicate through this. And try to all come out in a better position and both more understanding and more empathy for every side of this debate and situation.”

Nash said it “certainly helps” that Irving deleted the post but did not go into specifics about whether or not disciplinary action was ever considered for Irving, noting that he wasn’t part of all the internal conversations within the organization. As for how the organization felt Irving handled the past two days, Nash said it was an “ongoing conversation.”

“I haven’t been a part of those internal talks to be honest,” Nash said. “I’ve been just coaching, preparing the team, but I know that they’re working at that constantly.”

A group of eight men and women sat courtside near the Pacers bench Monday night wearing “Fight Anti-Semitism” T-shirts. Speaking to ESPN at halftime of the game, Nets season-ticket holder Aaron Jungreis said he believes Irving should be suspended.

“We felt that the Nets did not condemn an antisemite in their ranks,” Jungreis said. “And we wanted to show love, we’re still Net fans and we love the team, but they should reprimand Kyrie because he’s full of hate. We’re full of love. Hopefully he’ll come around to the other side.”

Jungreis said he does not believe the Nets have done enough in the wake of Irving’s post and his news conference Saturday night in which he defended it.

“I hope he realizes how much antisemitism he is stoking by putting out [a link to] a film like this,” Jungreis said. “Which is extremely anti-Jewish. And I hope he comes to his senses. … I think he should be suspended and he should understand what he did, but I don’t know if they will.”

The Nets did not make Irving available to speak to the media after the game. A Nets spokesperson said they didn’t yet know whether Irving would address the media following Tuesday’s game against the Chicago Bulls.

“He just has a sore knee,” Nash said. “That’s all I know really. [Tuesday] we’ll have to monitor and see how he is, but tonight he’s out and we’ll see how the knee is [Tuesday] and if he’s available.”