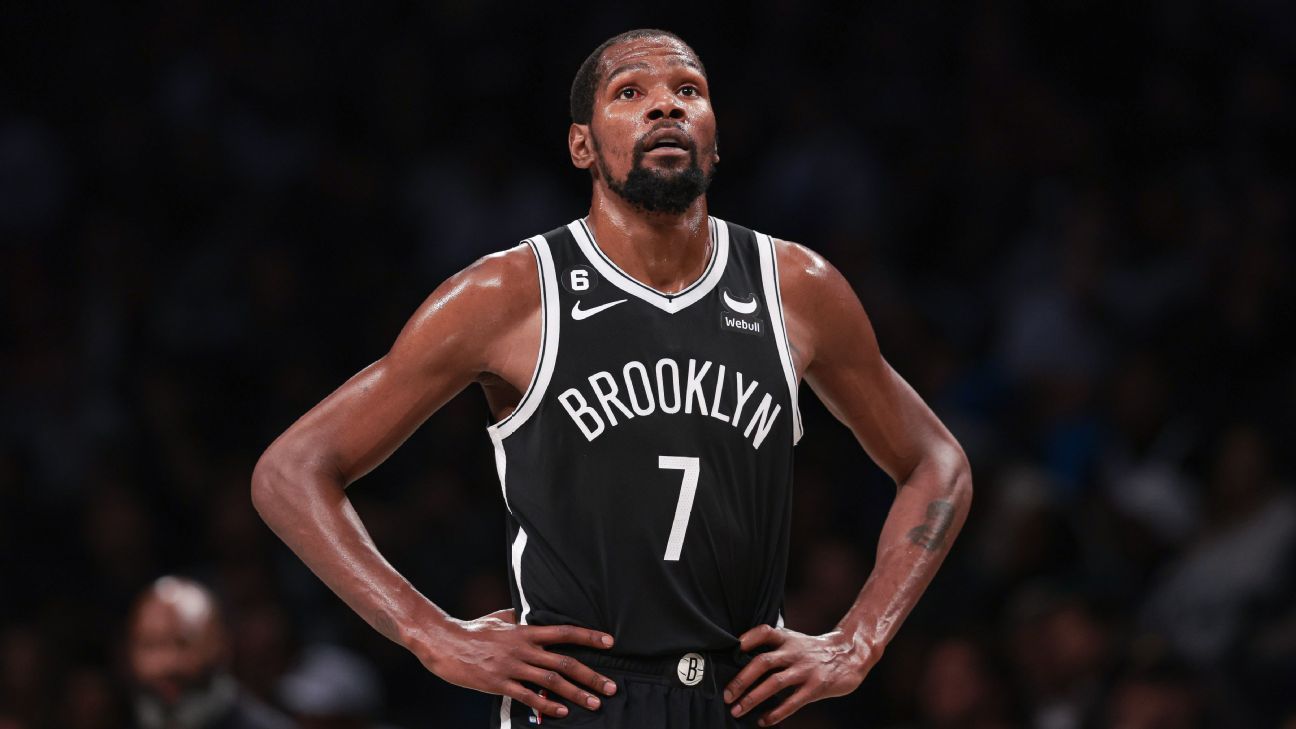 NEW YORK — Nets star forward Kevin Durant said he was “shocked” when he learned of Steve Nash’s exit as Brooklyn’s coach Tuesday, a decision that was announced by the organization as mutual.

“You’re always shocked when a move like this happens,” Durant said after a 108-99 loss to the Chicago Bulls on Tuesday night. “But it’s normal in the NBA. It’s about getting ready for the game tonight. It’s a quick turn always in the league, especially during the season. You’ve got practice, games coming up, so you can’t think too much about it. It was on my mind for a little bit today.”

Durant said he found out about the news regarding Nash around 1:15 p.m. ET after he woke up from a pregame nap and watched ESPN. Nets general manager Sean Marks said before the game that no players were consulted before the decision, which is notable, given Durant reportedly asked for Nash and Marks to be fired over the summer before rescinding his trade request before the season.

Durant developed a solid relationship with Nash during their time with the Golden State Warriors, when Nash served as a player development consultant. He was asked why he thought it didn’t work out for Nash in Brooklyn.

“A lot of stuff,” Durant said. “We didn’t have a healthy team. We just didn’t play well. And that’s what happens in the league. S— happens. That doesn’t take away from Steve’s basketball IQ, how he teaches the game. I don’t think that takes away from anything. It just didn’t work out.”

Durant said he has not yet spoken to Nash since the move became official. With Jacques Vaughn serving as interim head coach, the Nets fell to 2-6 after Tuesday’s loss. Durant has said several times over the past year, and reiterated again Tuesday night, that he believed Nash wasn’t dealt a fair hand given all the circumstances surrounding his two-and-a-half-year tenure.

“Let’s be real, we’re pros, we’re veterans. We had a tough start,” Durant said when asked if he was consulted about the decision beforehand. “It was a rocky year last year, rocky summer. We knew that everybody was being evaluated.

“That’s just how it is in the league. So I liked working with Steve. I like working with the coaching staff. It was a roller coaster the last few years, but the core of it — basketball — is something we all love to do. So regardless of who the coach [is], regardless of the circumstances, you still got to come to work. So I enjoyed coming to work with Steve.”

Durant was asked if he thought there was too much volatility around the team for it to win over time.

“That’s the NBA,” Durant said. “Everybody got volatility if you want to look at it. It’s just a matter of — outside people might look at what we do as bigger than what it is, but we come to work every single day. Guys have asked for trades before, coaches get fired, we have disagreements in our locker room, it happens in the NBA. But at the end of the day we all came to work. It just didn’t work out on the floor.”

KD: ‘Pretty cool’ seeing LeBron on cusp of history
Simmons on Philly return: Expected louder boos
LeBron returns, teams with AD to lead Lakers’ win
10 trades and free-agent signings the Lakers would like a do-over on
For the struggling 76ers, it might get worse before it gets better