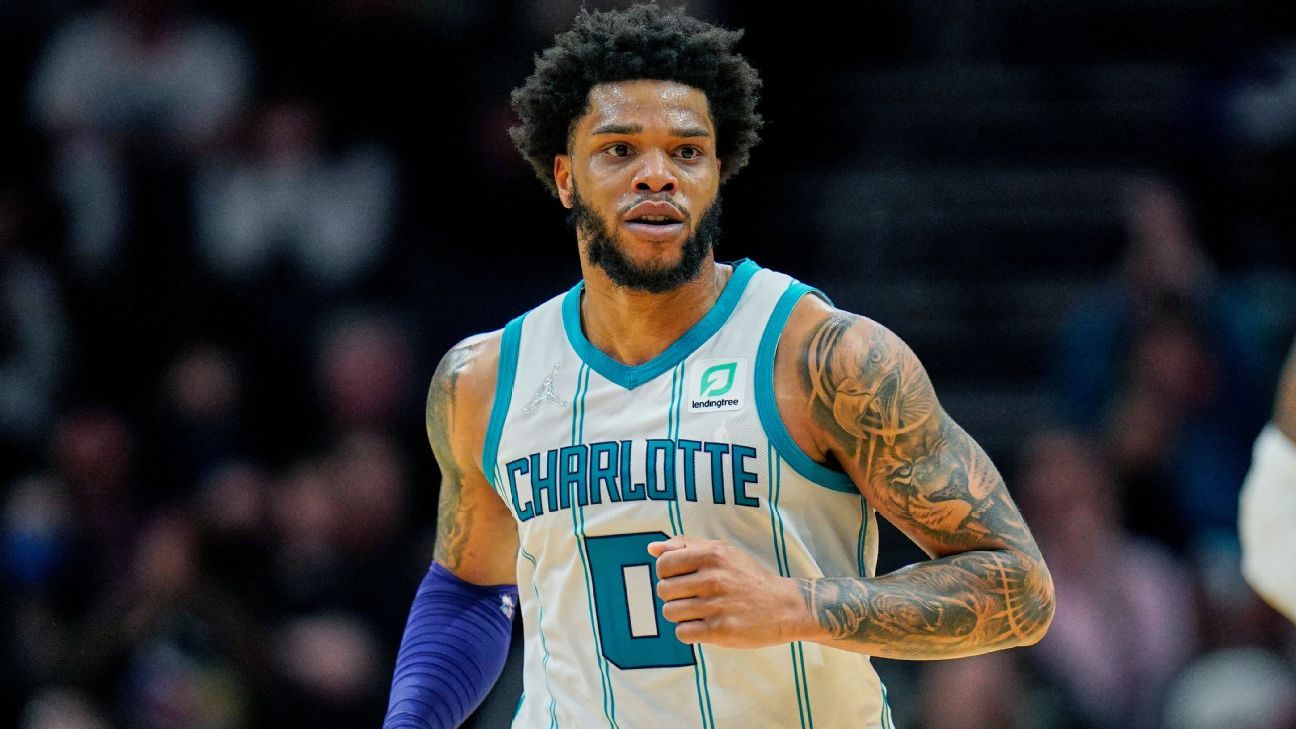 LOS ANGELES — Charlotte Hornets restricted free agent Miles Bridges pleaded no contest to a felony domestic violence charge Thursday morning in Los Angeles Superior Court and will face three years of probation and no jail time as part of a deal with prosecutors.

The no-contest plea means Bridges, who was present in court, is accepting the punishment and the conviction without formally admitting guilt in the case. Bridges was accused of assaulting his then-girlfriend in front of their two children in May. In July, Los Angeles County District Attorney George Gascon’s office filed three felony charges against Bridges, who initially pleaded not guilty to all three.

On Thursday, Bridges’ attorney and the DA’s office reached an agreement, which a prosecutor said the woman agreed to and approved of, that he plead no contest to one count — California Penal Code Section 273.5(a), which covers domestic violence toward a spouse or other cohabitant — and that the other two counts be dismissed. The felony charges also included “an allegation of causing great bodily injury on the domestic violence victim,” and that allegation was dismissed as part of the plea agreement.

The original charges filed in July were one felony count of injuring a child’s parent and two felony counts of child abuse under circumstances or conditions likely to cause great bodily injury or death. The DA’s July release said the children were present for the alleged assault but did not otherwise specify what the child abuse counts stemmed from.

During his three-year probation, Bridges, 24, will be required to complete 52 weeks of domestic violence counseling and 52 weeks of parenting classes, serve 100 hours of community service and undergo weekly narcotics testing with marijuana allowed only if there is a valid doctor’s prescription. He cannot own any guns or ammunition or any dangerous weapons. He also will have to pay a restitution fine of $300 and a domestic violence fine of $500, and obey the terms of a 10-year protective order, staying 100 yards away from and having no contact with the woman. Bridges and the woman maintain custody over their two children, and any visitation or exchange of children must be done peacefully and through a neutral third party.

At the moment, Bridges remains unsigned, but if he were to sign with a team, the NBA, under the collective bargaining agreement, has the right to suspend, fine, dismiss or disqualify him from any further association from the league because he pleaded no contest.

Bridges was arrested June 29 by Los Angeles police and released on $130,000 bond. The Hornets and NBA both said they were aware of the charges, with the league noting it is investigating the allegations.

Before his arrest, the Hornets had extended the 6-foot-7 Bridges a qualifying offer, which allows them a chance to match any offer sheet he signs with another team. Last season was his fourth in the NBA.