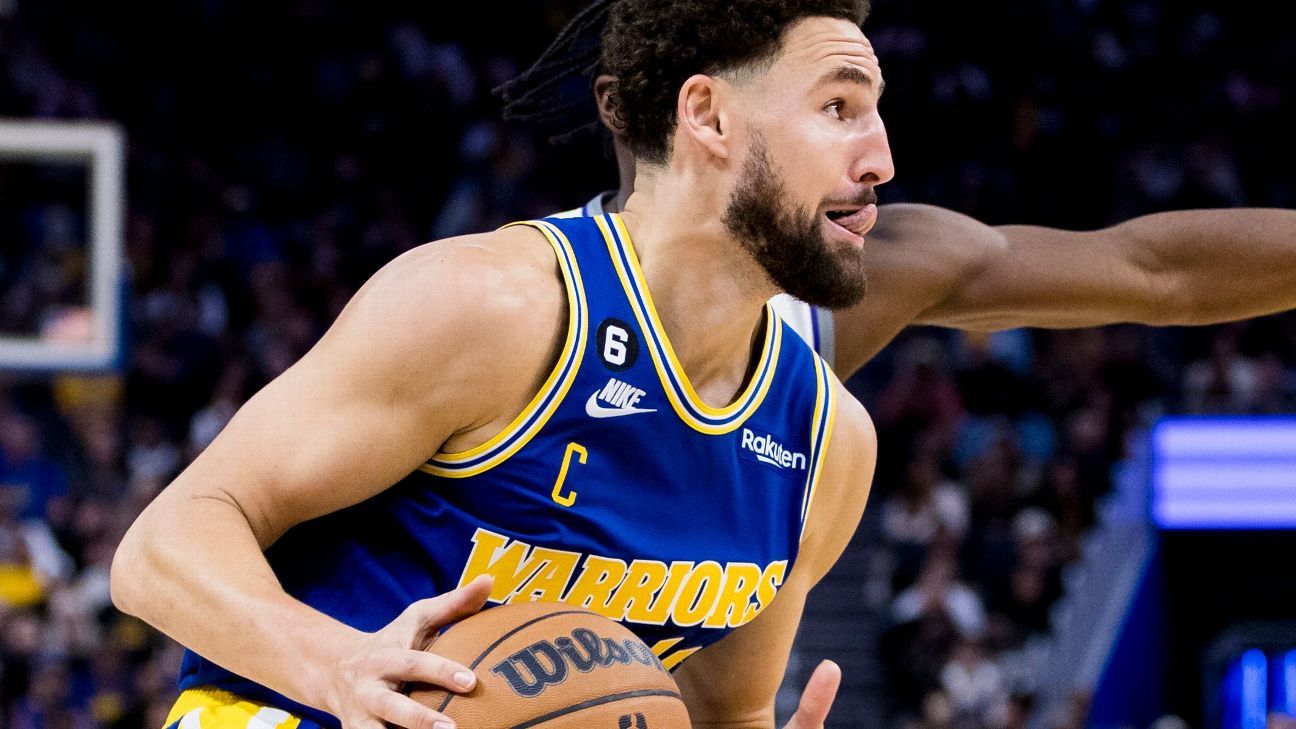 SAN FRANCISCO — The NBA’s Last Two Minute report confirmed a missed foul call on Klay Thompson as time expired in the Golden State Warriors‘ 116-113 win against the Sacramento Kings on Monday night, announcing that Thompson did make contact with Kevin Huerter‘s arm, which affected his jump-shot attempt, on his 3-point attempt that could have tied the score.

The Kings trailed by three when De’Aaron Fox inbounded the ball to Huerter with 1.3 seconds remaining. Huerter attempted a 34-footer over Thompson, who appeared to hit Huerter on arm during the shot attempt.

If Huerter made that shot or was awarded three free throws, he could have sent the game to overtime.

“The NBA knows it’s a foul, and basically all they’ll tell us is they missed the call, but you still lost,” Kings coach Mike Brown said Monday night.

This is the second time in the past week that missed calls have cost the Kings a game.

After their 110-107 loss to the Miami Heat on Wednesday, the Last Two Minute report revealed a missed travel call on Tyler Herro on what led to his game-winning bucket with 18.1 seconds remaining in the game.

“It’s tough being a Sacramento King,” Brown said. “Because Kevin got fouled … I just want, at the end of the game, somebody to step up and make the right call. A guy gets hit on the arm shooting a 3, that’s a foul. A guy takes six steps, or three, four steps, that’s a travel.”