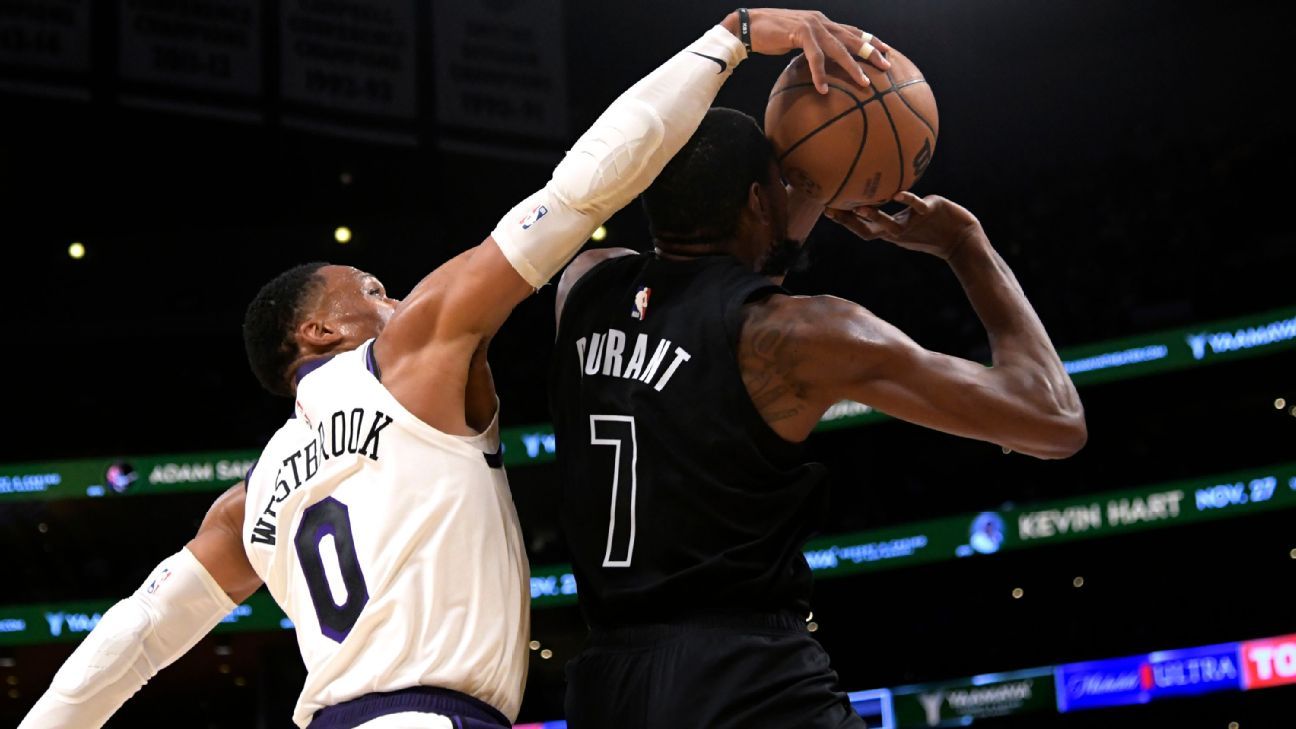 LOS ANGELES — Kevin Durant and Russell Westbrook spent eight seasons as teammates on the Oklahoma City Thunder — and thousands of hours practicing together through the years — so the pair knows each other’s respective games very well. That’s one of the main reasons Durant had to smile when asked what it was like to have a few moments going against his old teammate during the Brooklyn Nets‘ 116-103 loss to the Los Angeles Lakers on Sunday night.

“He’s just going to hack me the whole time,” Durant said after the game. “We’ve been doing that s— since we was 18, 19. But more than anything, to see the role Russ is playing right now, he’s just affecting the game in so many different ways. Twelve assists tonight, four turnovers, 14 points, he came in and put his imprint on the game so it’s always fun playing against him, regardless of what setting it is. It’s always been like that between us.”

The play that generated the most attention was Westbrook’s block on Durant from behind at the end of the first quarter, but Durant got his own point of revenge with a block on Westbrook later in the game. It was a fun back-and-forth between two players who went through a tough professional divorce when Durant decided to leave the Thunder and sign with the Golden State Warriors in the summer of 2016.

While there may be no love lost between the former MVPs, the respect is still evident in how they defend each other on the floor.