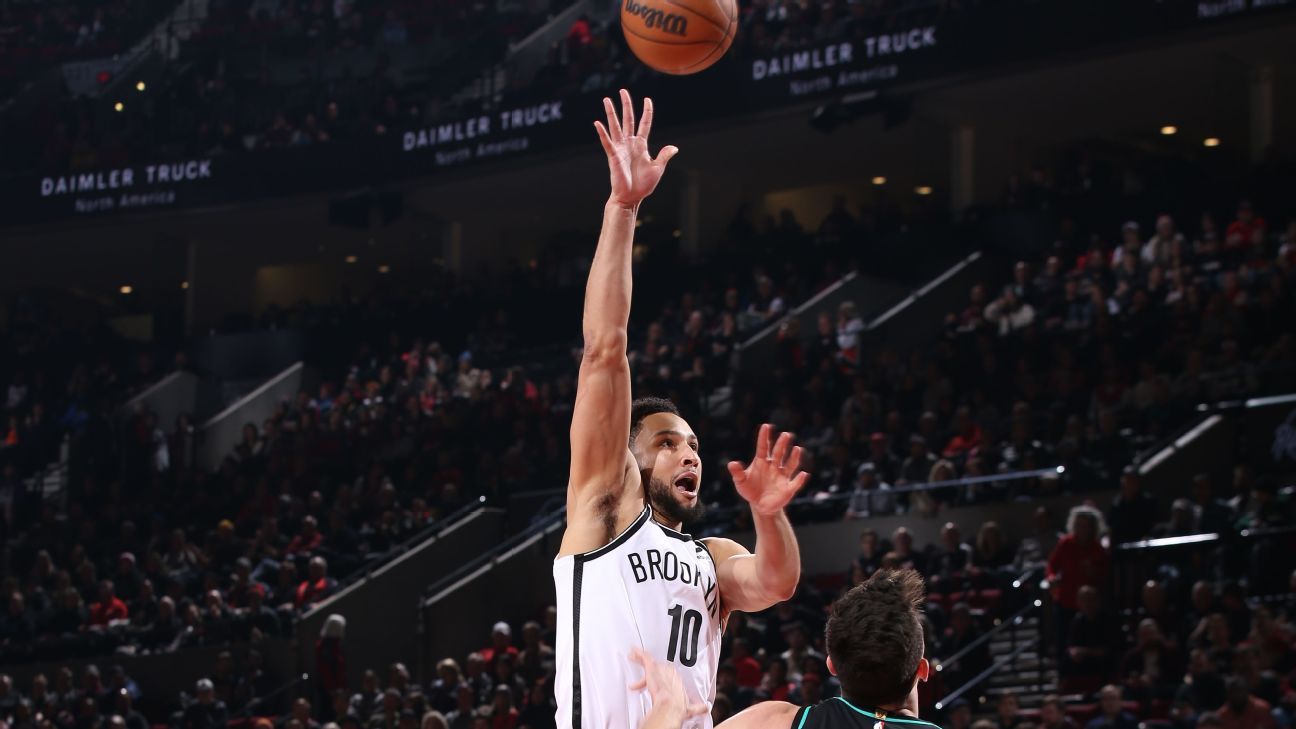 “I’m just happy for him because he’s been trying to get his form back, trying to figure his rhythm out. Tonight I think he did a good job just talking up, commanding the offense, commanding the team on the defensive side of the ball. He was incredible tonight. So we’re going to keep building on that and hopefully we’re able to get this next one, but he controlled the game and was able to get us back into it.”

After playing well in Tuesday night’s blowout loss to the Sacramento Kings, Simmons took his game to another level Thursday by attacking the rim when he got on the floor. More important, he showed no hesitation when the Blazers decided to employ a “Hack-a-Ben” strategy in the final minutes and send him to the foul line.

Simmons, who went 3-for-4 from the line down the stretch, played at the level the Nets were hoping to see since they traded for him just before last season’s February deadline.

“I love those moments,” Simmons said. “I’m not going to shy away. That was their plan. Obviously, it didn’t work. We were able to convert a couple free throws, get some stops. Just keep building. I like those moments.”

Simmons’ performance capped off the Nets’ best win of the season. Veteran swingman Royce O’Neale got a late tip-in just before the buzzer that sealed the win — and his first career triple-double — and Yuta Watanabe also delivered 20 big points off the bench.

But it was Simmons who left teammates and coach Jacque Vaughn brimming with confidence after the game.

“It’s very encouraging,” Vaughn said of Simmons’ performance. “Most minutes he’s played, really responded well. … Kind of what we envisioned him doing everything for us. The defensive versatility of guarding [Jusuf] Nurkic and also Damian Lillard. A lot of people can’t do that. And we can continue to grow with him and understand him, his game, how he benefits, with who. It’s very encouraging.”

Vaughn said the difference for Simmons was that he’s “just feeling good” after missing five games because of a swollen left knee. Vaughn said he had a simple message to Simmons coming into the game: “Play hard.”

“I’m coming,” Simmons said. “I’m getting there, man. It’s taking a little bit of time, but I got my own back. My teammates got my back, my coaches.”

The Nets also have confidence in knowing that suspended guard Kyrie Irving could return as early as Sunday after missing the past eight games because of a team-imposed suspension for “harmful impact of his conduct” relating to a social media post he made about a book and movie that featured antisemitic ideas.

“It’s obviously a great win, and you add somebody that talented, that great at the game of basketball back into your unit, we all are looking forward to it,” Durant said of Irving. “We’re playing a different brand of basketball than we were when he last played. So I know Coach [Vaughn] is looking forward to adding just another weapon in our offense, and he’s drawing up some amazing plays for us, so I know he’s got some more stuff up his sleeve for Ky.”