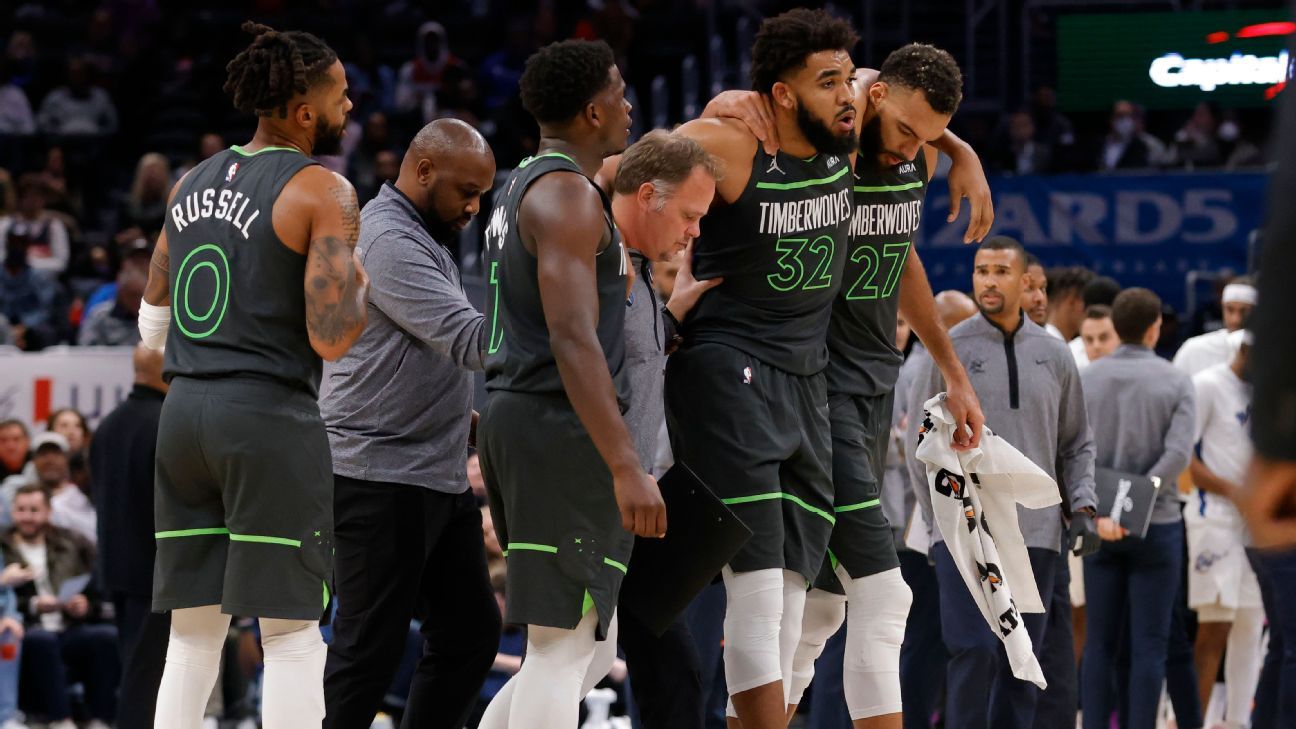 Minnesota Timberwolves All-Star forward Karl-Anthony Towns will undergo an MRI on his right calf on Tuesday, but there is early optimism that he might have avoided a substantial injury to his lower right leg, sources told ESPN on Monday night.

Towns suffered a noncontact injury turning to run down the floor on Monday night in Washington, reaching back to grab at his calf and leaving uncertainty about whether he had suffered an Achilles injury.

Towns needed help to leave the court for the locker room, but an initial examination suggested that Towns’ imaging upon returning to Minnesota would be unlikely to reveal severe damage.

The Timberwolves initially described the injury as a calf strain and ruled Towns out for the rest of the game.

Towns, 27, has averaged 21.4 points, 8.5 rebounds and 5.2 assists in 20 games for the Timberwolves. In eight NBA seasons, he has averaged 23.1 points and 11.2 rebounds. The Timberwolves have been trying make a Towns-Rudy Gobert partnership work on the team’s front line, pairing two All-Star 7-footers together.