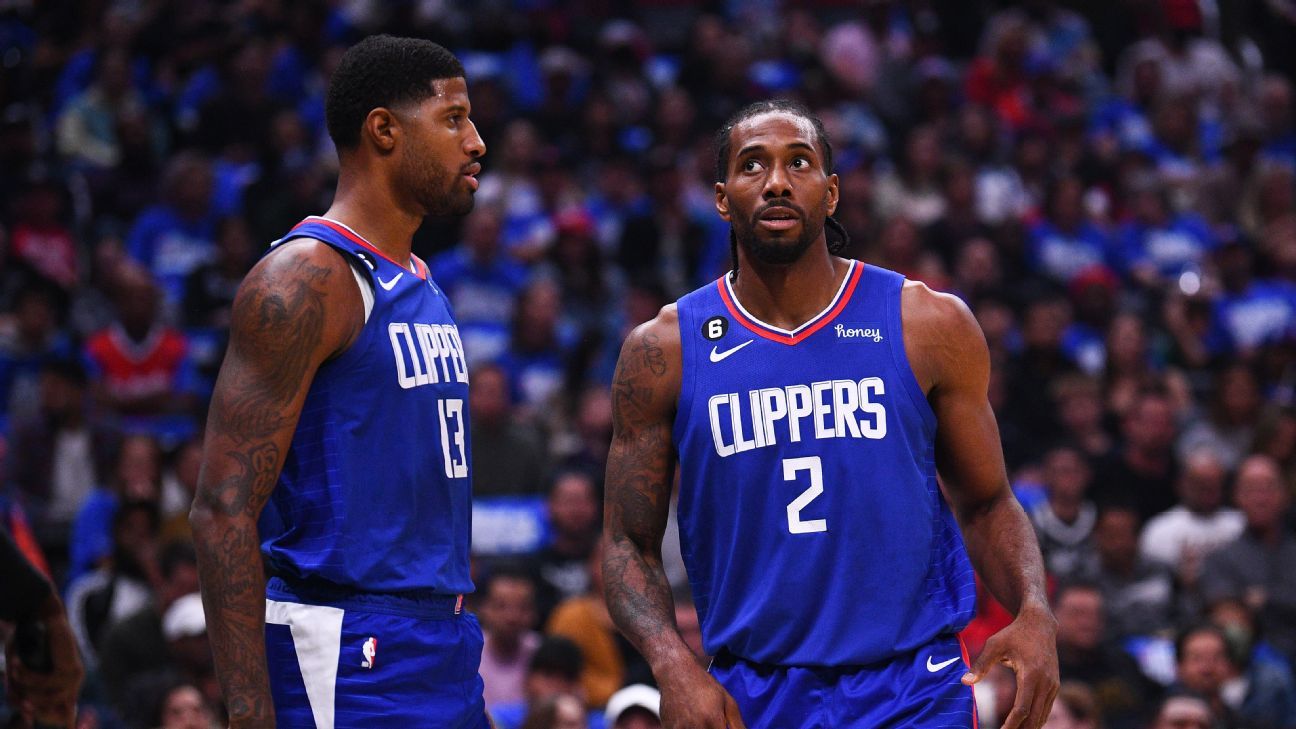 PLAYA VISTA, Calif. — Kawhi Leonard and Paul George returned to LA Clippers‘ practice Friday and are on the verge of returning to action.

Coach Ty Lue said the two Clippers likely will be considered questionable for Saturday’s game against Sacramento depending on how they both feel after Friday’s practice.

Leonard has been out for five games with a sprained right ankle. George has missed six with a right hamstring tendon strain.

“They’re going to do something today and just kind of see how they feel,” Lue said before practice. “But both are progressing really well.”

Lue said that guard Luke Kennard will also practice but will not play Saturday. Kennard has missed eight games with a right calf strain. Lue also said Norman Powell will be out with a left groin strain that kept him out of the Clippers’ loss at Utah on Wednesday.

But the Clippers’ coach says he is thrilled that his two stars are nearing their return. The Clippers have had players in and out of the lineup for much of the season because of injuries and restrictions.

“I’m excited to get guys back, PG and Kawhi, get Luke back,” Lue said. “But now we gotta wait on Norm so hopefully he feels better soon. But I am very excited just to kind of see what we have.

“It’ll take a little time [to get a rhythm]. Kawhi coming back still having a minute restriction. And our back-to-back situations [of holding out Leonard in one of the games]. So it’s going to take a little time just figuring out the rotations, who plays well with who, trying to figure out how to split Kawhi’s minutes and what’s best for the team and what’s best for him as well.”