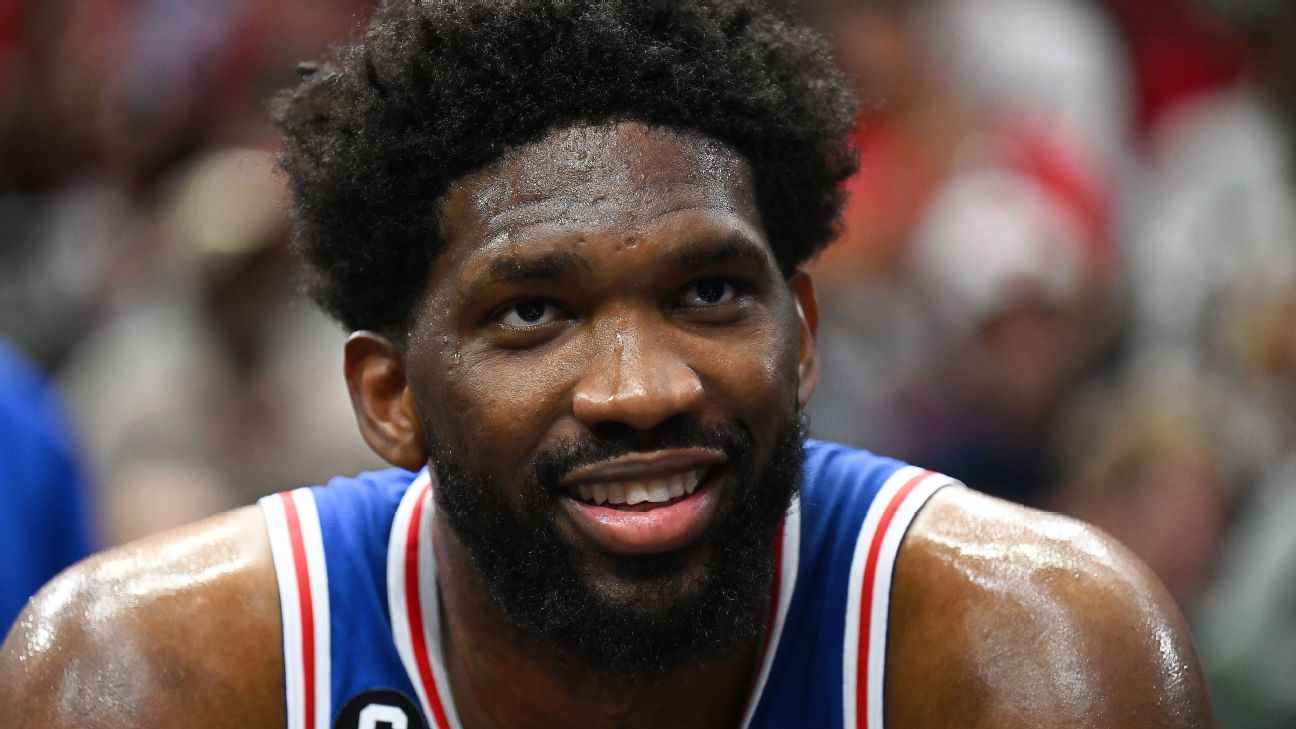 PHILADELPHIA — Shortly after his Philadelphia 76ers escaped with a 133-122 overtime victory over the Los Angeles Lakers, coach Doc Rivers eased into a chair before the news conference and, before he could answer a question, summed up how his night played out.

“I thought we would start this about 15 minutes ago,” Rivers said with a smile.

So did virtually everyone else inside Wells Fargo Center on Friday night when Joel Embiid split a pair of free throws to make it 119-110 with 34.8 seconds to go in regulation.

From there, however, a comedy of errors allowed the Lakers to not only get back into the game but have a chance to win it in regulation.

The Sixers committed three turnovers in the span of 21.6 seconds, as well as split a pair of free throws, to give their opponents life.

“Just trying to figure out what the hell was going on, honestly,” said Embiid, who had 38 points and 12 rebounds in 46 minutes, when asked what was going through his mind during Philadelphia’s fourth-quarter collapse. “It should have never been in that position. But I’m glad we got another opportunity at it, and we went to overtime and closed it out.”

While Philadelphia was doing its part to give Los Angeles a chance, the Lakers did plenty to help their own cause, getting a layup from Patrick Beverley, a pair of free throws from Anthony Davis and a 3-pointer from Austin Reaves to pull to within 120-117 with 10.5 seconds to go.

At that point, Reaves was fouled by Matisse Thybulle on a 3-pointer with 9.2 seconds to go, sending the second-year forward to the free throw line with a chance to tie the score. But after Reaves made the first two free throws, he missed the third. In the ensuing scrum for the ball, it wound up being last touched by LeBron James — giving Philadelphia possession with 5.5 seconds to go and a chance to, finally, get the ball inbounds successfully.

Instead, Tobias Harris lofted a pass in the air toward Embiid after he had nowhere to go with the ball — only for it to hit Embiid in the face and bounce away.

The ball wound up in Davis’ hands, who then executed a give-and-go with Russell Westbrook before Harris fouled him with 3.7 seconds to go.

But with a chance to put the Lakers up 1 — and on the verge of securing a truly improbable win since Philadelphia had no timeouts left — Davis missed the second free throw, allowing the 76ers new life and sending the game to overtime instead.

“It hurts for sure,” said Davis, who finished with 31 points — 25 of which came after halftime — 12 rebounds, two assists and two blocks in 36 minutes.. “Especially when you make the first one.

“I put a lot of pressure on myself to make free throws, especially in that type of situation. I’m still kind of shocked that I missed it.”

For as dramatic as the end-of-game sequence was, the overtime period wound up being rather anticlimactic. Rather than continuing their descent into madness in the extra session, Philadelphia immediately got its bearings, outscoring Los Angeles 13-2 in the extra session, as Westbrook missed more shots by himself (going 0-for-5) than the 76ers took as a team in the overtime period (going 3-for-4, plus a perfect 7-for-7 from the free throw line).

“Honestly, probably just the disappointment for blowing that [lead] and allowing it to get that close,” Harris said, when asked how he and his teammates got back on track.

“We knew we needed to do anything possible to come out of here with a victory.”

The bizarre collapse in the final moments overshadowed what was the game of the career of guard De’Anthony Melton, who finished with 33 points on 11-for-16 shooting, including 8-for-12 on 3-pointers, to go along with seven steals.

“Honestly, my teammates was just finding me,” Melton said. “Some of those passes, the way they got through, I mean, I’m pretty sure they didn’t think they were going to get through. But they kept getting through, they kept finding me and they kept leaving me open so I kept shooting it and shooting it with confidence.”

Even though the 76ers managed to, after a disastrous performance in the closing moments of Monday’s loss in Houston to the lowly Rockets, coupled with their foibles late in this one, Rivers said that those issues are going to be sorted out moving forward.

“All our guards, we all have to come to the ball,” Rivers said. “We have to get open. We have to play through fouls at the end of the game … it can’t happen. We’ll fix that.”