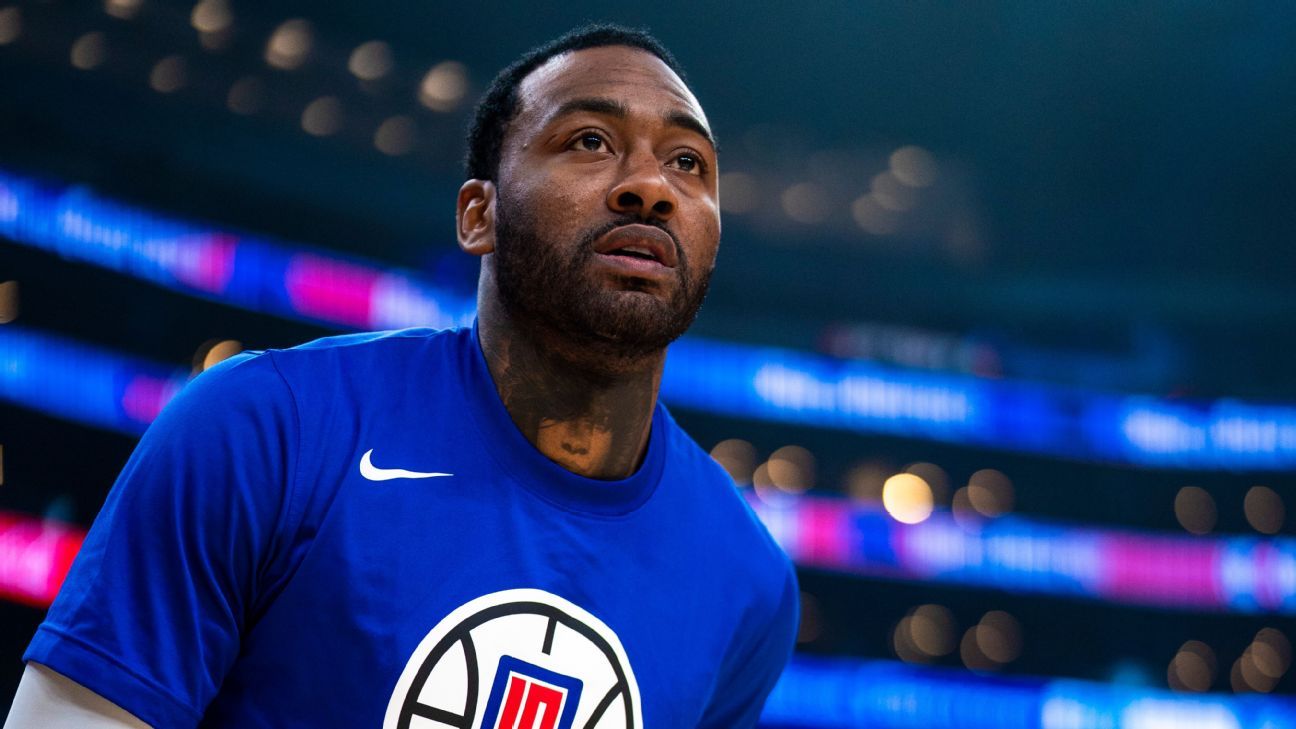 John Wall has been looking forward to playing in front of fans again in Washington, D.C., and he will do that while likely making his first start for the LA Clippers.

Wall is in line to make his first start of the season on Saturday against his former Washington Wizards team after the Clippers ruled starting point guard Reggie Jackson out because of rest.

“For me, I just want to win, to be real,” Wall told ESPN in an interview last week about his return to D.C. “Like I’m going to tell the team before we play, don’t make it all about me. It’s bigger than me. End of the day, it’s big for me and big for this city because of how much I meant to them, how much they meant to me. But I don’t ever want to take it from the Clippers because it’s a team basketball game. So don’t try to like run everything through me and do everything for me. Let the game play like how it’s going to play. That’s just how I want it to be.

“… I don’t want it to be all about me. I know it’s going to be a lot of emotions, a lot of cheers every time I touch the ball, score the ball, but I just want to walk away with a win. That’s the most important thing for me.”

The Clippers, though, know how big this game and moment will be for Wall. This will be the 2010 No. 1 overall pick’s second time back since being traded by the Wizards to Houston with a protected 2023 first-round pick for Russell Westbrook in December 2020.

But it will be his first game playing in front of fans at Capital One Arena as an opponent. Wall had 29 points and 11 assists in a Wizards’ 131-119 win over the Rockets on Feb. 15, 2021, but there were no fans in attendance because of COVID restrictions.

The Wizards will welcome Wall back with another video tribute on Saturday. They gave their former franchise point guard a video tribute before, but there were no fans to see it and shower Wall with cheers.

Wall, who was very involved in the D.C. community, has not played in front of the Washington fans since Dec. 16, 2018, after playing in just 32 games during the 2018-19 season and then missing all of the 2019-20 season because of surgeries on his left heel and Achilles. Wall had an infection from the procedure on his heel that Wall said nearly led to having his foot amputated.

Wall then was in “the darkest place I’ve ever been,” as he described to ESPN in July. His mother died of breast cancer in December 2019. Then he lost his grandmother just weeks before his return to Washington in February 2021. The point guard detailed how he had suicidal thoughts in a deeply personal Players’ Tribune piece and that he sought therapy.

Now Wall says he is back to doing what he loves again. After agreeing to a buyout with the Rockets and signing with the Clippers in July, Wall has come off the bench in all of his 21 games this season, averaging 12.6 points and 5.8 assists in 22 minutes per game. The Clippers have monitored his playing time and held him out of one game in back-to-backs this season after the point guard played in just 40 games over the previous three seasons. He sat out all of last season as the Rockets were going in a rebuilding direction.

On Saturday, he likely will start again in front of his old fans. Wall sees this as an opportunity to thank the fans and friends in person for helping him grow up from a teen into an adult.

“I called it like my second home,” said Wall, who grew up in Raleigh, North Carolina. “I feel like it’s going home to me.

NBA suspends Brooks, fines Mitchell for dust-up
LeBron James odds for when he will break scoring record
Jimmy Butler threatens to bring his dreads back after the All-Star Break
NBA Mock Draft: Who could trade for the No. 1 pick?
NBA trade rumors: Jae Crowder trade may be coming after unexplained delay