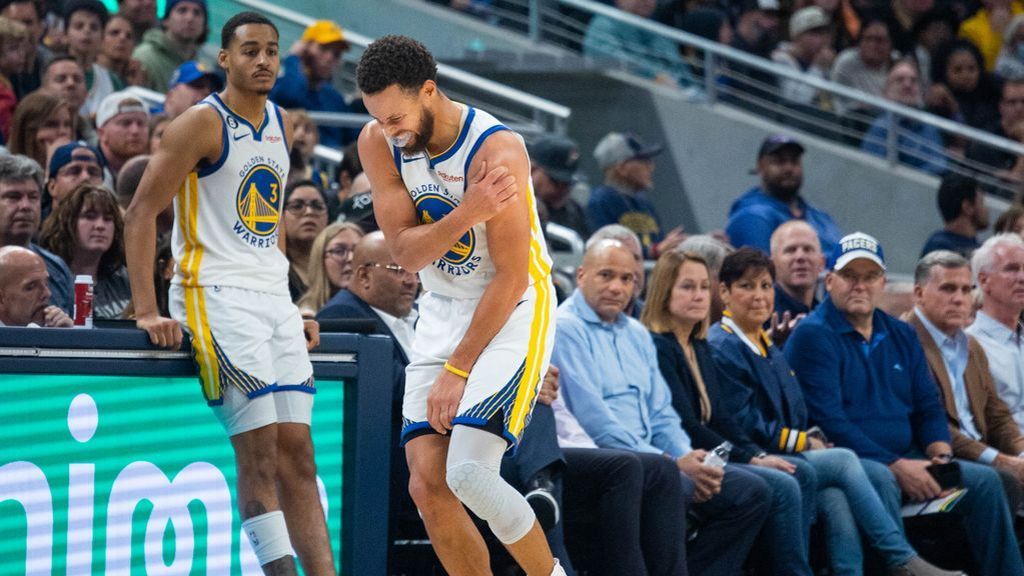 The Warriors announced on Thursday that Curry suffered a left shoulder subluxation but did not provide a timeline for return.

Curry suffered the injury with 2:04 left in the third quarter of Wednesday’s loss to the Pacers, after attempting to strip Jalen Smith of the ball as Smith drove to the hoop.

Curry immediately grabbed his left shoulder and continued to hold it as he ran down the court. The Warriors subsequently called a timeout, and he was looked at by two trainers on the bench. A few minutes later, Curry went back to the locker room and was officially ruled out of the game in the fourth quarter.

He underwent an MRI on Thursday that revealed the injury.

“I have no idea how long he’ll be out, I’m just relieved that is was not more serious and that he will be back,” coach Steve Kerr said in a radio interview with 95.7 The Game on Thursday.

The Warriors are two games into a six-game road trip. They return home on Christmas Day against the Memphis Grizzlies, which kicks of an 8-game homestand.

“The good news is … Steph will be back with lots of season left,” Kerr said. “It doesn’t feel like anybody is running away with the West and as long as we can just stay within striking range we feel good about our team when we’re healthy.”

Golden State fell to 14-15 with Wednesday’s loss and are 0-3 this season without Curry.