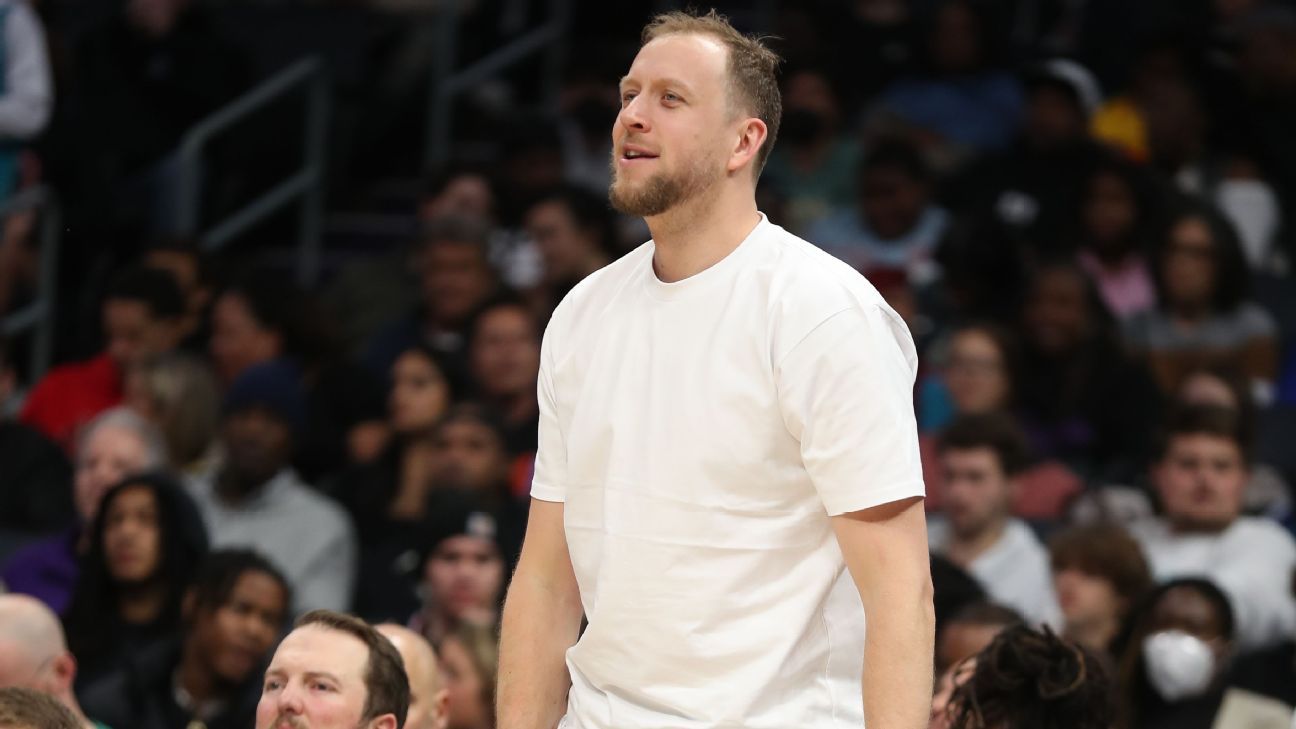 After nearly 10 months of rehabilitation on a torn left ACL, Milwaukee Bucks forward Joe Ingles will make his return against the New Orleans Pelicans on Monday, his agent, Mark Bartelstein of Priority Sports, told ESPN on Saturday.

Ingles successfully completed a final 5-on-5 workout Saturday, and that was considered the last hurdle in his comeback.

Ingles has been ramping up his return to play, including practices with the Bucks’ G League affiliate.

Ingles, 35, signed a one-year, $6.5 million free agent deal with the Bucks in July and now brings his ability as a floor spacer and his years of proven playoff performances to Milwaukee’s championship chase. Despite awaiting his debut with the Bucks, the team has already welcomed and embraced Ingles’ personality and presence.

Ingles suffered the season-ending knee injury Jan. 30 while with Utah, and the Jazz used his expiring contract in a three-team deal that landed him in Portland for the rest of the season. Prior to the trade, Ingles spent his entire eight-year NBA career with the Jazz, averaging 8.6 points on 41% 3-point shooting in 590 games. In 45 playoff games — including 40 as a starter — Ingles averaged 9.8 points, 3.8 rebounds and 3.8 assists.