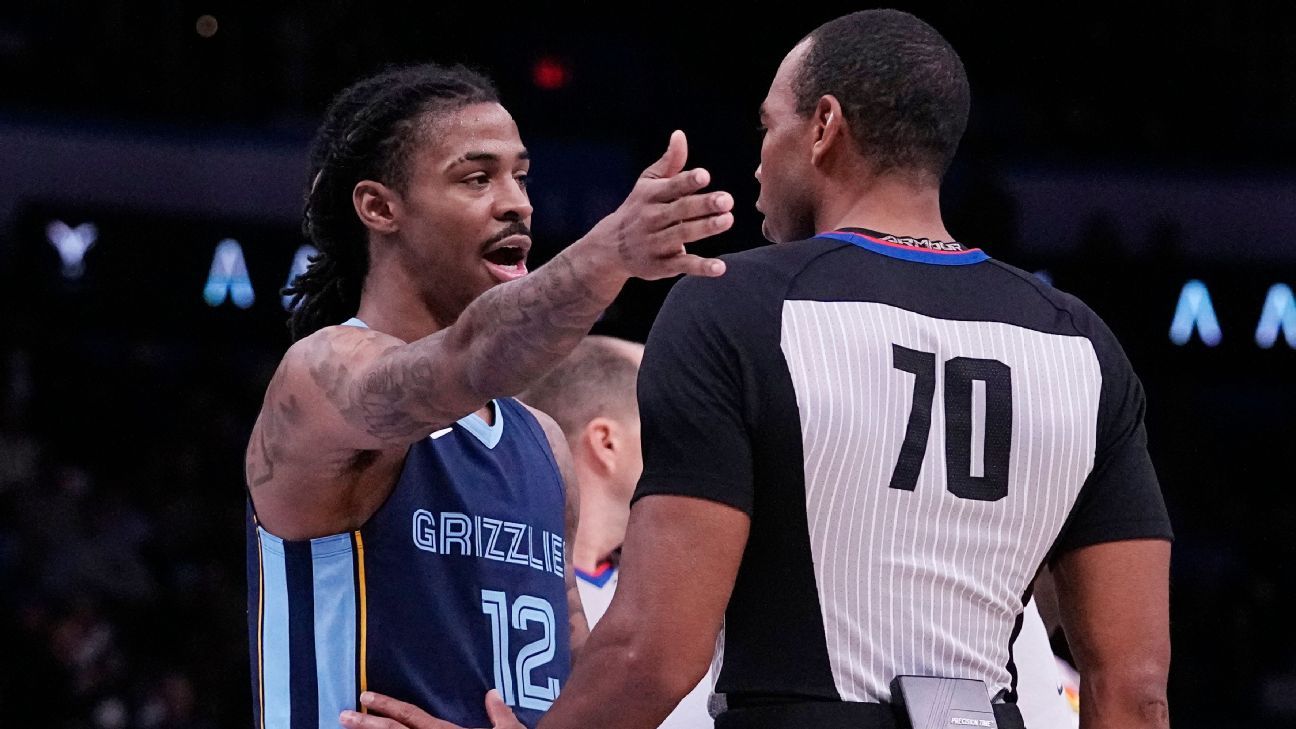 OKLAHOMA CITY — Memphis Grizzlies star Ja Morant was ejected just before halftime of Saturday night’s 115-109 loss to the Oklahoma City Thunder after apparently making remarks to courtside Memphis fans that were derogatory about the officiating.

Morant was ejected with 43 seconds left in the half when he was called for his second technical foul. He picked up his first technical 11 seconds earlier after committing a foul to stop play and complain about a no-call on a drive to the basket.

According to a pool report, crew chief John Goble said Morant was assessed his first technical “for use of profanity directed at an official” and that the second technical was “for making a comment questioning the integrity of an official.”

Asked if the second technical was called as a result of Morant’s conversation with fans, Goble said, “No.”

Morant didn’t say specifically what he said to the fans, but did confirm the conversation and said he wasn’t speaking to the official before either technical.

“I got my first tech for saying I got hit in my (expletive) face. Didn’t curse at him,” Morant said. “Another situation where he’s in my conversation and I get another tech for talking with a fan. I feel like when these fans came here, went online to buy these tickets, they didn’t say Ray [Acosta’s] name to come watch.”

Morant scored just six points on 3-of-10 shooting, and the Grizzlies’ seven-game winning streak was snapped.

On his way out of the game, Morant gave the courtside fans two thumbs up. And his conversation with them continued from the locker room.

Morant reportedly called his father, who carried a cell phone over to the fans Morant had been interacting with. Morant confirmed he spoke to the fans on Facetime after his ejection, saying he wanted to thank them for supporting him.

“They came to support us,” Morant said after the game. “They came to watch us play. I don’t care about getting fined.”

Morant was ejected from a game on Dec. 1 and was fined $35,000 for his comments about officiating. He was asked if he felt as if he was being singled out for his on-court behavior.